The Craft Beer Cookbook: The Recipes are the Real Deal 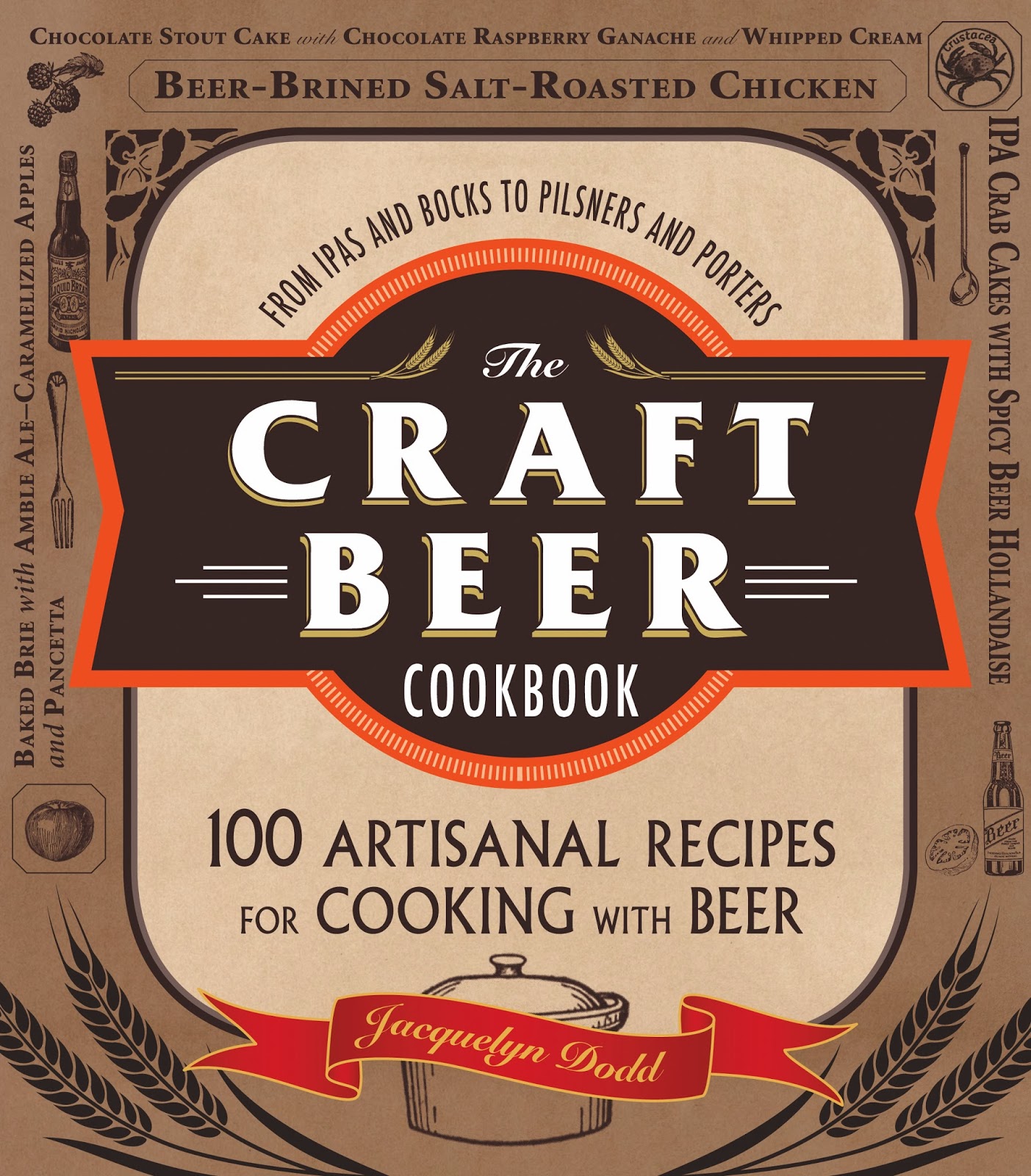 Let me get this out of the way:  I haven't been much of a fan of all those "cooking with beer" recipes.  They strike me as either hopelessly gimmicky or generic.    Some seem to be taken from some high end gastropub and call for some nearly impossible to find beer, without suggesting any substitutes to use if you can't find the beer specified.   Others simply list "beer" as an ingredient, presumably some light lager which offers little flavor in whatever form it takes.  Many are so complex that only a restaurant kitchen could really produce them, while others involve routine pub fare with just some beer dumped in for good measure.    Rarely do I find any of these recipes particularly interesting or suited for the home kitchen.

Which makes The Craft Beer Cookbook different.   Not only are the recipes accessible, author Jacquelyn Dodd specifies particular beer styles for each recipe, but instead of specifying a particular beer, provides flavor profile guidelines for best results.  Perhaps this shouldn't be surprising since Dodd has been at this for a while on her website The Beeroness.  She writes in a readable, conversational style and leads off with an introduction sharing her wisdom on adding beer to existing recipe while still maintaining a good balance of fats and flavors.  She also finds ways to introduce craft beer into any dish or concoction imaginable, from baked goods, to appetizers, sauces, seafood, main courses, desserts, and even breakfast.  Dodd's also a food photographer, so took all the colorful pictures throughout the book.

Of course, cook books the are easy to read and have lots of nifty pictures are nice, but cook books ultimately succeed or fail on the strength of their recipes.   So one night, I cooked a dinner of "Roasted Mushroom and Brown Ale Soup" and "Stout and Pomegranate-Glazed Chicken Wings".  Dodd recommended using a nutty brown ale for the mushroom soup, so I used Strike Brown Ale, and for the wing glaze I went with good old Guinness Extra Stout.  The soup had a great depth of warm, earthly flavors although it was hard to pick up the brown ale.   The roastiness of the Guinness Stout paired well with pomegranate flavors in a chicken wing glaze.  It was a great dinner with both dishes working well.    Later that week,  I whipped up a batch of Dodd's "IPA Honey Mustard Vinaigrette"  using Bear Republic Racer 5 IPA.   It turned out to be a unique vinaigrette with a strong citrus punch and a great balance of sweet, sour, and bitter flavors giving a surprisingly Asian character to salads.

As successful as these recipes were, my favorite was "Chocolate Chip and Smoked Porter Pancakes", which I  made with one of my all favorites, Stone Smoked Porter.   I was a little worried these pancakes would turn into something sickening sweet you might have at IHOP.  Instead, these fluffy pancakes had a great complex chocolate flavors with a smokiness from the porter that were a hit for all ages at the family breakfast table.   My 10 year old daughter remarked, "The beer gives it a nice flavor," despite her unfamiliarity (thankfully!) with Stone Smoked Porter and asked, "Can you make this again?".  My twelve year old son has autism so is a man of few words but declared them simply "Good".   And lest you think I served alcohol to my kids for breakfast, Dodd illustrates that for most recipes, a majority of the alcohol cooks away.

Some may call this book yet another gateway for people to enjoy craft beer.   Others may point to this book as further proof that beer is the new wine.  Without getting get into some deep culinary discussion here, I'll just say that years from now, I'm sure my copy of The Craft Beer Cookbook is going to have lots of well worn pages with food stains all over them.
at October 29, 2013