Beer of the Month: Apex IPA from Bear Republic 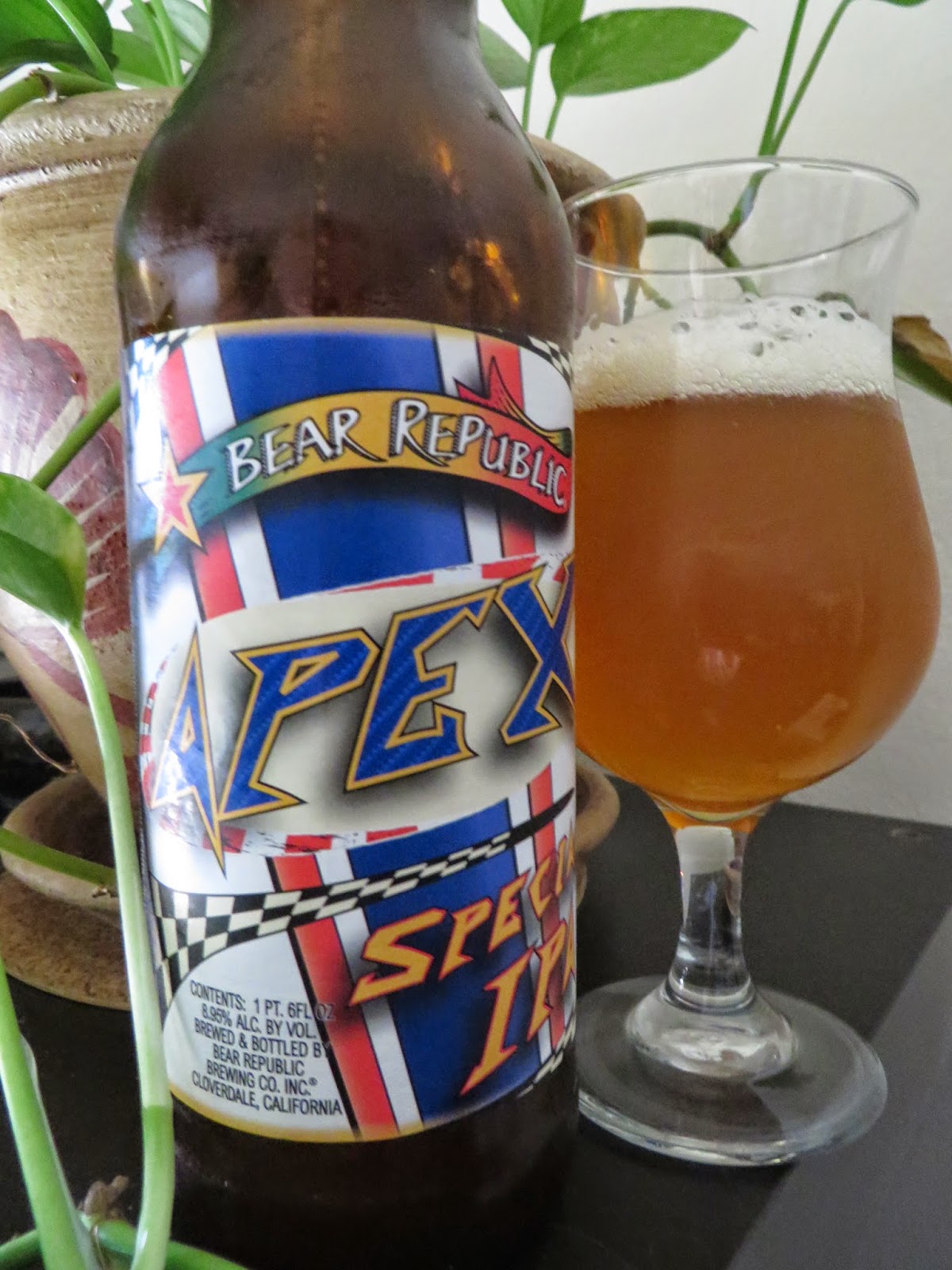 After cooing over the subtleties and nuances of a couple of pale yellow brews for the last Beers of the Month, it's high time I choose one that will put some hair on your chest.  So this time around, I'm going with Bear Republic's Apex IPA.  Apex IPA is a testament to both Bear Republic's hop alchemy and truth in advertising, as Apex does indeed reach the ultimate height the West Coast IPA can possibly reach.

I knew this was going to be good the nanosecond all those wonderful grapefruit aromas hit my nose. Behind all those aromas were flavors of great depth and brightness of grapefruit and floral notes produced by a blend of Cascade, Columbus, Centennial, Cinook, Mosaic and (whew!) Citra hops. Underneath all those hops is a dry, hefty neutral malt backbone fully supporting all those hops while letting all their flavor notes shine through.  At 8.95% abv, it's either a strong IPA or a light Imperial IPA.  You decide.

Bear Republic has been brewing Apex for a few years and even won Silver at the 2006 Great American Beer Festival but this is the first year they started bottling it.  This is seriously the West Coast IPA all other West Coast IPA's should aspire to.  So, if you ever meet one of those jaded beer hipsters that tell you "Pliny the Younger isn't that good", you'll know they've had an Apex.  Or at least they should have.