What to say about Friday evening's SF Beer Week Opening Gala? Well, there are a lot more Bay Area breweries than I realized. Cruising up and down the aisles, my alcohol addled mind making critical calculations on what beer to have next, I kept in internal running dialog on each brewery as I'd make my next selection like "Never heard of that one....I heard they're good...the one beer I ever from them was just OK". There was a time not too long ago you could reasonably know all the Bay Area breweries without dying of alcohol poisoning. Today, that's completely impossible. So when contemplating your next beer from what the entire Bay Area brewing scene has to offer, I suggest you do what I did that night. Just try whatever you feel like having.

I had a lot of good beers that evening, but none of them had the real "Wow!" factor. I'm beginning to think that's not so much an indictment of today's breweries as an indirect compliment. So many talented brewers have raised the bar so high yesterday's "Wow!" is today's "quite good".  In fact, most of the beer I had was in the "quite good" category. A small few were, in my opinion, just "good". One was a very interesting experiment, I might really like if I got to know it better, but at this point I'd call it an eclectic acquired taste. Only one beer seemed like a real misfire, although it was still drinkable.

Stuff I particularly liked, in no particular order was Valley of the Hearts Delight by Almanac, SMASH Mosaic by Black Sands, Pipe Tobacco Porter from New Helvetia, Shoeless Joe Imperial Brown from Strike Brewing, Big Moody Barley Wine from Santa Clara Valley Brewing, Citroen Farmhouse Ale from Baeltane Brewing, Briny Melon Gose by Anderson Valley, 10 Lizzy Scotch Ale from Dust Bowl Brewing and Tommy Time IPA from Alpha Acid. I'm probably missing one or two from that evening. Sorry, as you can tell, I had a lot of beer that night.

I'll leave you from a few, slightly blurry images from an evening with its share of blurry moments.

(And in case you were wondering, I took public transportation all the way home.) 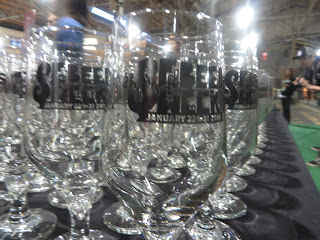 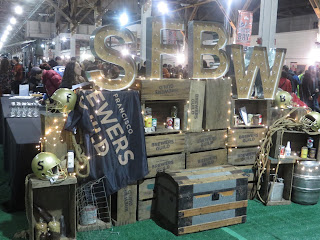 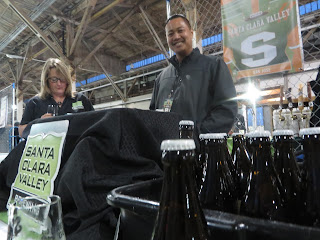 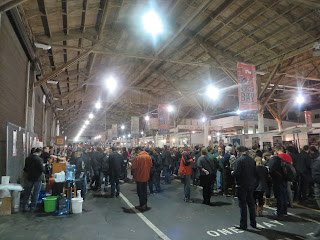 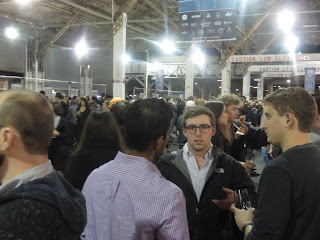 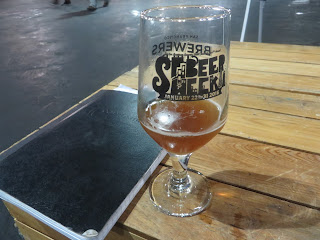