The Blurring of Corporate and Craft Beer: Craft Gets Bigger 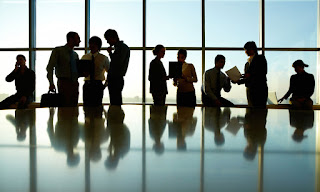 As we've witnessed the boundaries corporate and craft beer dissolve, most of the attention has been focussed on large corporate breweries buying up smaller craft breweries. But another development is happening more quietly: Craft breweries are getting bigger and more corporate.

For example, Deschutes announced plans to build a second brewery in Roanoke, VA. Long associated with central Oregon, it seems a rather dramatic step for Deschutes, despite the fact it already distributes into 28 states. Undoubtedly that number will grow substantially once their East Coast brewery is completed, which the press release estimates will happen in 2021, which seems an awful long way off, even by brewery construction standards. The fact remains, Deschutes joins a growing list of independent "craft" breweries like Sierra Nevada, New Belgium, and Stone Brewing with multiple brewing locations either established or in the works. (And you could add Lagunitas to that list if you want to, even though they are 50% owned by Heineken.)

In another development last March, Boston-based Fireman Capital, which owns Colorado's Oscar Blues and the Utah Brewers' Collective (Utah's Squatters and Wasatch brands), announced it was acquiring a controlling interest in Tampa's Cigar City Brewing.  This deal had its share of drama as Cigar City spent 2015 seeking funding to expand its 60,000 barrel per year brewing operation from various suitors. Cigar City even signed a letter of intent to be acquired by A-B InBev in late 2015, but that deal ultimately fell through. With the addition of Cigar City into its brewing portfolio, Fireman Capital holds a controlling interest in five breweries which 325,000 barrels annually.

Whatever your thoughts of corporations buying up smaller independent breweries, it's undeniable that many craft breweries are beginning to resemble corporations, with multiple production facilities and private equity investments. The simple David vs. Goliath narrative that was much of the emotional driving force of America's brewing revolution is only getting increasingly muddled.
at April 05, 2016