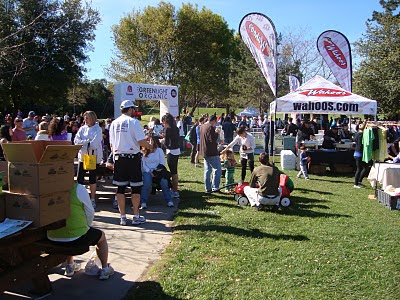 There's something about a sense of optimism surrounding the first race of the year. You have some idea what kind of shape you're in, but until tested by the unforgiving stop watch, you never quite know. If you're faster than you expect, you're off to a good start. If you're slower than you expect, you learned something valuable and there's still plenty of time to catch up in your training if need be. But of course, it's just great to be out there running with lots of other folks again.

And so it was with Linda and I running the Going Green St. Patrick's Day 10 k Run last Sunday. For a first time race, it was pretty successful and everyone seem to have a good time, even if the mile markers were a bit off. I just hope the course was long, judging by my time. It was a good tune up for the Santa Cruz Half-Marathon next April, and good to know your fitness level four weeks before the race, rather than finding out the hard way at mile seven of a half marathon.

While January is often the traditional time to make plans for the upcoming year, it's people often early spring when people look hard at what they want to accomplish for the year. Whether family, career, money, or fitness and recreational goals, early spring is often when we look at what we want to accomplish for the year with a sense of optimism.

So after battling injuries and dealing with the associated frustration for nearly two years before getting things literally straightened out with a chiropractor, I've set very general goals for the year of to run with less pain and work on needed core strength, balance and flexibility to make this happen. My 42 year old body does not take as pounding around the track for the morning interval workouts, and so will focus less on finishing time and place than in years past. Given that there's a lot I'd like to accomplish outside of running this year that will require time, effort, and mental focus, this seems to be the way to go.

I'll take a similar attitude with home brewing. There was a time late last year I was all gung ho about getting into homebrewing competitions. Then, I began to realize there was this small issue that I barely had the foggiest idea about how to take care of yeast, impart the hop flavors into the brew, get rid of off flavors, and the other "little" things required to make a good brew. So I'm going to take the time to learn some of these things while making enjoying the brewing process and the results. And I'll be homebrewing with a friend of mine I don't see often enough this year who's been looking to get back into home brewing again.

That evening, Linda and I went to our favorite brewpub El Toro, a small celebration of sorts for a job reasonably well done that morning at the races. We have a lot of plans for the year together and there's lots of hard work to be done after a tough 2009, but we're looking forward to the upcoming year. These are good times. 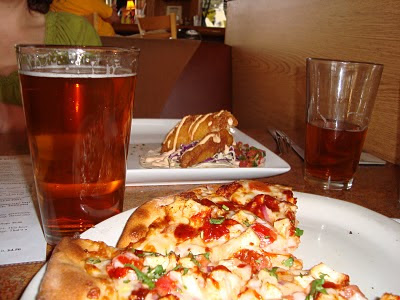