Ales for Autism's First Event a Success Despite a Big "Problem" 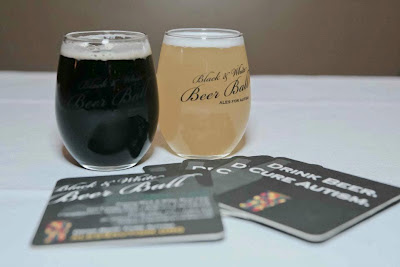 So just how did things go with Ales of Autism's first event, their Black and White Beer Ball held last February 17th?  Well, they had a small problem when one of the participating breweries submitted a beer that wasn't black or white, and thus didn't fit the event's format.  That was quickly overlooked since this denoted beer was none other than the legendary Pliny the Younger!

Given this was the biggest "problem"  of the evening, it's no surprise that Ale's for Autism first event was a rousing success.  "I don't have a final number, but we raised about $3,000!", recounted an enthusiastic Greg Coll, founder of Ales for Autism.   "There were around 300 people and it was a great success. Almost everyone dressed up and they could not stop talking about how they wanted to go to the next (Ales for Autism) event."

And just what is the next Ales for Autism event?   Why it is a release/tasting party at Pyramid Brewery in Berkeley on April 7th from 1-4pm for $20. Unlimited tastings and 100% of the proceeds go to Ales for Autism.

As over 1 in 150 children diagnosed with autism, someone you know is probably struggling with this affliction in their family.  So let's thank Ales for Autism and all those who attended last Friday's Black and White Beer Ball, who all got together to support those struggling with the autism. 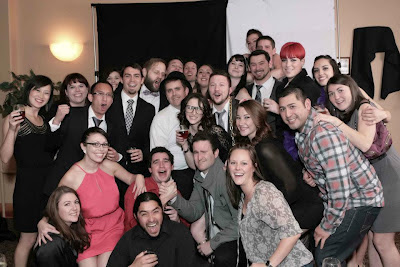