Willows Market: The Boutique Gourmet Store That Desires to be Something Else 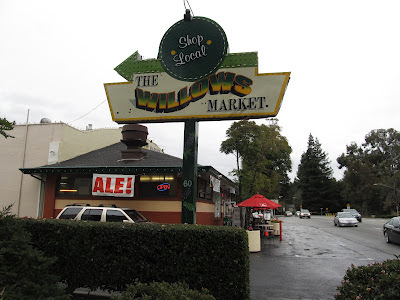 ﻿Menlo Park's Willows Market looks like a typical upscale grocery store in some old money neighborhood.  But you don't have to look hard to discover its true aspirations.  Signs outside proclaiming "Ale!" or  "Almost 1,000 craft beers in stock" reveal that deep down, this boutique grocery store secretly wants to be a bottle shop.
Walk right in and the first place you'll find yourself is the Belgian Beer Cove at the front of the store.  How often do you find something like that at some little independent grocery store? 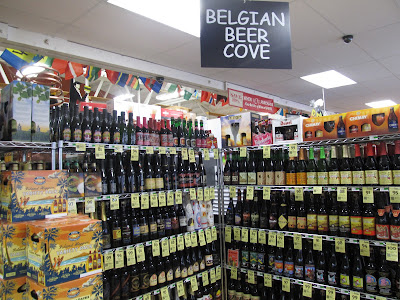 Make your way to the back and you'll find beers from all over California, the United States, and the World that are hard, if not impossible, to find elsewhere in the Bay Area.  There are helpful signs letting you know certain selections scored high on Ratebeer.com﻿.  Maybe 20% of the floor space is devoted to beer, pretty high for a grocery store, and more than a few liquor stores.  I hear they have a good deli and butcher section, but I'm just there for the beer. 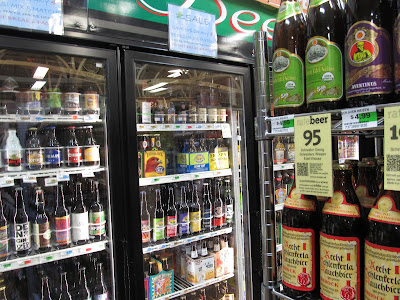 C'mon Willows Market, who do you think you are kidding?  You badly want to be the premier bottle shop on the San Francisco Bay Peninsula, and you've arguably succeeded.﻿
at February 23, 2012