San Jose now has a tap room at Hermitage Brewing 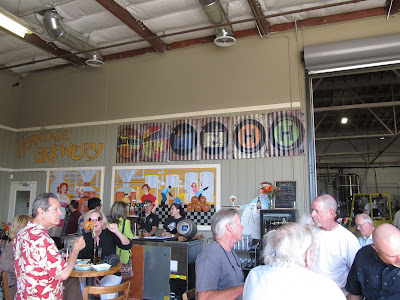 Within a gritty industrial district south of downtown San Jose, a tap room has emerged at Hermitage Brewing this past weekend.  Coils of barbed sitting atop the chain link fence around the brewery create an imposing look. It's a place one would expect to find construction supplies or a good auto body shop, not one where some of the finest beers of Northern California flow.

In addition brewing Hermitage Beers, a number of other beers are brewed under contract at the brewery.  This includes the beers of Strike Brewing, Santa Clara Valley Brewing, and a couple others I'm probably not supposed to name.  Almanac Brewing, who tout their heirloom Sonoma County ingredients and farm to bottle ethic also brew most of their beers at this industrial park location.  The new tap room is a place to drop by and enjoy the Hermitage beers on tap, bringing people to the brewery where it all happens.

Of course, getting beer to the masses is a lot easier than getting the masses to the beer.  How does Hermitage plan to draw people to a place where even Hermitage Brand Manager Carolyn Hopkins-Vasquez admits is "not in a area where people would normally pass through"?  With San Jose State University's football stadium and the San Jose Giant's Municipal Stadium a short walk away, one way is to coordinate tap room events with football and baseball games.  Another plan in the works is tap take-over events for the different contract brewers.

Investing in a tap room in the middle of an unglamorous industrial zone may seem like a risky proposition, but it's actually a tried and true formula.  Lagunitas, Devil's Canyon, and Drake's are three nearby breweries that created vibrant social scenes within similarly drab industrial locations.  As Carolyn Hopkins-Vasquez puts it, "The area needs this." Beer has the power to connect people to places they otherwise wouldn't connect to.  I'm eager to see what Hermitage will accomplish with their new tap room. 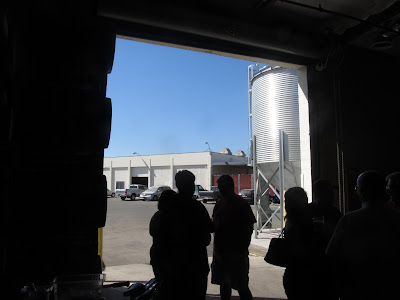 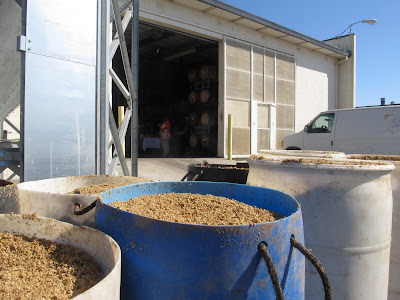 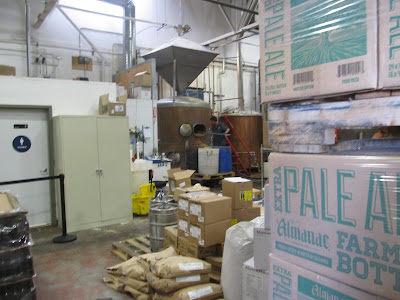