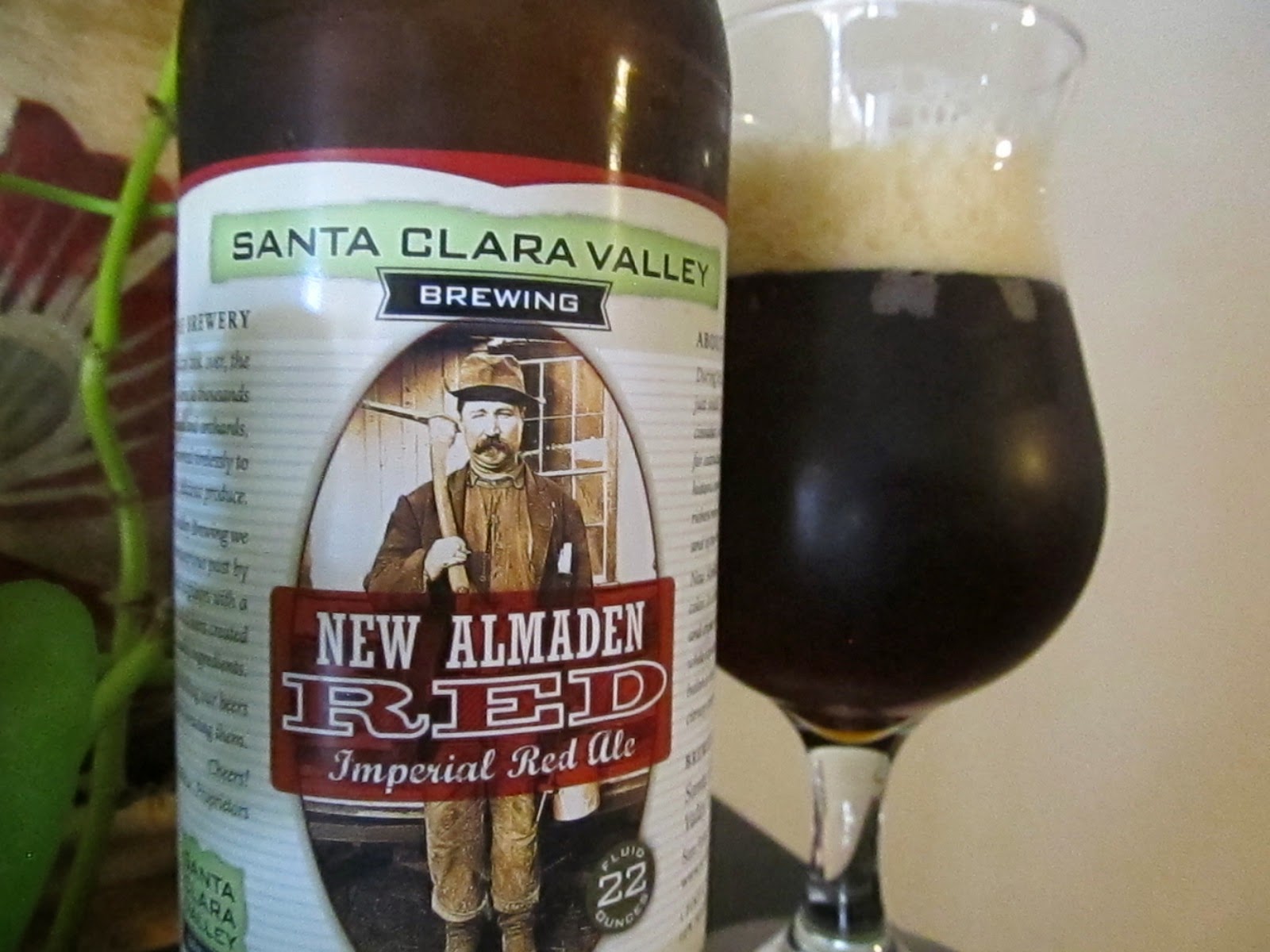 Our Beer of the Month for March comes from a brewery that seems like it's been around for a couple years, but only started brewing late last spring. It's from Santa Clara Valley Brewing, formed by multi-GABF award winning brewer Steve Donohue and Apple Executive Tom Clark.  Their Electric Tower IPA drew plenty of raves, including one from yours truly, and Electric Tower tap handles have been popping up all over the South Bay.

Their recently released New Almaden Imperial Red proves Santa Clara Valley Brewing is no one hit wonder.    There's plenty of malt, giving it a creamy mouth feel and lots of roasty and earthy flavors but hefty additions hops create citrus flavors pushing through all that malt goodness, resulting in a beer with plenty of bold flavors.  For all its strength and assertiveness, it's also surprisingly smooth.  I hesitate to describe a beer at 10.0% abv as drinkable, but it's certainly an easy sipper.

The name comes from one of my favorite places to the run in the Bay Area.   Reddish, cinnabar mercury ore was mined at New Almaden just south of South Jose starting in the late 1800's  primarily for gold extraction to support the gold discoveries east of Sacramento.  You can find ruins of these mines at Almaden Quicksilver Park, which has numerous trails, rugged hills and spectacular view for excellent trail running.  Every Saturday and Sunday morning, plenty of running groups will gather at the MacAbee Road entrance to "do Quicksilver".  I've also taken the family for hikes there many times as it's a great place to learn our region's history, enjoy nature, take in excellent views of nearby Mount Unumhum and challenge yourself on the trails if you're so inclined.