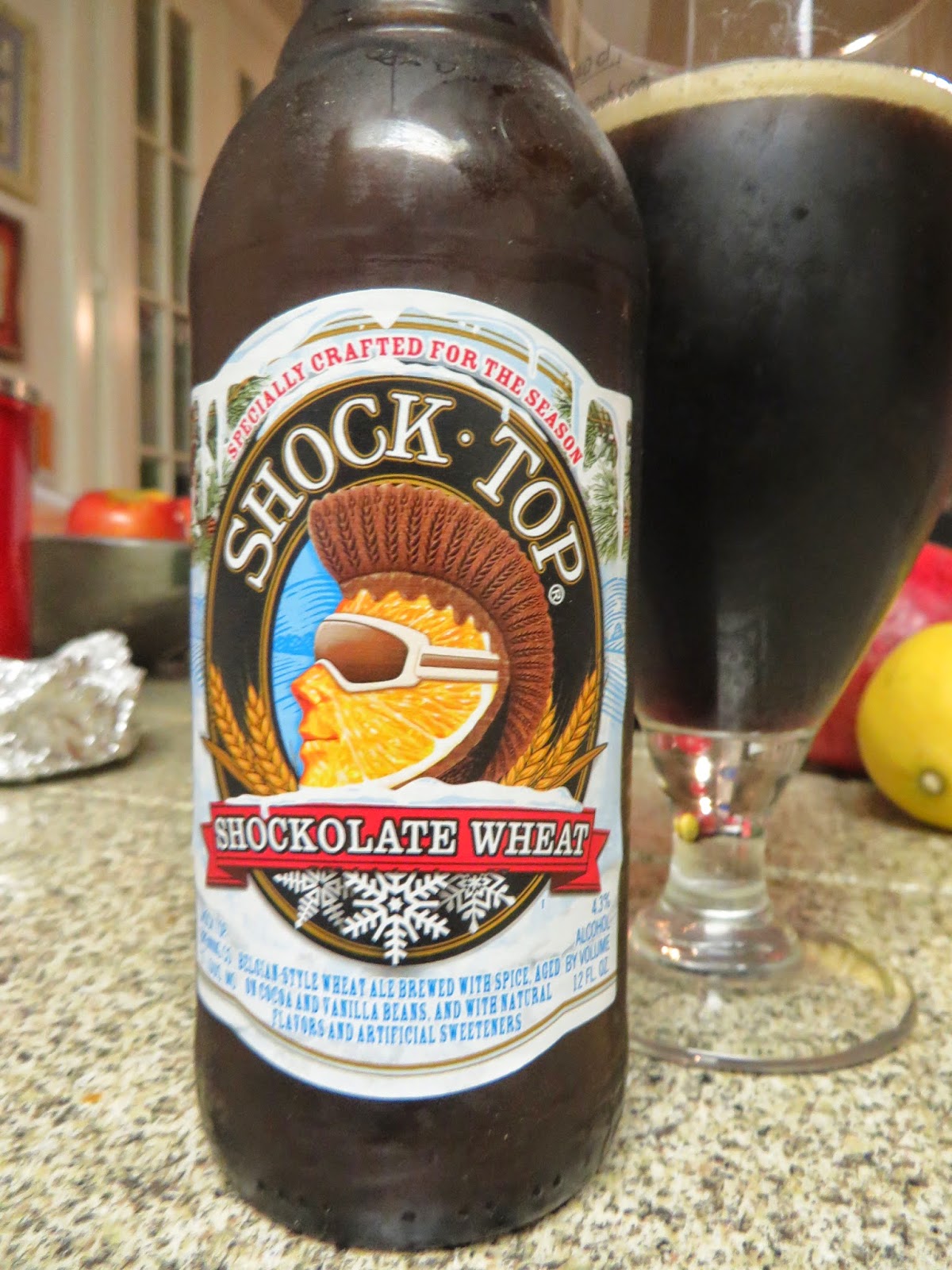 It's an intriguing beer from a polarizing brewery. I'm talking about Shock Top's Shockolate Wheat, which tastes like someone poured a shot of Hershey's chocolate syrup into a glass of Belgian Wheat Beer. Somehow, that sounds both dreadful and awesome at the same time.  As you might guess it's kind of sweet, the yeast and chocolate combining to taste like a malted milk ball.  Any more sweet and it seriously drifts into alcopop territory, although I wouldn't blame anyone who thinks it's already there.

I'm not supposed to like this beer, but I sort of do and I'm not alone.  It garnered a rating of OK on Beer Advocate, an unbelievably high score from a beer geek crowd that normally loathes Anheuser-Busch products.  One reviewer wrote, "It's a curious blend of attributes that is mildly pleasing to the palate, but strange nonetheless."  Yeah, pretty much what he said.