Craft? Independent? Why is it so challenging to describe breweries these days? 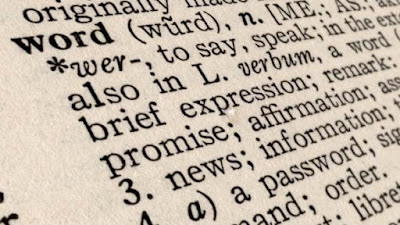 There's been much passionate debate among something as seemingly meaningless as what is "craft" beer, and whether the term really means anything.  Some, like All About Beer editor John Holl, declared they would be doing their best to avoid the  term "craft beer", simply calling it "beer".  Now, a new semantic debate has reared its head on whether we should use the word "independent" to describe the small, local breweries that are independently owned, differentiating them from large corporate breweries that either attempt to mimic them ("Shocktop, Blue Moon, 10th and Blake) or smaller breweries the corporate giants have recently acquired (Goose Island, Saint Archer, Ballast Point).  Should we all just call it beer?

Well, maybe. But I think the growing difficulties in using a word like "craft", "independent" or simply "beer" these days shows the world of beer has changed a lot in the past decade and one-word descriptors are problematical.  Part of this seemingly pointless semantic debate is fueled by a growing fear that if consumers aren't educated that, for example, 10 Barrel Brewing is just a front owned global beer conglomerate A-B InBev, the bad guys will win. This is a genuine fear. Of course, stuff like that really doesn't matter to the other 99% of the US population which would just like to drink something they enjoy.  And like it or not, a very large fraction of the rest of the world is still perfectly happy drinking a lager produced by a huge global corporation, thank you very much.

Is one word really enough to describe a brewery these days?  Again, let's take 10 Barrel. Isn't "corporate owned regional brewery" a more accurate description than "non-independent" or "craft" (or "non-craft", depending on your point of view).  What about breweries that have a small taproom and maybe distribute a few kegs to taverns here and there?  Doesn't "small local brewery" describe these breweries better than "craft" or "independent".  Has Boulevard Brewing and Firestone-Walker lost their "craft" or "independent " status simply because they are owned by an international corporation, granted one that demonstrably cares about quality and delivers excellent beer?  Maybe "major national breweries" best describes these two. What about Lagunitas?  Is it "half independent" now that it's half owned by Heineken.  Or is Lagunitas better described as a "national brewery". Aren't large breweries fairly ubiquitous across America like  Sierra Nevada, Deschutes, and New Belgium really "national mass market breweries" rather than "craft" or "independent". I could go on and on.

Can we all just call it "beer"? Somehow, it doesn't feel quite feel right. Given the tremendous differences in scale and business practices at different breweries across the country, calling it all "beer" is like saying McDonald's and your local high end bistro sell "food".  Except that's basically what people say and both are normally called "restaurants".  Perhaps that's because fast food restaurants and high-end restaurants have mutually co-existed for decades. Since beer brewed by the millions of barrels global corporations, and breweries smaller than 100,000th of this size have only existed in parallel only in the last few years of human history, maybe we just haven't figured out the right words we're comfortable in using to describe them just yet.