Which of these four breweries is the most local to the San Francisco Bay Area? 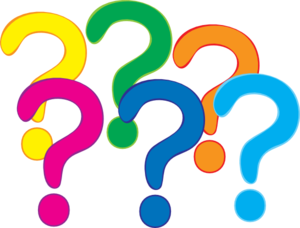 Here's a little test.  Which one of these four Northern California breweries is the most local to the San Francisco Bay Area? Is it:

Yes, it's meant to be a trick question. I argue d) Anheuser-Busch InBev (A-B InBev) is a very valid answer, and arguably the best answer. That's because A-B InBev has a Bay Area brewery right here in Fairfield. All the other beers from the other breweries travel much further to get to get into the hands of Bay Area beer drinkers. A-B InBev's employs more people in the Bay Area than any other brewery and while foreign owned, clearly brings more money into the Bay Area than any of these other breweries . True, not every A-B InBev beer is brewed in Fairfield, but if you live in the Bay Area and are drinking Bud, Bud Light, Shocktop, Busch, Busch Light, Keystone, Keystone Light, or Rolling Rock, your beer was made right here in Fairfield.

You could make a case for Russian River, but I consider Russian River really local to Santa Rosa/Sonoma County and not really the Bay Area. Despite Russian River's popularity in the Bay Area, it's remains a cultural import from the north. Petaluma's Lagunitas has become a national brand, with another brewery in the Chicago area and another pending in Southern California and 50% of Lagunitas is owned by Heineken, headquartered almost on the other side of the planet. Sierra Nevada headquartered in Chico is a 3+ hour drive from the Bay Area, and while it remains independent, has also emerged as a national brand and operates another brewery in North Carolina.  Do any of these three breweries really strike you as "local to the Bay Area".

Do I really consider A-B InBev the most local brewery to the Bay Area from the four on this list? Emotionally, I just can't bring myself to say yes, yet logically the argument makes a lot of sense. I'm not sure there's any right answer, just a little test to make you think about how slippery the concept of "local brewery" is these days.
at February 01, 2016