As summer approaches, it's time once again to ramble on about a few beers which crossed my lips. 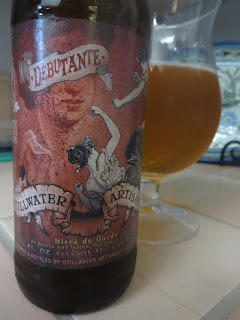 I'll start with Debutante, a Biere de Garde from East Coast gypsy brewer Stillwater Artisanal. It's a collaboration brew with The Brewer's Art, a nifty  Baltimore brewpub I visited very early in my blogging life. As for the beer, it's an excellent composition of toasty malt, light sweetness, spicy aromatics, fruity esters, but it's a wonderful floral honey-like character that dominates the brew. So what if the Biere de Garde style was traditionally brewed for winter, it really works well as an early summer sipper. 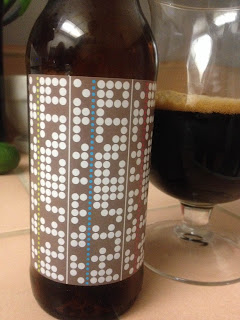 Let's talk about another one from Stillwater, shall we? It's Surround, which Stillwater describes as an Imperial Oak Smoked Wheat Stout. And indeed, it's smokey. So smokey, the smoke just buries everything else. I sense dark chocolate flavors struggling to emerge, and a grassy earthiness on the finish. Surround also has a wonderfully creamy texture, but at 10% abv, there's also a noticeable alcohol burn. I found this a fascinating brew, reaching for the sky in the flavor department with soaring hits and misses. Doesn't quite work for me in the sum total, but wouldn't be surprised if plenty of others really dig it.

Far less ambitious that Surround, but a lot more successful is Sinister Black Ale from 10 Barrel. Of course, "Sinister" might be the word you'd use to describe A-B InBev's strategy of acquiring regional breweries like 10 Barrel to better help them strong arm beer distributors to feature only A-B InBev brands. But if those diabolical plans involves beers as good at Sinister, the future of beer will be a lot better than people think. Sinister is a surprisingly deceptive brew, a simple, refreshing dark ale no where near as heavy as you would expect, with notes of light semi-sweet chocolate and molasses that work quite nicely together. Achieving such refreshing straightforwardness in a dark ale is a feat I have to applaud, no matter what evil corporation is behind it. 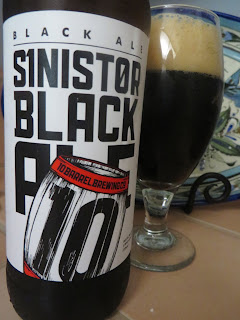