Don't worry about massive increases in hop prices...they could be a good thing 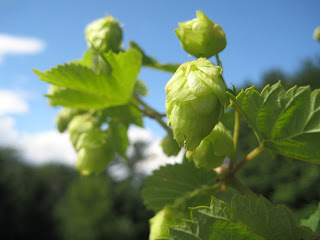 The United States Department of Agriculture (USDA) recently released their year end National Hop Report. It's a rather technical document, full of facts and figures but one statistic jumps out. The average cost of US grown hops in 2016  jumped from last year's $4.38 per pound to $5.72, a whopping 30.6% increase. And the $4.38 per pound figure in 2015 was a 19.3% price increase over 2014.  Given these rather startling price increases in a critical beer making ingredient, does this mean we're going to start seeing dramatically higher pricing on beer shelves? Will brewers fall under increasing price pressures due to massive increases in hop pricing?

Probably not. For starters, most breweries invest in hop contracts so already have their pricing for next years brews locked in. It's one of the main reasons hop contracts are essential for breweries. They ensure a reliable delivery of hops without any price surprises. Then there is the matter that the cost of hops usually accounts for less than 5% of the overall cost to produce beer. So even a 30% increase in hop prices will have little effect on the final price of beer.

We can further investigate this with simple back of the envelope calculation. The most heavily hopped IPA's use four pounds of hops per barrel of beer.  One barrel of beer equates to 330 12-ounce servings.  If we take the $1.34 difference per pound between hop prices in 2015 and 2016, multiply that by four, and divide that over 330 servings, we get:  (4 x $1.34) / 330 = 0.016 or 1.6 cents per serving. Suffice to say, consumers will barely notice any overall price increase.

Of course, brewers use different varieties of hops in their beers, each with their own different pricing, so this analysis is a little simplistic. The USDA report made no distinction between the cost of different hop varieties so I went with the overall average. Some rare, hard to get hops are subject to wildly varying prices, and can cost as high as 20 dollars per pound. But since people are often willing to pay extra for these exotic beers, it's likely not going to affect the overall beer market.

What is the most encouraging news from the USDA's report is most certainly that hop farming is becoming more profitable.  The report made no mention of the cost side of hop farming, but it's hard to believe hop farmers are spending 20-30% more to produce the same amount of hops. That's good news from the consumer side, because when hop farmers make good money, they can justify investing in equipment to improve the quality of their product, or can take more risks such as planting more unique hop varieties brewers can use to create new and interesting flavors. So don't worry about the rising hop prices, at least not yet. You'll barely notice it in your wallet, and it allows hop growers to create better brewing ingredients.