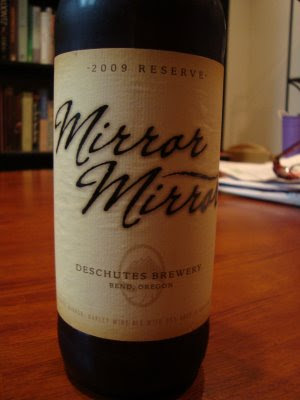 A lot of big, bold runners and beers have come from Oregon.

The state has a long, powerful distance running tradition. In the 50's, University of Oregon coach Bill Bowerman trained Bill Dillenger to set American records in the 50's, before Dillenger retired from racing and became Bowermen's assistant, finally taking over as head coach in 1973. Both revolutionized distance running training, and produced numerous All Americans. Such as the brash, iconic Steve Prefontaine who held the American records from the 2,000 meters through 10,000 meters the day he died in a car accident in 1975, at the prime of his running career. And the obsessive Alberto Salazar, a strong 5 and 10 kilometer runner on the track, who moved up to the marathon and in the first marathon he ever ran, the 1980 New York Marathon, defeated a strong field that included Boston Marathon champ Bill Rodgers in his first marathon he ever entered. Salazar went on to a number of New York and Boston marathon victories in the early 80's, before it is widely believed that his high, 180+ weekly training mileages finally took a toll on his body. Then there's Phil Knight, who co-founded Nike with Bowerman by selling shoes at Oregon track meets in the early 70's, and became one of the world's most powerful businessmen before retiring in 2004.

Oregon has a great brewing tradition, too. One of my favorite breweries is the Deschutes Brewery in Bend, Oregon, and I've long enjoyed their Mirror Pond Pale Ale. So when I discovered they've amped up the Mirror Pond Pale Ale into an oak-aged barleywine called Mirror Mirror, I knoew it was something I had to try. Deschutes Brewmaster Larry Sidor had this to say on the Deschutes Brewing website page descrbing this brew. “I’m really looking forward to this version of Mirror Mirror because it is not only an advancement for this beer, but it also shows the evolution of our knowledge related to barrel aging and how the whole Reserve Series has developed.”'

I've enjoyed Sidor's creation a couple times now. Pouring it into my tulip glass creates a foamy light tan head floating on the dark tan brew, with an citrus aroma. It has a rich, creamy malty flavor with an orange-dominated citrus character, and a little pine-like bitterness which becomes more pronounced as it warms. I can taste a little oak from the barrel aging, and at 11% abv, the alcohol is a detectable. It's complex, yet easy drinking barleywine.
at July 19, 2009