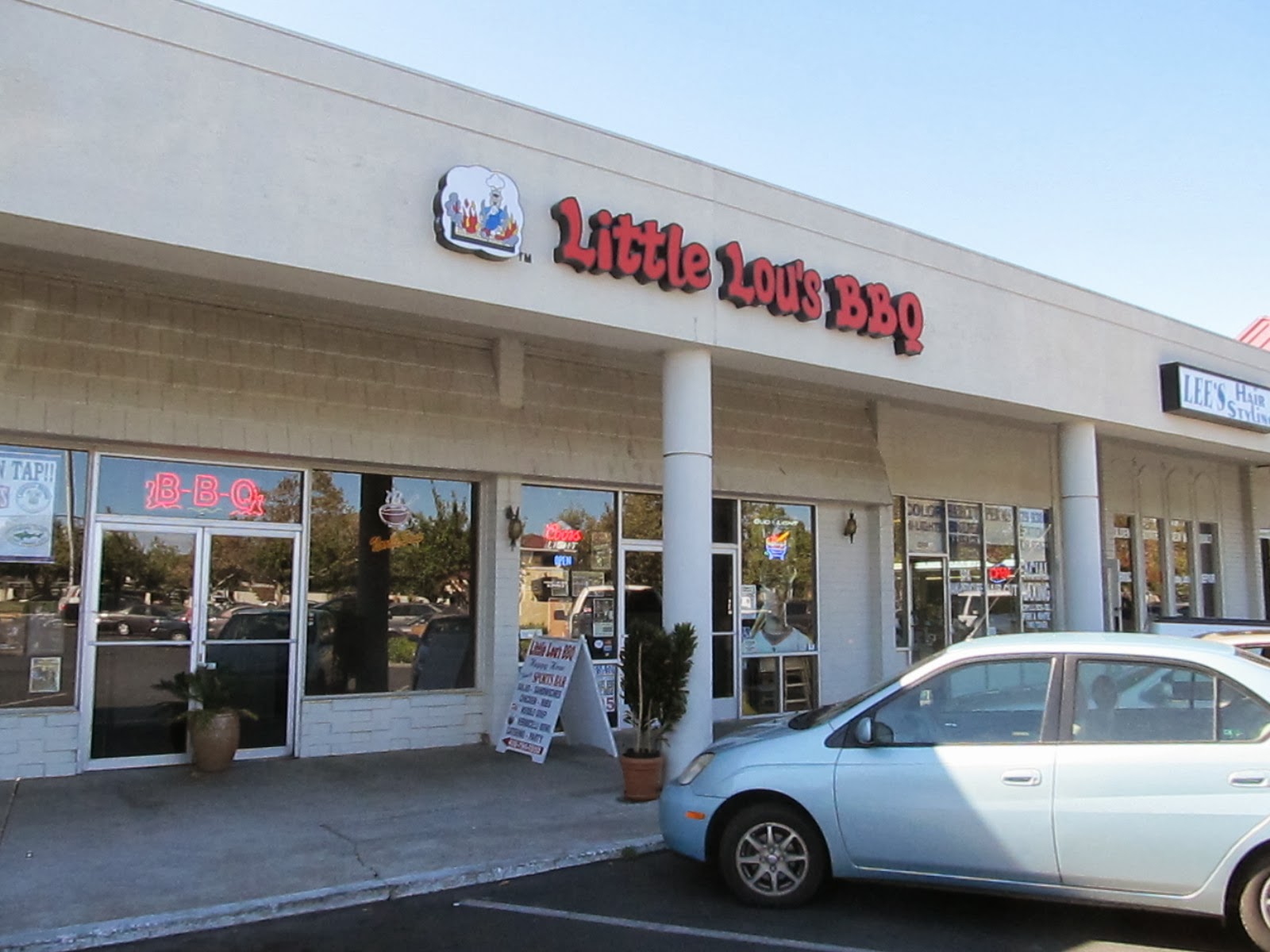 Sitting in a comfortably worn strip mall in Campbell between a frozen yogurt shop and a hair salon is Little Lou's BBQ.  From the outside, this modest and assuming place looks like one of those places you'd enter thinking "God, I hope they at least have Sam Adam's or Anchor Steam on tap".  Enter the place and surprise, they have a tap list of about 15 beers most hard core beer geeks have tried already, but it's solid with stuff like Calicraft's Buzzerkely, Allagash Black and Ballast Point Sculpin IPA.

It wasn't always this way.  When I first moved just a block away from the place about a year ago, they had maybe 4-5 selections including the obligatory Coors Light, Budweiser and yes, Anchor Steam.  As if they knew I had just moved in, they quickly added several taps and transformed into a pretty good place for this beer geek to hang out in.   The beer seems to have energized the place as they now have live music most evenings and crowds most evenings seem larger than I remembered when I first stepped into more tired looking place a year ago.   As for the food, where else besides California would traditional barbecue peacefully coexist with Vietnamese Pho' and Vermicelli dishes on the menu?  And I'm here to tell you the barbecue sandwiches are solid.

If I had my druthers, I'd prefer Little Lou's have a couple South Bay selections from Strike, Hermitage or Santa Clara Valley Brewing on tap.  That quibbling aside, if you'd want to witness the power of good beer, join me for a pint at Little Lou's.