Smoke Eaters in Santa Clara: Further evidence the good guys have more work to do 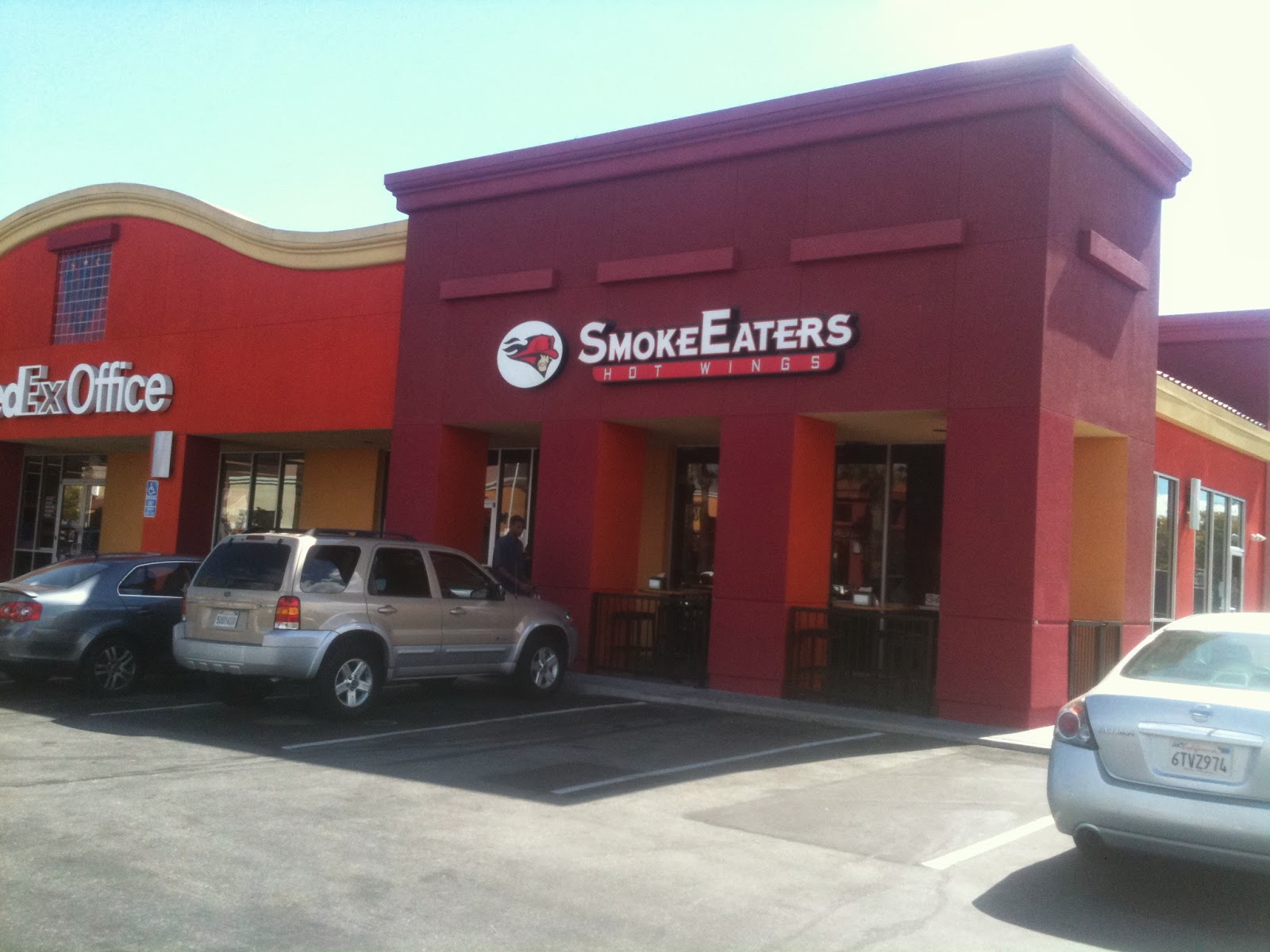 I finally got a chance to check out Smoke Eaters, which recently opened a location in Santa Clara near where I work.  Located pretty much at ground zero of Silicon Valley tech industry, it's a place seemingly designed to capture the busy tech lunch crowd as well as being strategically located near the new San Francisco 49'ers Stadium to be completed next year.

Inside, it's a pretty typical sports bar with lots of flatscreen TV's and sports memorabilia on the walls with a pretty standard menu of wings, burgers and sandwiches.  But wow, there's got to be over 20 taps running across the back wall, with great local selections like Santa Clara Valley Brewing's Peralta Porter, some hard to find Stone Brewing selections, and lot's of other good brews from places like Ballast Point and Port Brewing.

There's just one problem.  The beer menu on a chalk board over the bar has, shall I say, some rather curious mistakes.  Now I can forgive Calicraft's Oaktown Brown Ale listed under the "Stouts/Porters" column.  But Redd's Apple Ale listed as a "Sour Ale"?  Ballast Point Longfin Lager listed under the generic heading of "Ales"?   I won't bore you with 2-3 other questionable menu listings I noticed.

Should I be thrilled that yet another establishment is bringing more great beer to the masses and simply overlook these grievous errors on the beer menu?  Well, perhaps.  But to this beer geek, these laughable misclassifications on the chalk board menu were as irritating as someone dragging their fingernails across it.    Maybe it's because not too many years ago, places with a tap list as extensive as Smoke Eaters were pretty dedicated to craft beer and a big part of their mission was educating the masses to look beyond light lagers.  Now Smoke Eaters could have simply listed their beers without any mention of style, and I'd be fine with that.  But calling a mass market cider a "Sour Ale" and other glaring mistakes shows all when it comes to beer, they really don't get it despite the impressive array of tap handles.

Beer deserves more respect than being a simple gimmick to bring in the crowds.   Here, beer seems  like window dressing like the framed autographed uniform of Howie Long hanging on the wall.  Perhaps there's someone in the Smoke Eaters organization who has a vision of what a good beer bar is supposed to be, but that vision isn't being executed very well on the restaurant floor.  I spoke to the bartender about the Redd's Apple Ale listed as a "Sour Ale", and he was pretty good natured about my admittedly snarky comments, but clearly didn't know what I was talking about.  The food was good, the staff was friendly, but no one seemed to know much about beer there.

Don't worry Smoke Eaters, someday I'll be back.  But is it possible you can fix the beer menu and get the staff up to speed on what beer is all about before then?