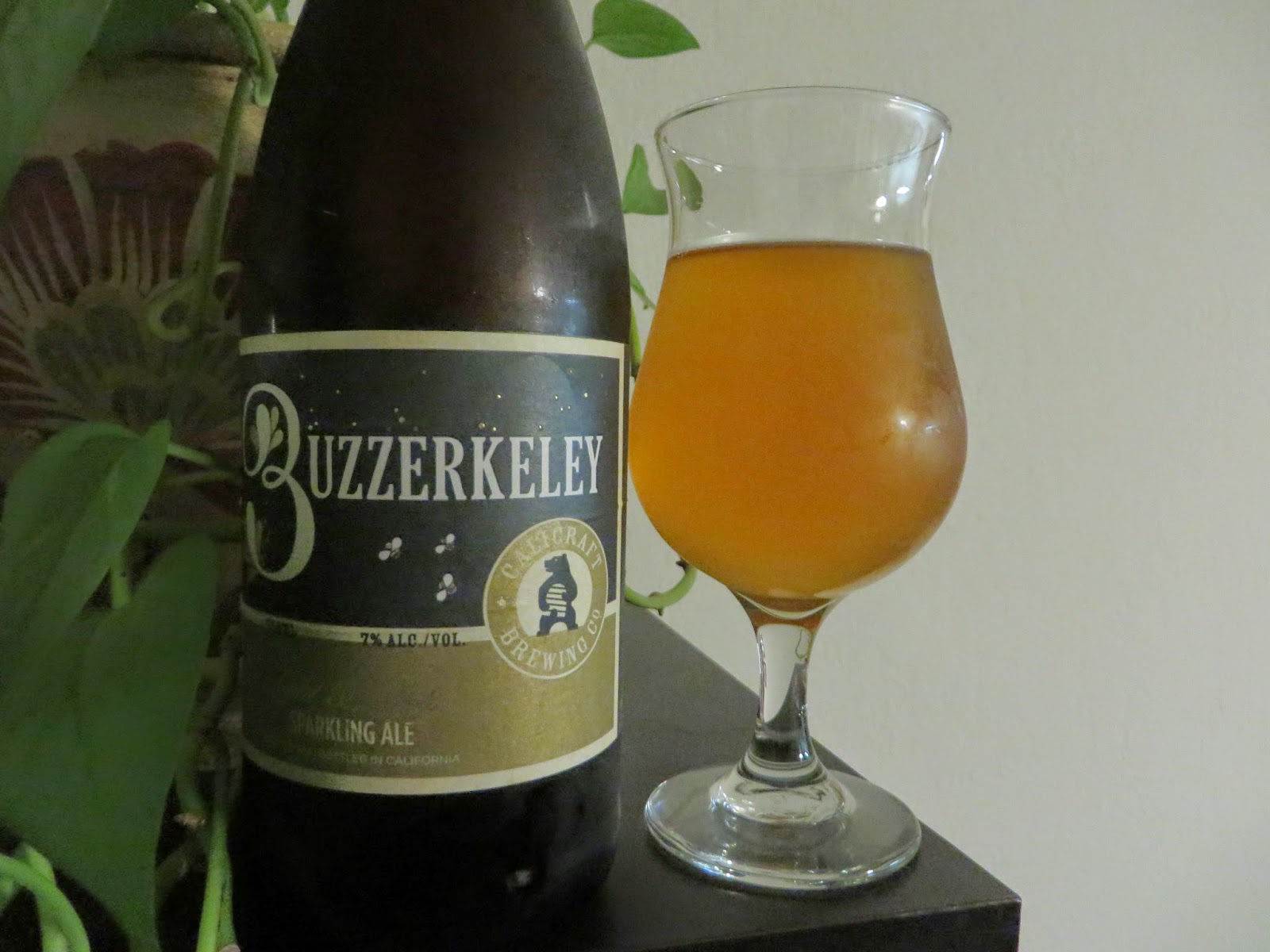 It's the flagship beer of Calicraft, a relative newcomer to the Bay Area brewing scene, that hails from Berkeley. Brewmaster Blain Landberg started brewing in his UC-Berkeley dorm room, which almost got him kicked out of college, if the Calicraft website can be believed.  But enough about the brewmaster's youthful indiscretions, let's talk about his beer.

Buzzerkeley, a light golden ale, brewed with copious amounts of California Starthistle honey and fermented with Champagne yeast, is a study in subtlety.  There's that yeasty toastiness and tingly carbonation one finds in a good Champagne.  A light spicy and fruity character with a bit of a sour tang and floral notes from the honey complete the experience.  It's extremely dry due to the Champagne yeast, giving it a crispness and allowing all the muted flavors to shine through.

It's subtle and restrained, yet somehow, there's plenty going on.   It's not wine, but arguably isn't beer either. It's light and refreshing, yet deep and complex.  It pushes the envelope, but retains a familiarity within its uniqueness.  For every yin, there's a harmonizing yang.

I suppose that's what you might expect from something out of Berkeley.