Beer of the Month: Hop Cuvee from Bison Brewing 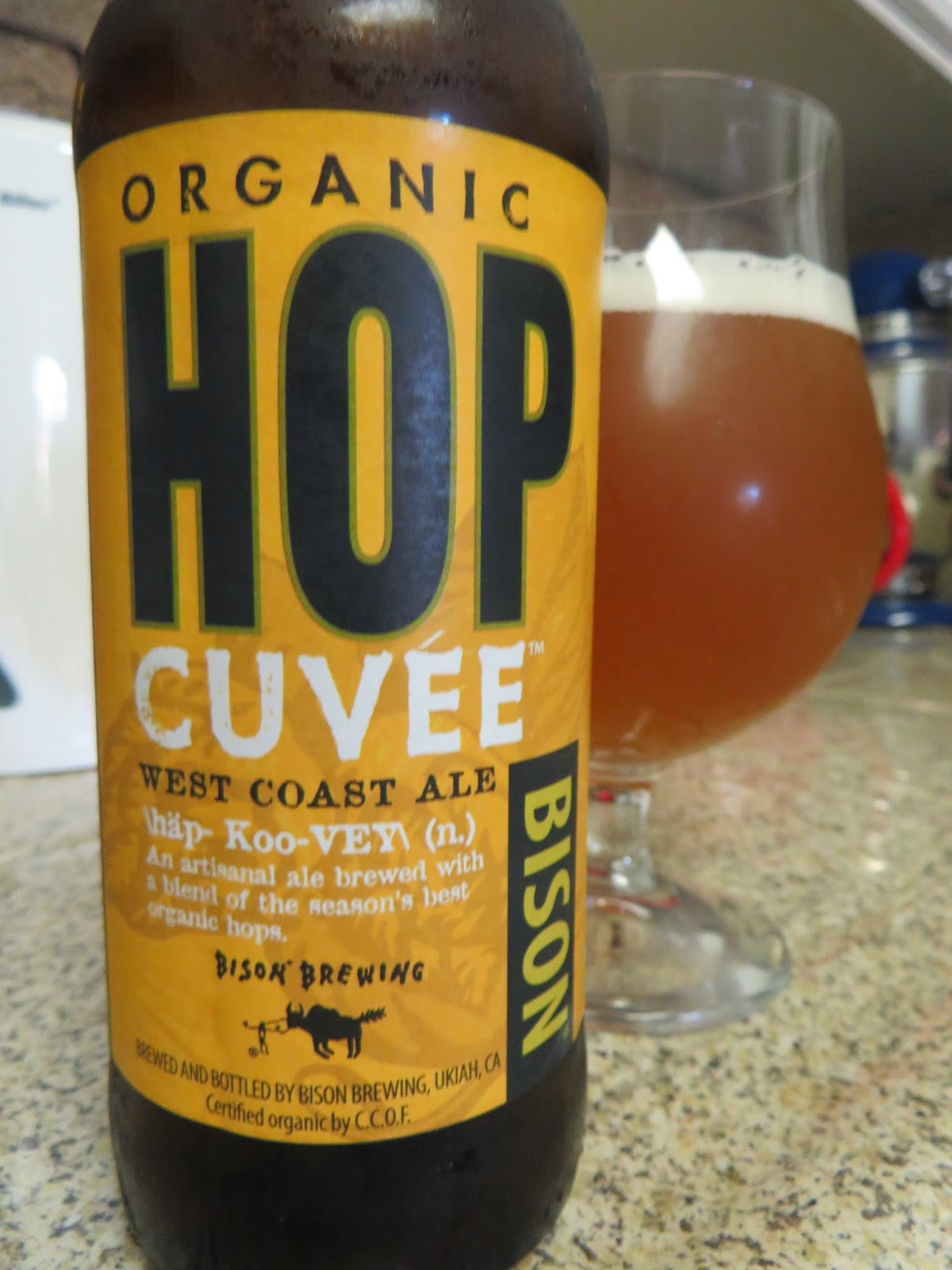 For an article on organic beer in the upcoming issue of Adventure Sports Journal, I did a fair amount of "research" by sampling a bunch of organic brews. One that clearly stood out was bison Bison Brewing's Hop Cuvee.

It's a beer that couldn't possibility exist a couple years, at least in organic form.  It's brewed with organic Citra and Simcoe hops which have only been certified organic in the last couple years. Centennial hops and a couple other hop varieties are also added into the mix.  The light malt and dry character allow the hops to shine in all their grapefruity and piney character.  If you ask me, Hop Cuvee stands up with the best of the West Coast IPAs.

There was a time only a few years ago that organic beers were rather limited in scope, often found only in styles such as ambers or stouts.  This was largely due to the fact that organic hops were hard to come by, and often had to be imported from New Zealand or England.  The development of a nascent organic hop industry in the Pacific Northwest has changed that. Bison Brewing owner Daniel Del Grange has been a part of that change, organizing organic brewers all over the United States over the past decade to show hop growers the full demand for organic hops. Hop growers have responded, increasing their organic acreage and certifying new popular hop varieties such as Citra, Cascade and Simcoe.  The result is that organic brewers can can create a much broader spectrum of flavors than ever before.

That's a good thing because drinking organic takes a lot of chemicals out of our ecosystem that would be otherwise used to produce non-organic beer.  According to Bison's website, each individual who drinks a six-pack of organic beer a week forces the conversation of 1,700 square feet to organic barley agriculture.   From this figure, I calculate that if only 1% of California’s 38 million residents substituted an organic beer for a non-organic beer twice a month, it would force the conversion of 1,140 acres of land to organic agriculture.

Using data from the USDA on the fertilizers and pesticides used in non-organic barley farming, I estimate this small change in California beer consumption would remove 41 tons of Nitrate, 17 tons of Phosphate, 14 tons of Potash, and 12 tons of Sulfur fertilizer from our country’s eco-system, while eliminating over 1.6 tons of pesticides.


So take this as a gentle nudge from your truly to encourage you drink a little more organically.  Not only will you be removing chemicals out of ecosystem, there's plenty of good organic brews out there.  You'll find few better brews, organic or non-organic, than Bison Brewing's Hop Cuvee.
at September 21, 2014