Scenes from the 2015 San Jose Bacon and Beer Classic 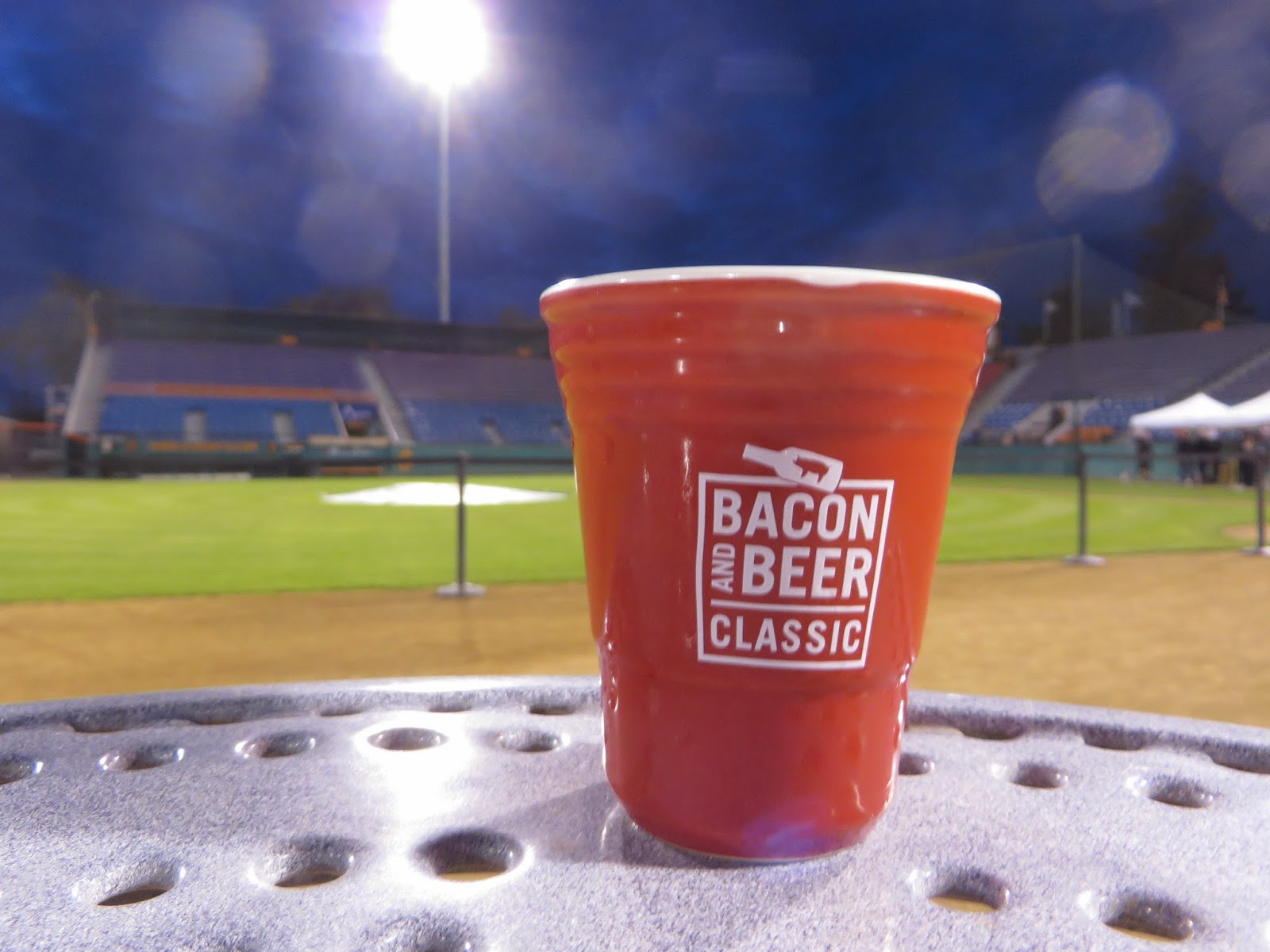 In the movie "Field of Dreams" the big question was who would come to an empty baseball field.  At yesterday's Bacon and Beer Classic held at San Jose's Municipal Stadium, there were no such questions.  Take an empty baseball field, and then add plenty of beer and bacon-inspired dishes from local restaurants and lots of people will show up.

While there were plenty of great bacon dishes, my favorite one from the evening were the bacon tacos from California Café of Los Gatos.  Made with candied bacon, Meyer lemon crème fresh, cherry stout barbecue sauce, and chile arbol slaw, these deceptively simple looking tacos where simply a flavor explosion of hot, sweet, savory and smoky.  They were only slightly better than the pork belly and chorizo "lollipops" California Café was also serving up.  Other notable dishes included smoked pork belly and biscuits served up by Faultline Brewery Company and a creamy, smoky bacon guacamole from San Jose's Loteria Taco Bar.  It also helped this guacamole was about the only vegetable at the entire festival.

As for beer, the South Bay was well represented by Faultline, Strike Brewing, Gordon Biersch and Santa Clara Valley Brewing.  But actually, two of the more interesting beverages I tried that evening weren't beers.  Auburn's Common Cider poured a Lemon Saison Cider, brewed with Saison yeast with a little lemon.  With only a hint of sweetness, the mix of lemon, apple and light yeast flavor is quite refreshing, yet with some depth and sophistication.  And then there was San Francisco's T. W. Pitchers' Snake Bite, a blend of lager and cider that's been traditionally mixed in British pubs.  I found T.W. Pitchers' version worked well, with some sweetness in the cider in the forefront with the hops from the lager kicking in at the end giving a little extra to this light, thirst quenching beverage.

Finally, for desert there was plenty of choose from.  Campbell's Kindred Cooks passed out some addictive bacon caramels.  San Jose's Sweet Tooth Confections served up luscious cupcakes.  A Chocolate Bacon cupcake and a Stout-flavored Black and Tan cupcake with bacon bits sprinkled on top.  And Psycho Donuts was there with their popular Squeal Meal donuts, a one-two punch of donuts sprinkled with bacon.
One of the most enjoyable and unique beer festivals I've ever attended and a heart-stopping evening in more ways than one. I'll leave you with some pictures from that evening.

Email ThisBlogThis!Share to TwitterShare to FacebookShare to Pinterest
Labels: Bacon and Beer Classic