Thoughts on the closure of Speakeasy Ales & Lagers 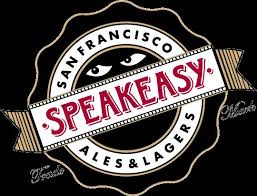 In a time when hundreds of new breweries open each year, long-time San Francisco brewery Speakeasy Ales and Lagers has abruptly announced its closure.

On their website and in social media, Speakeasy declared they were ceasing operations due to insolvency, stating "Difficulty securing capital investment and outstanding debt obligations led to this difficult and painful decision."  Speakeasy founder and CEO, Forest Gray, further elaborated, explaining "The brewery has worked with multiple investment banking groups and have had numerous meetings. One fact has become central to the process, and that is the company is financially insolvent and requires new capital to move forward. Whether that will happen is unclear, but I do hope the brewery and brand will persist."

Now back what seems eons ago, circa 2008, Speakeasy was one of about six breweries in San Francisco, and one of the most prominent members of the San Francisco Brewers Guild. Founded in 1997, six-packs and tap handles featuring Speakeasy's Roaring 20's Mafia-themed branding with its piercing eyes was pretty ubiquitous wherever beer was sold in the Bay Area.  Their beer, while not always excellent, was pretty solid, and Bay Area beer geeks have plenty of fond memories surrounding Speakeasy. I was a fan of their Prohibition Ale (a 2013 GABF medal winner) and their Payback Porter ranked as one of all time best porters I've ever had. Given all the changes in beer over the last decade, Speakeasy was a rock of a brewery in Northern California and its apparent passing is a real death in the Bay Area beer family.

It's unlikely Speakeasy's downfall was about the beer. As Jeff Alworth noted on his Beervana blog, Speakeasy embarked on an ambitious expansion in 2015, to increase their capacity five fold from 15,000 to 95,000 barrels a year, at an estimated cost of 7.5 million dollars. It's a pretty safe bet those plans didn't go well. And looking back, given such an increasingly crowded and competitive beer market, it's a little hard to figure out why Speakeasy thought they could simply march into new territories and unload tens of thousands of barrels of beer in already saturated craft beer markets full of strong breweries. More than one brewery has told me finding new markets is getting to be a real challenge.

Now virtually every brewery I've been in contact with in one form or another is investing in some level of expansion. Usually it's something like a new 7 or 10 barrel system, expansion plans into an adjoining county, or embarking on a modest packaging operation to expand their distribution footprint.  Whatever their plans entail, they might result in doubling annual beer sales in a year or two if successful. Speakeasy comparatively went "all in" on their expansion and appears to have paid the price.

Does the closure of Speakeasy signal an ominous trend in the industry? It's a bad idea to predict a trend on a single data point, so I won't do that. What I will say is this is what a market correction looks like. Multiple firms in the same industry all expand at the same time to capture a growing market which cannot grow fast enough to absorb all the excess inventory. Weaker or poorly positioned firms are unable to sell enough to pay off their loans, and go out of business. Only time will tell if Speakeasy is an outlier that just poorly executed their expansion or is the proverbial canary in the coal mine.

Could an investor or another brewery come to Speakeasy's rescue?  Hard to tell, since we don't know what the problems actually are. Given that craft beer enjoys a pretty hot investment climate and they still couldn't do a deal behind closed doors, it's not looking good that Speakeasy is going to find a good suitor.  Especially now after they've told the world how desperate they are.

But enough about the beer industry crystal ball gazing. Speakeasy looks to be leaving us and I'm sad to see them go.