The Great Race, and Recovering from It 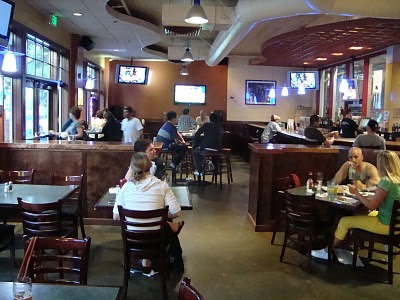 Perhaps the best gauge of success of The Great Race is that nobody notices how highly immodest its name is. The race organization is great, the race has a long, great history, and everyone is so chatty at the start and finish line you know everyone is having a great time. And if you like running through old money neighborhoods, this race is for you, as it starts in downtown Saratogo, runs through Monte Sereno, before finishing in downtown Los Gatos.

But the greatest thing about The Great Race course is that it's only four miles, and most of that is down hill.

Of course, running is a lot about taking on challenges, putting in the hard work day by day, building up for race day you've circled on the calender for weeks. But fighting through the valley of death doesn't work for me most mornings, and you gotta love a race where you can show up, run around for a bit, finish, and then get on with the rest of your life without limping around for the next day or two.

So it seemed fitting that Linda and I spent part of our "recovery" at the curiously named Sonoma Chicken Coop in nearby Campbell, CA. Most craft beer drinkers will not be challenged by their beer, but many will find it enjoyable. Since I favor the maltier styles, I went for the Scottish Ale, while Linda, true to her hop-head nature, started out with their IPA. ( The Sonoma Chicken Coop evidently has no interest in giving their beers the typical clever or goofy names you find at most brewpubs.) The Scottish Ale was a solid example of the style, being a little smokey, a little caramelly, with a decent amount of complexity to the malt and a nice, easy sipping character. It won't blow you away, but went quite well with my barbecue chicken pizza, thank you very much. And their IPA was a nice blast of straightforward, piney hops with just a smidgen of malt to hold it back, which worked for us. And perhaps my favorite Sonoma Chicken Coop brew is their ESB, a simple combination of nutty and well roasted malts with a slight earthy hop finish.

Nothing I've had at the Sonoma Chicken Coop ever challenged me, or changed my perception of beer, but was all something easily enjoyed. Sometimes, that's a great thing.
at April 27, 2010