Talking About Beer with My Autistic Son

(With April as National Autism Awareness Month, I start the month by showing how autism affects a simple conversation about beer.)

My son Brandon doesn't talk much. He doesn't look me in the eye all that often, either. He's been diagnosed with autism, and doesn't act like most nine year old kids. A lot of smart people have worked hard for decades trying to understand why autistics are the way they are, and they still don't have a lot of answers. What they say is it's likely Brandon cannot organize sensory information very well, and so experiences everything a lot differently than you and I. This affects his ability to make sense of things in his world, and may be why speech is difficult for him.

Even though Brandon and I don't talk much, we've had a few conversations about beer. Four years ago, he learned the words "yummy" and "yucky", and so a few times I dipped my finger in a beer, gave him a taste, and asked him whether he thought the beer was "yummy" or "yucky". I got back a definitive, high pitched "Yucky" every time. More recently, he's been learning to divide flavors into categories such as "sweet", "sour", "salty", "savory", and "bitter". And so now when I give him a small taste of beer and ask him how it tastes, he will correctly describe it as "bitter".

When you consider that discussions about beer is a big part of the social glue holding the craft beer community together, you'll realize what an important step Brandon has taken. Talking about how each beer tastes, the favorite beers we've had, and why we like certain beers, is a big way in how connect with each other. It brings us into a larger community, with all he warm fuzzy feelings we get when we feel part of something larger than ourselves. Who wants to drink beer all alone and not talk to anyone about it?

There was a time when Brandon was pretty happy spending hours sitting in a corner, rolling a toy car back and forth. Maybe it was a sense a order it provided, or a certain predictability he couldn't find any other way. I know very little about what is going on in my son's world, as he experiences things I can't possibly imagine, which he certainly can't tell me about. But through therapy and education, Brandon is starting to join our world, as his brain goes through essentially a re-wiring process, neuron by neuron, where the repetitive motions and sensations he used to crave are being slowly replaced by social stimulation like an emphatic "Good job!" or high fives. Brandon can now be prompted to talk about his favorite foods, TV shows, games, and books rather than looking at me with a blank stare and retreating into his own quiet corner. Through simple discussions like those we have about beer, our worlds begin to overlap.

Will Brandon and I discuss the fruity esters or the malt-hop balance of our favorite beer someday? Probably not. But I believe our small talks give Brandon the will to reach for this. 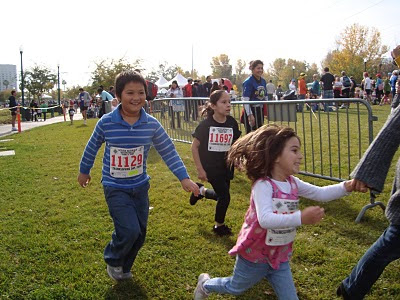 Email ThisBlogThis!Share to TwitterShare to FacebookShare to Pinterest
Labels: autism