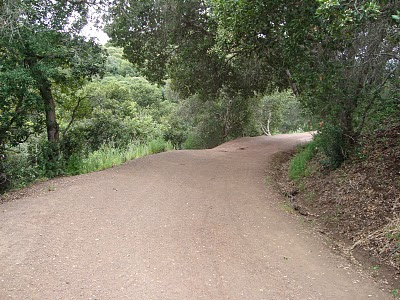 Moving to a new place is more than simply unpacking boxes and filling out change of address forms. It's also about exploring the new place, and that means finding new running routes. Sometimes when plotting a new route, I simply go out a general direction in hopes of creating one. This can lead to getting hopelessly lost or running around in circles, but eventually leads to a new place to run. It's often trial and error process, guided by experience, and a lot like learning, where frustration and confusion coupled with persistence eventually yields to discovery. Finding new places to run helps me put down new roots, which strengthen I periodically visit these spaces again and again.

Setting up running routes in Belmont is made a lot easier by the great set of running trails they have in the open space areas around Water Dog Lake Park. It's something I've taken for granted living in the San Francisco Bay Area, where secluded trails are often just minutes away from highly urban areas. Having lived many placed both outside and within Bay Area, I can see myself putting down some good roots here in Belmont for a while.
at May 19, 2010