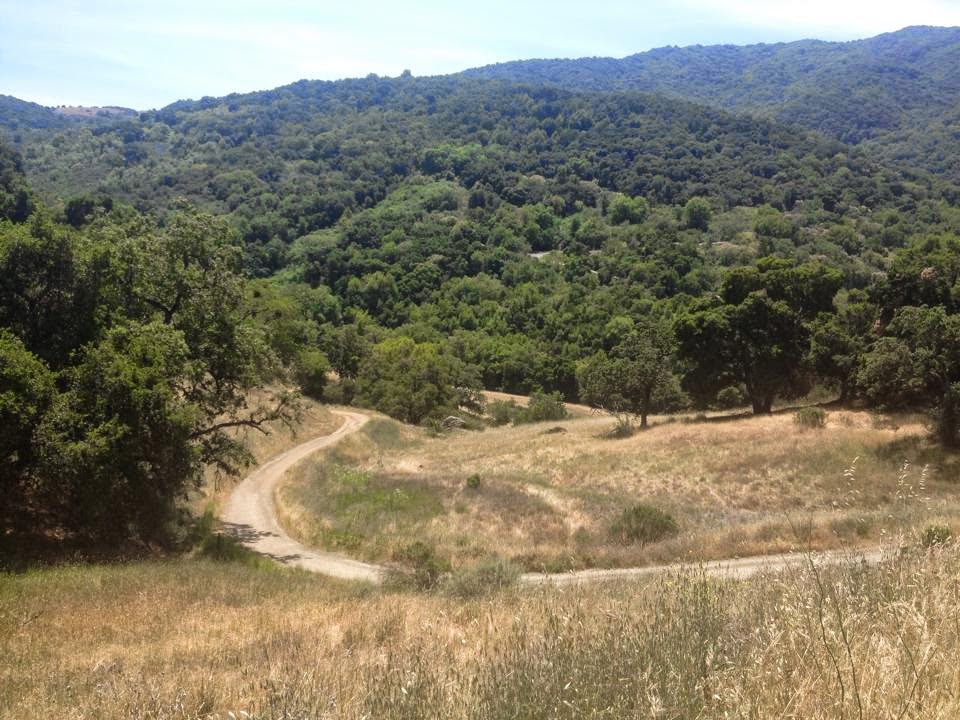 Trail running is great on multiple levels. Running over uneven ground builds a strength, resiliency and balance that can't be developed on the roads. Working up and down the hills really gets the heart rate up without the pounding and monotony of running laps around the track.  No wonder hill running has long been considered "speed work in disguise".  Of course, the views our awesome, especially at the top of the hills where they've been earned.

So I've been hitting the trails of my favorite place for trail running, Almaden Quicksilver Park to get ready for a couple of races coming up.  In a little over a week, I'll be part of the mob surging through the streets of Santa Cruz for Wharf to Wharf, a six miler over a few rolling hills that starts at the Santa Cruz Beach Boardwalk and finishes at the Capitola Wharf.  Then in early August is the Dammit Run in Los Gatos.  The Dammit starts on the Los Gatos High School track before hitting the gravel Los Gatos Creek trail. Than the race gets even more interesting as runs up Lexington Dam diagonally before encountering the real hill of the course on the Los Gatos trail system.  It's then a mostly down hill roller coaster of a trail run before a short stint on the Los Gatos streets and a finish back on the Los Gatos High School Track.

I've taken the family on a number of walks in Quicksilver through the years, but it's been six years since I've been running its trails on a regular basis.  It feels good to be back.
at July 18, 2014