The Session #29: Beer in a Land where the Gun has Long Ruled

(In this month's Session, Will Travel for Beer, hosted by BeerByBART, we're asked to either write about beer trip we've taken, or beer related things we do when travelling.)

Last March, I went with Linda to visit her home town of Las Cruces, New Mexico for a few days. Las Cruces is not far from the border towns of El Paso, Texas and Juarez, Mexico. It lies at the northern end of the large Chihuahuan Desert, which extends far south across the border deep into Mexico, and westward into Texas. I had never been to this part of the country before, but was well acquainted with recent news stories about violent drug wars, and gruesome discoveries of mass graves full of victims of these wars. 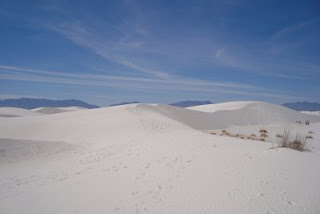 This is nothing new for this region of the country, which has a rich history of outlaws, marauding bandits, and violent clashes for well over a century. The reason for this perpetual state of violent struggle becomes apparent simply looking over the landscape. There's almost nothing to fight for. Food, water, and good land are in precious little supply in the high desert. With the vast distances between towns and historically high levels of government corruption, guns were often used to settle disputes and keep order. Dying of natural causes was no small accomplishment in this region, where many died trying to protect what little they had, or were killed in an unsuccessful attempt to steal from someone else. Perhaps the most infamous person in these struggles was Henry McCarty.

Henry McCarty is better known as William Bonney, and even better known as Billy the Kid. He was born in an Irish slum on Manhattan Island, and his somewhat dysfunctional family continued to move westward across the country looking for better places to live until they arrived in New Mexico in 1874 when he was in his early teens. Like many young men in this time and place, he turned to a life of crime, and later joined a gang of horse thieves. Around the age of 20, he was recruited into an armed conflict between rival ranching interests, known as the Lincoln County War. Since McCarty's side lost, the winners vilified him in sensationalistic stories, describing him as sadistic killer of over twenty innocent victims. From all personal accounts, he was actually quite literate, articulate, highly sociable, and a good dancer, who most historians believe was only responsible for a more modest number of about five killings. To the local Mexican population, he was a folk hero who fought a ranching syndicate which actively kept Mexicans near the bottom of the pecking order, and one of few whites in the region who adapted the language, customs, and dress of the local Mexican population. Eventually captured, Billy the Kid was tried and convicted of murder in a small courthouse in the New Mexico town of Mesilla, which is adjacent to Las Cruces. The court house still stands today, but is now a souvenir shop, where you can buy a postcard, T-shirt, or other trinkets with Billy the Kid's picture on it.

About a half mile from this courthouse turned souvenir shop is the High Desert Brewery, which Linda and I visited one afternoon. Pulling into the dusty parking lot, full of beat up pick-up trucks parked on the hot asphalt, I was a little leery of what sort of clientele we might find inside. The whole low-slung adobe building looked a bit worse for wear, with the small High Desert Brewing sign a bit faded. Most small brewpubs like this one are full of locals, and I was not sure how well two out-of-towners would be received moseying into some strange brew pub.

Turns out I had nothing to worry about. Like most brewpubs all over the country, everyone was there to relax and have a good time over a good pint of beer. The bartender and a customer were chatting about the news story CNN was reporting on the small TV near the bar. Linda and I took a seat and soon our waitress appeared, who looked and acted more like a librarian than a bar waitress. She told us they don't offer a tasting flight when we asked for one, so we opted for a "super-sized" tasting flight by sharing a few eight-once glasses of the various house beers.

As one might expect from a desert brewpub, the strongest offerings were of the lighter, thirst quenching beer styles. My favorites were their crisp Bohemian Pilsner, and an excellent Amber Lager, which had a slightly nutty and sweet malt taste and crisp grassy hops finish. All of the beers were on the light tasting side of each particular style, and the hop level was dialed down compared to typical breweries in the western United States. But despite this, the beer seemed flavorful and vibrant, not thin and watery, and I never found any of their offerings worse than "good". As for the food, let's just say if you like New Mexico Green Chile's sprinkled liberally into your bar food, you're going to be pretty happy here.

One cannot discuss High Desert Brewing without mentioning all the postcards, beer paraphernalia, and other artifacts covering the walls and ceiling. It's all sent in and donated by various visitors and patrons, and creates a unique and organic connection between the brewpub and its customers. So many places try to manufacture this type of environment, but when you see it here, it's very genuine. Back by the restrooms is one of the finest collections of Elvis paintings on black velvet you can find West of the Mississippi. It makes waiting your turn a great cultural experience. 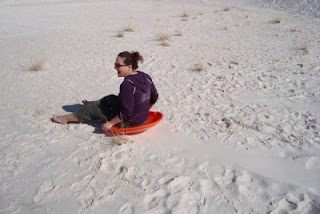 Travel gives me the opportunity to discover the history and geography of a place, which is often reflected in its local beer. It's why I seek out local breweries and brewpubs wherever I travel.