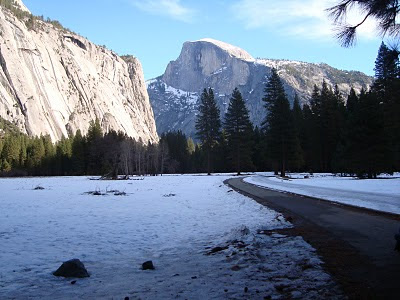 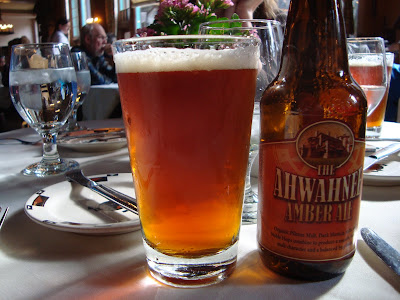 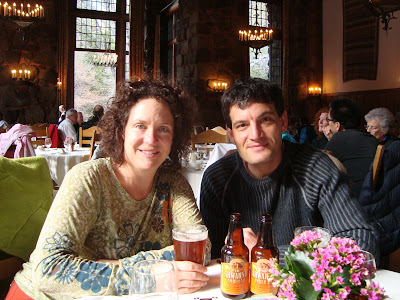 As sort of a warm up to San Francisco Beer Week, the Brewing Network is hosting it's First Annual Winter Brews Festival this January 30th at the Linden Street Brewery.

From the online press release the event:

will feature a wide variety of winter warmers and unique innovations from some of the best brewers in the Bay Area and beyond.

Partnering with Linden St. Brewery in Oakland, this festival combines the love of seasonal beers with the enthusiasm of the local craft beer scene. With barrels from breweries such as Russian River, Firestone Walker, the 21st Amendment, Speakeasy, Linden St., Moonlight Brewing, Magnolia, and many more, this Winter Brews Fest promises to provide big, malty beers to ignite the taste buds of beer lovers, new and experienced.

Hot food and live music will round out the festival, which will run from 1pm to 8pm. Tickets will be sold at the door.


Looks pretty interesting, and there's a decent chance Linda and I can make it. Hope to meet all four of you there!
at January 11, 2010 1 comment: 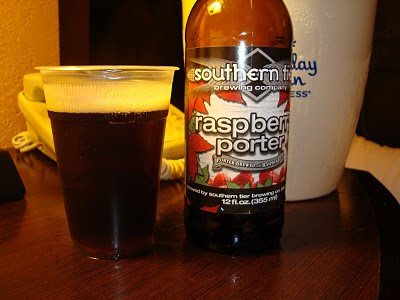 Imperial Cherry Saison
Very restrained cherry tartness and a light woody flavor from the oak barrel aging really add a lot of depth to the strong, zippy, yeasty spiciness going on here. Very smooth for all those strong flavors, and just seems so artfully blended.
at January 08, 2010 1 comment:

I always wondered how brewing activity is tied to geography. So to understand this more, I rather naively started looking at some of the data on beer brewing licenses by the California Department of Alcoholic Beverage Control for each county to see what I might discover. And if I say so myself, a very simple, straightforward analysis does indicate some general truths, and also raises good questions to pursue for further analysis.

The California Department of Alcoholic Beverage Control produces a report of the number of alcohol licenses per county. So simply looking up the number Type 1 (Brewery), Type 23 (Small Brewery) and Type 75 (Brewpub) licenses issued to each county, a rough idea of the brewing activity of the county can be determined. This may not be your ideal gauge of brewing activity per county, and it isn't mine either. It doesn't take into account quantity, where data is harder to find, or quality of the beer, which is rather subjective. But simply taking a count of the number of brewing locations within a county and a good starting point for "back of the envelope" calculations. So I started by looking at nine California counties that border the San Francisco Bay (San Francisco, Marin, Sonoma, Napa, Solano, Contra Costa, Alameda, Santa Clara, and San Mateo), added a couple nearby ones with demonstrable brewing activity (Santa Cruz, Mendocino), and threw in San Diego county just for grins, seeing how an California county everyone would agrees has plenty of breweries in it, would stack up against the others. (For those unfamiliar with these California counties, here's a handy map.)

Let's consider that 20,000-30,000 people per brewery figure for a moment. That's one brewery for each small city in the county. And how many of you honest expected Napa County to rank second on this list? Three things seemed to jump out of the numbers, at least to me.

Three Distinct Groups of Counties
It was surprising to me to see the counties neatly organize themselves into three groups. There is the group of Lower Density Counties, that includes
Medocino, Napa, Sonoma, Santa Cruz, and Marin Counties. All of these counties have a fair amount of wine making activity as well. Next are the two High Density Urban Counties of San Francisco and San Diego, which surprisingly have almost the exact same density of breweries. The last group of counties, bringing up the rear are Alameda, Santa Clara, San Mateo, Solano, and Contra Costa counties, which are the Largely Suburban Bay Area Counties.


Outside San Francisco, the Number of Residents per Brewery is Surprisingly Uniform
I didn't really expect this, thinking there would be more concentration around San Francisco and Oakland, but that wasn't the case.

The South Bay Isn't Quite the Beer Desert Everyone Says It Is
I've suspected this for a few months now, and it was part of my motivation for doing the analysis. Compared to most counties in the Bay Area, Santa Clara holds it's own, thank you very much. If there is any beer desert in Northern California, it is the Northeastern Counties of Solano and Contra Costa.

I'm encouraged these results suggest a number of questions to delve further, which are:

I'm looking forward to seeing conclusions we can make about brewing and geography and if this kind of stuff interests you, then stay tuned. And of course, if anyone has any comment, questions or sugestions, I look forward to hearing them.
at January 05, 2010 2 comments: