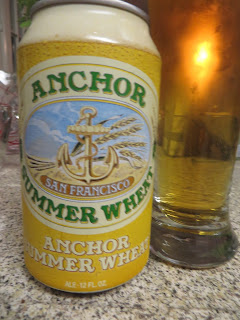 Summer is now officially upon us, so time to ramble about some of the lighter brews especially great for this time of year.  Good summer beers are underrated, possessing enough complexity and depth to draw you in if you care to, which can be easily ignored if all you want to do is cool off.

First up, Anchor Brewing Summer Wheat.  In the past, I was never a fan of this beer. That's changed now that Anchor's tweaked the recipe. The earlier version was a little bland for my taste, a pretty one-note wheat beer with nothing particularly to recommend about it. Anchor's now jazzed it up with some subtle hop additions, including dry-hopping it with Simcoe. The result is a crisp, dry beer with some tartness from the wheat and citrus, lemony character from the additional hops giving the beer some extra depth. Now I'm a fan. 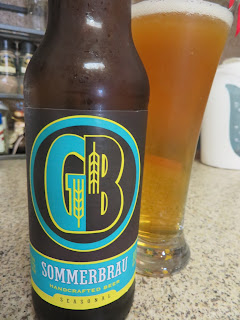 Next up is Gordon Biersch Sommerbrau, a Kolsch.  Their are plenty of Kolch's out there, some rather light and ordinary.  As Gordon Biersch brewmaster says in a press release, "Kolsch is such a unique style and is so challenging to brew." No place to hide any off flavors in a Kolsch.  The surprisingly sturdy underlying malt with some wheat tanginess finishes a little earthy.  Lot's of subtle things going on here, and I like the little extra malt omph you don't always see in this style.

Finally, when Santa Clara Valley Brewing's tap room opened, I high-tailed it down there the first chance I got and tried, among other things, their Little Orchard Saison.  Lot's of spice gives it some zip with some yeasty undertones for balance.  Not a deep review, but I liked it so much, I was just enjoying it rather than scribbling down a bunch of tasting notes, OK? 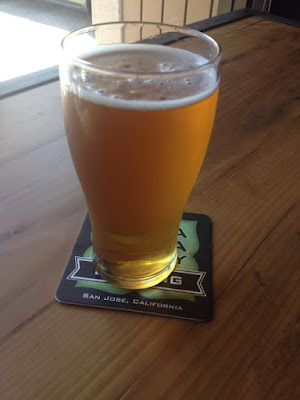