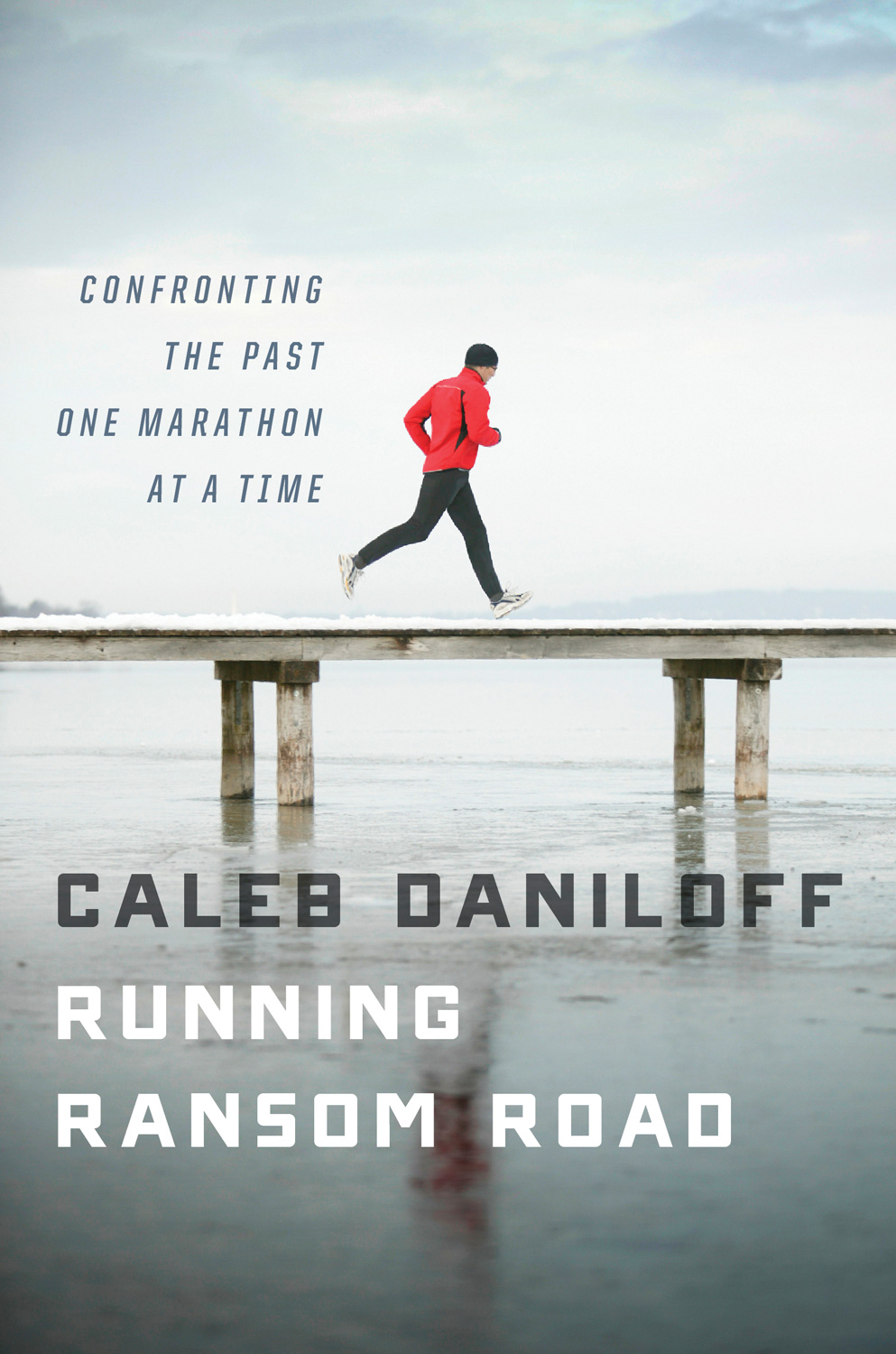 There's pretty much universal agreement that running is great for physical fitness.  Less appreciated is how running strengthens mental fitness, albeit in ways elusive to measure and highly individualistic.  There's no better example of this than a new book entitled Running Ransom Road. It's about the personal journey of author Caleb Daniloff, a recovering alcoholic (he prefers the term "former drunk"), took as he turned to running to help battle his addiction.   He decides to  revisit the different cities from his dark past, his "sinning grounds" as he calls them, by running marathons and other distances races in each place as an attempt to further heal himself and those around him.

What raises this book above a standard self-help memoir is Daniloff's highly poetic writing style, razor sharp observations, and astute personal assessments.  Of course, it also doesn't hurt that his early upbringing was hardly ordinary.  The son of US journalist Nicholas Daniloff, who was assigned to cover the Soviet Union for US New & World Report in the early 80's, Caleb Daniloff spent his teenage years in Moscow during the cold war in the early 80's until his father was arrested in 1986 on espionage charges by the Soviets.   (Nicholas Daniloff was eventually allowed to return to the US.)  It also helps that three of his sinning grounds are Boston, New York and Washington, home of marathons heavily steeped in running lore.

But where the book really stands out is with memorable description of how running enabled his recovery with passages such as "My stride started to gain fluency, my feet acting as metronome.  The repetition became less monotony and more a rhythm of nothingness, like a Buddhist chant, my head humming with open space".    Daniloff also captures each race with great imagery, such as describing  the teaming masses assembling before the New York Marathon, noting "There was no way you couldn't feel small, like so many plankton inhaled into the whale's mouth."   Through it all, Daniloff includes brief flashbacks which serve as cracks through which the reader catches glimpses of his former life.  You won't find too many sordid tales in these flashbacks, but they are effective in not only what they reveal, but also what is left unsaid and alluded to, leaving the reader to speculate what dark places Daniloff  had actually gone to.

It's a book sure to resonate with runners, especially those who used running to help them through difficult times in their lives.  And certainly those dealing with alcoholism and other substance abuse issues will also find reassurance from someone they can identify with.  Of course, any story well told with unique insights about being human has universal appeal.  As Daniloff engages in a slow march every few weeks at each of his marathons to break the four hour finishing time barrier, we see whether one attains the personal goals they've set for themselves isn't what's important.  It's what you gain from the act of reaching for them.

I caught up with Caleb Daniloff during his book tour, both over the phone and through e-mails, to discuss his latest work.  Here's what he had to say.


Q: How do you find people reacting to your book?
Daniloff: So far, so good.  A lot of readers, including runners, are reaching out and identifying themselves as having battled with alcoholism or other demons or just dealing with difficult times in their lives.  The greatest reaction so far was from a mother who has a son struggling with addiction and currently in prison. She really wanted to send him a copy of the book, but prison rules required it come directly from the publisher. So we arranged for that. She was incredibly grateful.

Q: A lot of people tell me they hate running, or think it’s a necessary evil they need to do to keep in shape.  How are non-runners responding to your writing about running’s therapeutic effects?


Daniloff: Most people recognize that following some form of passion has a therapeutic effect and most people recognize the mind-body connection of regular exercise. But yes, lots of people do find running boring and repetitive, so it’s sometimes hard to explain to them how the repetitiveness and increased exertion over time is where a lot of cool things can open up. But I can see how some runners might say, “It’s a running thing, you wouldn’t understand.”  There’s something mesmerizing about the rhythm--the pounding feet, sawing arms, heaving lungs.
Q:  Can you explain some of these “cool things” that arise from the repetitiveness?


Daniloff:  Creative thought for starters. Plenty of images and lines for the book bubbled up during a run. Even things that I’d never have thought of sitting still at my desk; seeing a stubborn problem in a whole new light. There’s a real clarity. You can access greater depths of feeling for people in your life, for the world around you.
Q: I’ve always felt that success in running requires a willingness and tolerance for self-abuse.  Do you think the self-loathing you describe in your alcoholic past factors into your running?


Daniloff: I think in the beginning, running was more like self-punishment.  Running was fairly painful in the early years and I was welcoming of that pain.  Over time as running became less physically painful, and the mental element of running helped mitigate the self loathing, the shame, the guilt, the insecurities. I used to think if I run a marathon, then I’ve really come out the other side. But there always more “other sides” to come out of. That’s just life.
Q: Is it a sense of accomplishment that mitigates the self loathing?  I have to say some periods when I ran my best races and fastest times correlate pretty well to difficult times in my life, and my dad once told me, “You always run your fastest when you’re running away from something.”


Daniloff:  Your dad is probably right. Yes, the sense of accomplishment gives you the confidence and boosts your self-esteem, which can mitigate and soften negative feelings you might be harboring.  Running also allows one to indulge in the feeling of running away without actually doing so. And at the same time, it reminds you that you can’t run away from your problems. Your head is always going to be on your shoulders.
Q:  You’ve completed marathons in your old “sinning grounds” and earned redemption.  What’s next for you, running-wise?


Daniloff:  I’ll be running the Philadelphia Marathon in a couple weeks, and would like to run the Boston Marathon in 2013. I now run one marathon a year, but have no real time or distance goals at the moment.  The idea of running South Africa’s Comrades Marathon (a 56-miler) pops up in my mind from time to time.
Q: Have you thought of doing shorter races, like cross-country or 5 and 10k’s?


Daniloff:  I’ve run a couple 5Ks, but I like the challenge of the longer races where it’s about more endurance, not speed, at least for me.  I also prefer the longer races because I don’t want the run to end so quickly.
(An advance copy of Running Ransom Road was provided by Houghton Mifflin Harcourt for the purposes of this review.)
at October 31, 2012