Beer of the Month: Board Meeting from Port Brewing 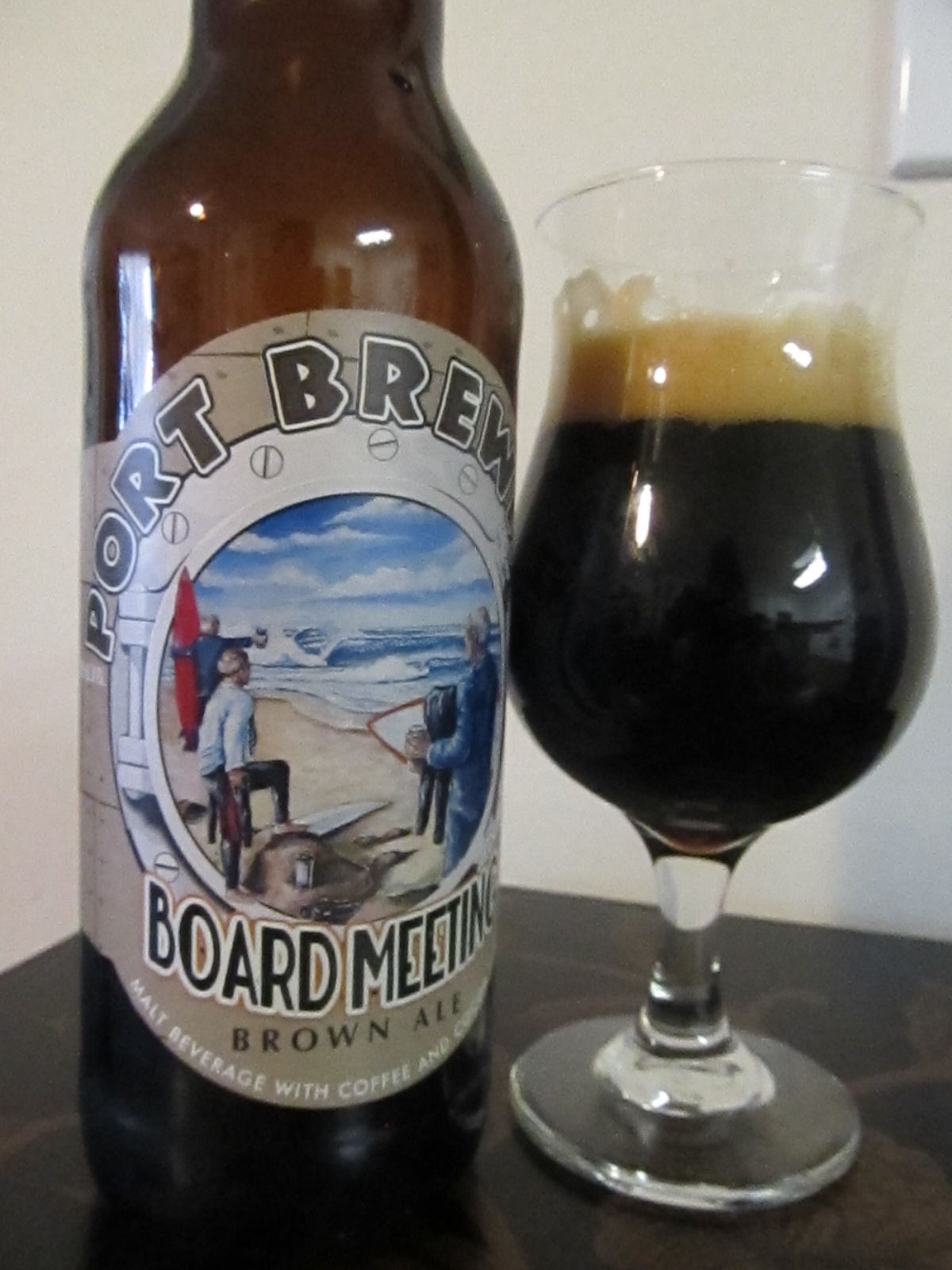 Brown ales are underrated.  There's something about how roasty malt flavors pop in a well executed brown ale.  While brewers continue to push the envelope to create the ultimate hop bomb, Port Brewing has quietly gone in the other direction to create the an awesome roast bomb with their Board Meeting Imperial Brown Ale.

True, this is no simple brown ale.  They've amped up the roastiness factor with coffee from San Diego's Ryan Brothers coffee roasters and cocoa nibs from San Francisco chocolate maker TCHO.
The result is a rich, roasty, very lightly sweet brew with a lot of depth and complexity.  The flavors slowly evolve over time with each sip, with the cocoa nibs seeming to dominate at first, giving way to the coffee at the finish.

Kind of ironic a brewery known for hop bombs like Mongo Double IPA, Wipeout IPA, and Hop-15  succeeds big time going the malt direction, don't you think?   It's a new beer to Port Brewing's year round line-up they introduced just last February.   As Port Brewing director of brewery operations Tomme Arthur put it in a press release,  “Interestingly, we’ve never produced a brown ale, so Board Meeting seemed a natural fit in our portfolio. ”