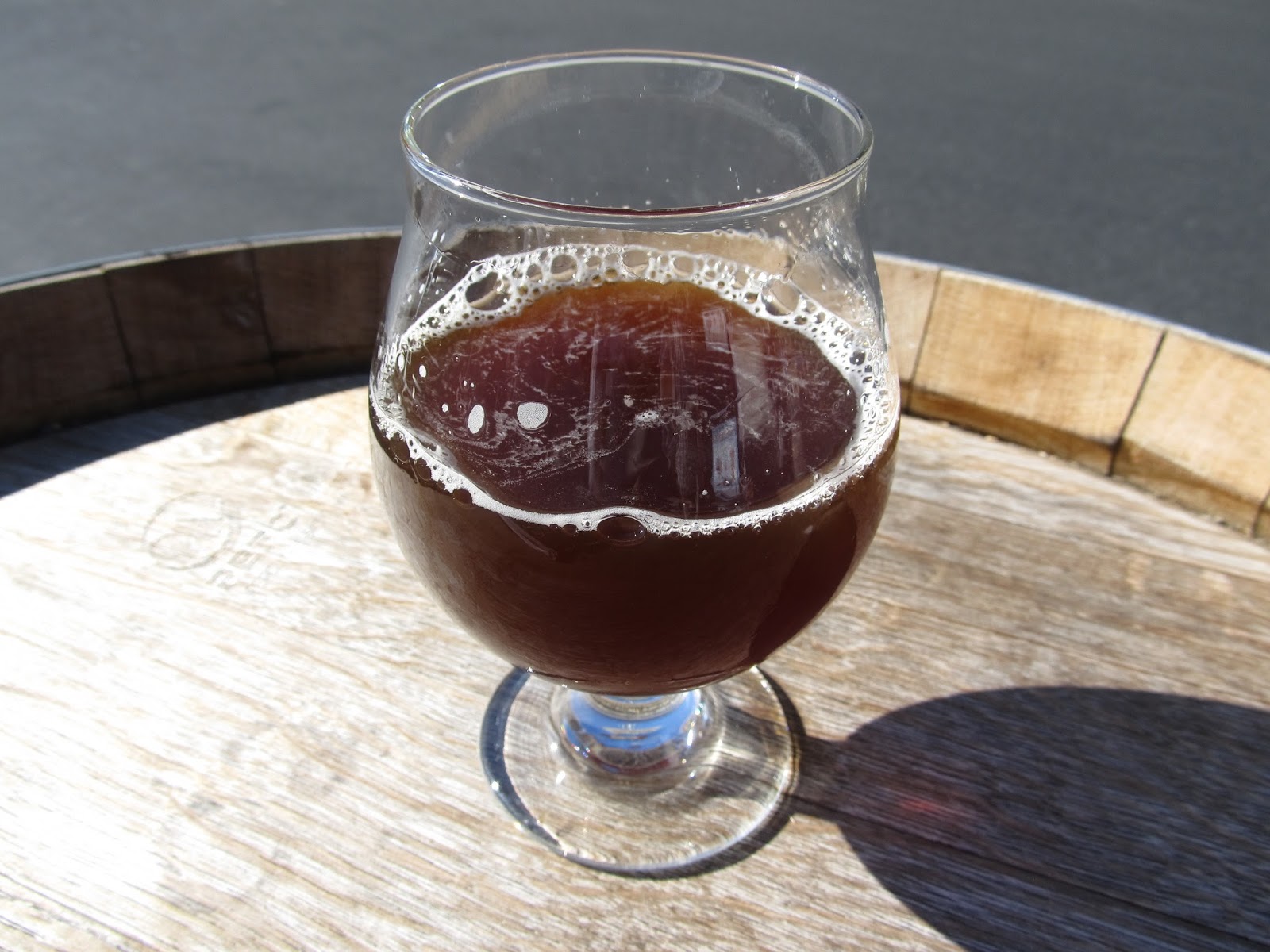 Yes, I'm still on this Santa Cruz brewery kick.  Maybe I just have a fascination with that quirky city over the hill.  Or maybe it's because they make a lot of damn good beer down there.  Whatever the reason, our Beer of the Month hails from Sante Adairius Rustic Ales in Capitola.

There's been enough buzz about Sainte Adairius since it was founded last year that it was getting increasingly embarrassing to admit I hadn't been there yet.  Of course, given that few breweries could live up to considerable hype over Sante Adairius, there was the fear the beer would be a let down when I finally got to taste what everyone's been raving about.

The good news is that wasn't the case a couple weeks ago on a warm late summer afternoon when my wife and I strolled over to Sante Adairius tap room to find the place overflowing into the parking lot outside.  Everything we tried was pretty good to excellent and it's hard to pick a favorite when more than a couple of their beers made our eyes open real wide and made us exclaim "Wow!"

But forced to choose, I'll take Nonna's #4 Sour Brown Ale.  A sour brown sounds like a bad batch of homebrew I once made, but the idea makes a lot of sense when you think about a Flander's Red Ale.  I loved the crisp, clean sourness with an underlying nuttiness to it.  It's a struggle to define how it tastes, but often great beers are the ones that aren't neatly broken down into flavor components.

You can't go wrong with any of Sante Adairius's beers, but their 831 IPA is worth seeking out as well.  It's a balanced, dry, musty and herbaceous brew that's undeniably a tribute to the hop but it an way you've never tasted before.  And if you want to learn more about the brewery, check out this great interview from Beer Samizdat.
at September 10, 2013