Reflections on "Beyond the Pale" by Ken Grossman 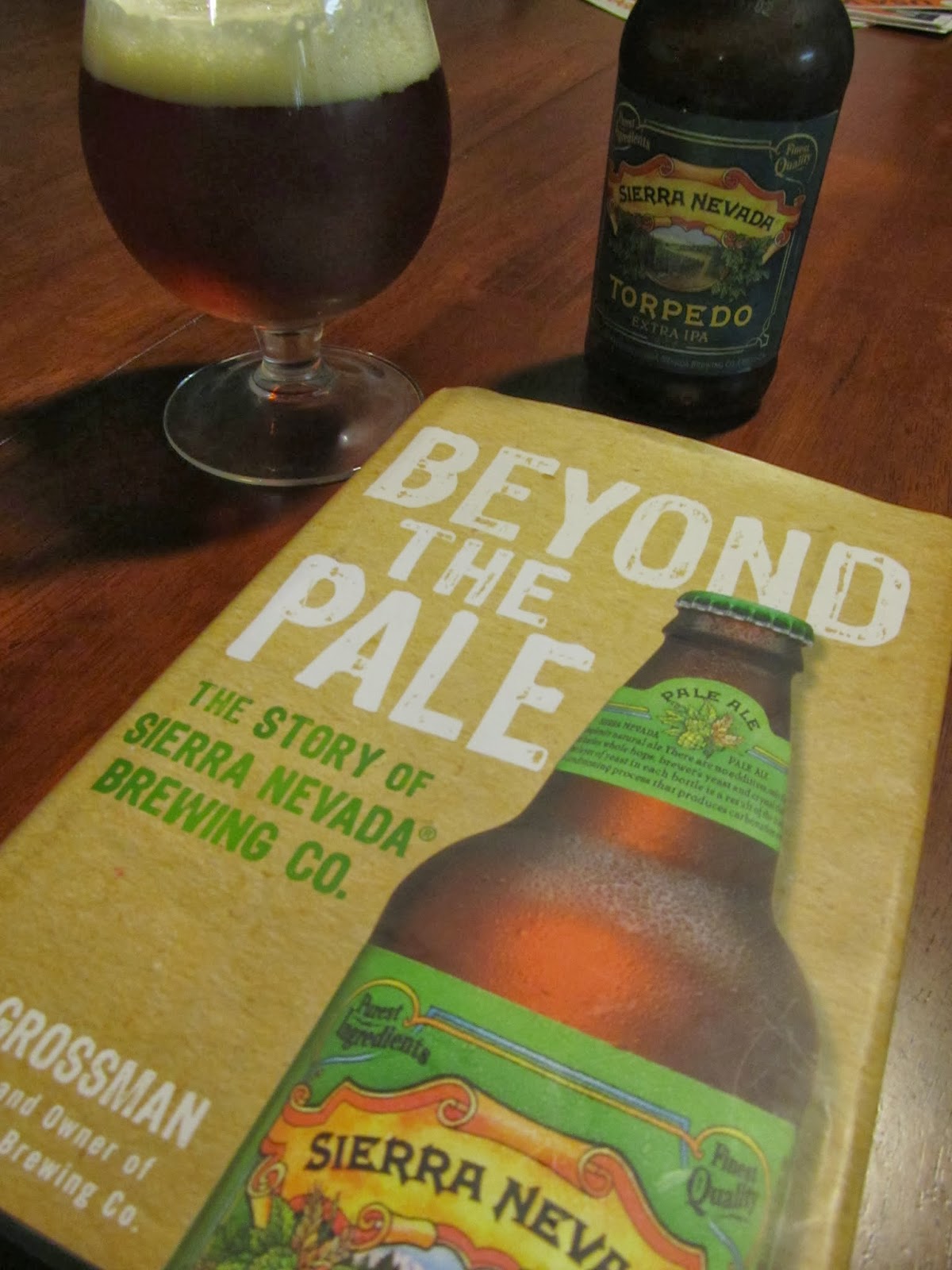 When we think of California entrepreneurs, most think of people like David Packard, Steve Jobs, or Elon Musk.  Should we add Ken Grossman to this select group?  Foodies swoon over Thomas Keller and Alice Waters, but have they really had a bigger impact over our national cuisine and food culture than Ken Grossman?

These questions are ones I hadn't considered until reading the Grossman's long awaited autobiography of Beyond the Pale.  It's a fascinating study of someone who over thirty years ago literally built a brewery out of little more than discarded scraps salvaged from junk yards.  Back in those days, distribution meant Grossman delivering beer to the few places that would sell it in his pickup truck.  His typical 12+ hour days were spent restoring antique bottling lines to functionality, repairing refrigeration equipment, or welding together discarded dairy equipment into a brewing system, things today's craft brewers rarely ever do.  Supplies were hard to come by in those times, so Grossman even found a way to incorporate unwanted hop samples larger breweries had no use for into some of his early brews.  Grossman's problem solving skills, creative force, and seemingly unstoppable energy jumps out through the dense prose on nearly every page.   At times, I found it exhausting just reading about the shear number of projects and challenges he tirelessly took upon himself to build up a brewery from scratch.

Each chapter is an education onto itself.  Whether talking about the brewing process, creating a business in a time where small breweries were virtually non-existent, discussing legal and business wrangling that occupied much of his energy in the 90's, or espousing his personal environmental and management policies, there is plenty to learn on each page and Grossman shares plenty of great insights.

For example, on the United State's three-tiered distribution system, often vilified in the craft beer industry as stifling competition in favor of large brewing corporations, Grossman writes, "Collectively, this complex web of seemingly arcane state and federal laws has done a lot to allow the craft movement to flourish.  Many other countries don't have a prohibition against the vertical integration of manufacturer and retailer, which has generally stymied the growth of small and independent brewers.  For example in England breweries had a long history of owning pubs, and through consolidation a handful of brewers controlled tens of thousands of pubs that sold only their own brands, making it nearly impossible for start-up breweries to get their beer in front of consumers....In other part of Europe and the world, it's common practice for breweries or distributors to cut exclusive deals with bars and restaurants....in exchange for exclusivity in the brands the retailer sells.  These market driven systems may be aligned with some people's notion of free enterprise, but they limit choice and independence, favoring a consolidated industry in which a large supplier that can provide beer, spirits, winder, soda and so on has a significant upper hand that eliminates a level playing field for competition."

These type of comprehensive, insightful, and at times a little long winded, explanations on all things craft beer are peppered throughout the book.  Grossman wrote Beyond the Pale during a time of ambitious and time consuming plans for a second brewery.  As he put it, "The last thing I needed on my plate was writing a book, so a dragged my feet for several months until one day I had an uncharacteristic lapse in judgment and finally caved."  This hardly seems like the making of a great book, but it's yet a further insight on Grossman's incredible stamina, experience, and brewing knowledge.  Of course, it also explains why the last few chapters are a bit meandering and at times have the feel of being written by committee.  Despite Grossman's candid admission to his readers from the very beginning that the book they are about to read was a distraction, he comes through for his readers with a thoughtful, insightful, and comprehensive story about how Sierra Nevada came to be.  That says an awful lot about Ken Grossman in itself.
at November 21, 2013