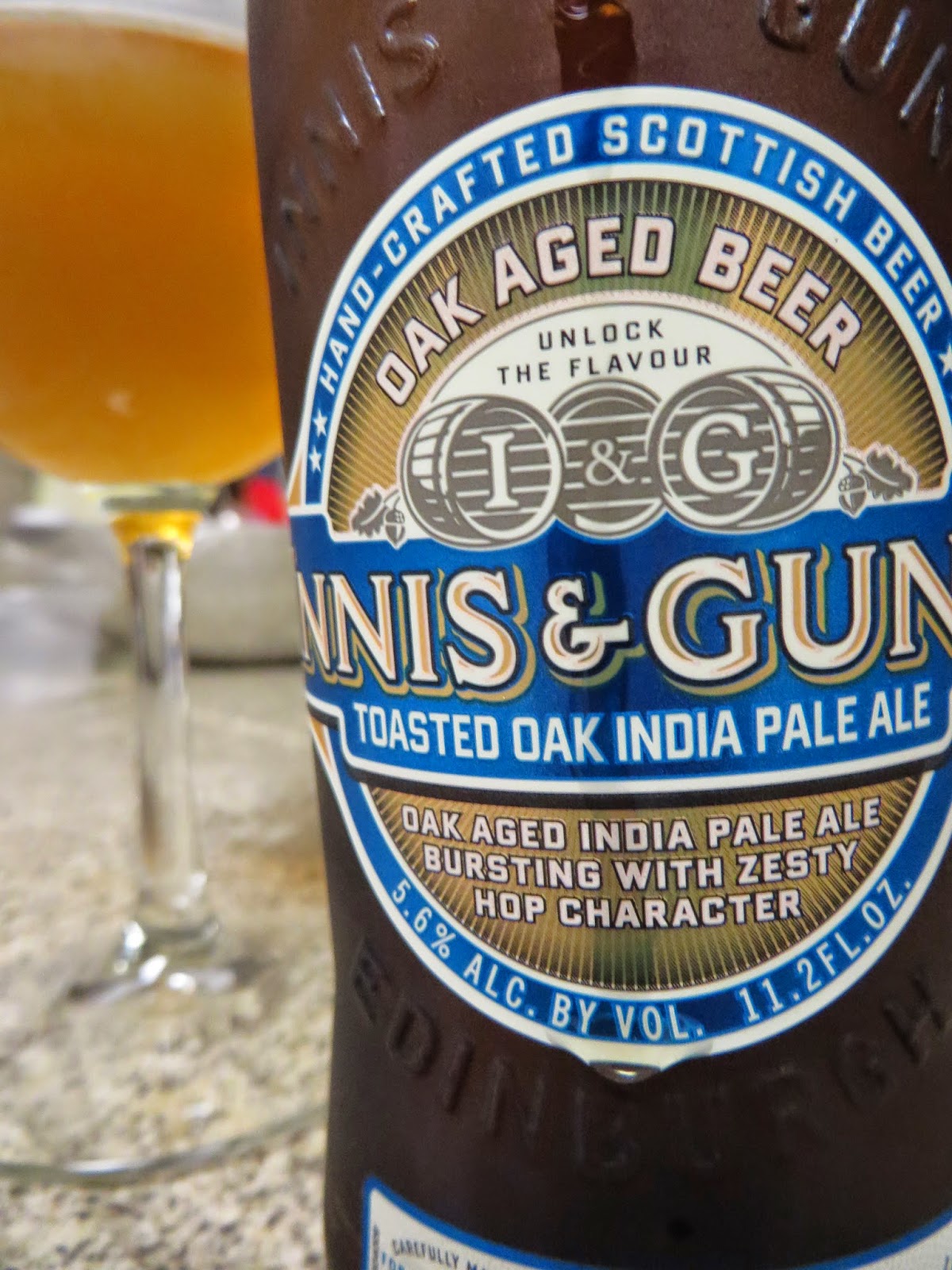 Last time most people were thinking about Scotland on this side of the pond, it was over the Scotland's Independence Referendum last month.  With the votes tallied and the independence movement falling short in their attempt to break from the United Kingdom, we no longer find ourselves asking questions like "What is Scotland's true identity?" or "How would Scotland function economically as an independent country?.  Instead, we can shift our attention more pressing issues, like "What's the beer from Scotland like?"

It's not something I considered much until a press release landed in my inbox touting Scottish brewery Innis & Gunn winning two silver meters in the 2014 U.S. Open Beer Championships.   Innis & Gunn's  Toasted Oak IPA won Silver in the Wood/Barrel Age Pale Beer category, while Innis & Gunn Rum Aged beer also won Silver in the Wood/Barrel Age Dark Beer category.  The e-mail went on to ask if I was interested in sampling these beers for a review.  As you might expect, when someone offers me award winning beer to sample, I usually don't turn them down.

I found both these award winning beers to be quite unlike the barrel aged beers commonly brewed in California,  Innis & Gunn Rum Aged Beer is aged with oak chips.  They package it in a disturbingly clear bottle but I detected none of the skunkiness one usually finds in beer exposed to light.  It's has a lot of toasted oak flavors with a little sweetness and a little rum on a surprisingly thin underlying light amber beer.  A nice changed of pace to most oak aged beer in the US which tend to be high alcohol Imperial malt bombs.

But what really got my attention was the Toasted Oak India Pale Ale.  It's one of those beers that make you sit up and say "Wow!" when it first falls on your tongue.  The oak melded with the hops to give it a unique, hard to define flavor combination.  There taste the oak, some of the hop bitterness and this wonderful orange citrus flavor.  It's all rather subdued in its complexity, with the dryness allowing all the flavors to come through without any sweetness getting in the way.

Innis & Gunn part of the newer wave of craft breweries started on the other side of pond, founded in 2002 and specializing in barrel aged beers.  They're making a push to expand distribution into the United States, which means they're doing things like sending out samples to bloggers, hoping we'll write nice things about their beer.  So yes, I've taken that bait.   But I'm hear to say, if you want to see barrel aged beers taken to different and tasty dimensions to those normally brewed in the United States, these two Innis & Gunn brews are worth seeking out.
at October 19, 2014