One of the more unexpected brewing success stories of the past year was the unlikely popularity of Anderson Valley Brewing's "The Kimmie, the Yink, and the Holy Gose", released last year for package sale as part of their Highway 128 Session Series.  If it wasn't surprising enough that a Gose, a nearly extinct German style would be a hit, its odd combination of sour and salty flavors is also not something that immediately sounds like a winning combination. Yet, somehow, the light malt, sour and salty flavors coupled with a low 4.2% alcohol by volume all came together to create a novel and highly refreshing brew. A little later, Anderson Valley added blood orange to the mix and scored another hit with their Blood Orange Gose.

"We didn’t really set out to brew this beer in the first place, " explained Allen.  "At the time, we were experimenting with a sour mash and someone suggested we try brewing a Gose.  Only a couple breweries in Germany were brewing this style at the time.  So we tried that and we all liked it."  Of course, with most beers, there's a process to tweaking the recipe to get the final brew.  "It took us about 4 or 5 months and 4 or 5 test batches to finally get the recipe," recalls Allen.  "It wasn’t too difficult figuring out the grain bill and hops for the beer.  The bigger challenge was determining how sour or salty to make it, and what level of “funkiness” it should have."

Fal Allen takes a highly democratic approach in the development of all Anderson Valley beers, soliciting input from all of his brewers to determine the final recipe.  "I find it important in getting all the different points of view so the resulting beer appeals to wide spectrum," explained Allen.  "If it were just me doing the tasting, I’d end up brewing beers I like, but maybe not a lot of other people would." 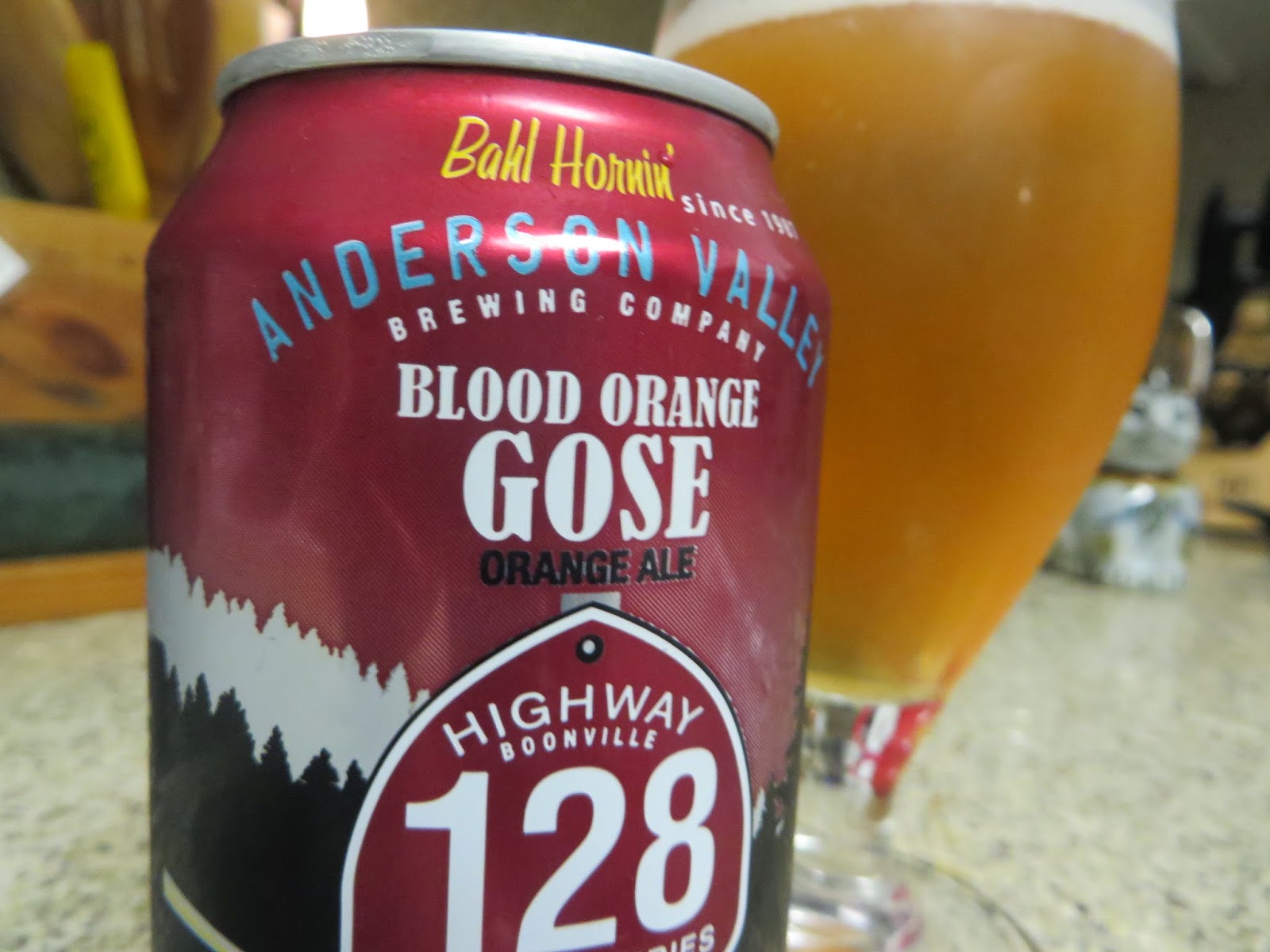 The Gose gets is light sour taste from lactic acid bacteria, which is not something a brewery would usually want in its brewhouse infecting all the other beers.  So Allen is careful to create the sour flavor in the brew kettle using a long, eight hour process and then thoroughly boiling the wort to ensure all that bacteria is killed off.

As for how blood orange found its way into Anderson Valley's Gose, with the success of the original Gose, Allen started experimenting with other additions.   He tried different spices, and had high hopes for a tamarind Gose, which turned out to be a disaster.  "Tamarind is also sour, and sour on sour is just too much."  He also tried tangerine and grapefruit, but found blood orange created better flavors and aromas.  And as Allen enthusiastically added, "It gives the beer a cool name!" In case you were wondering, Anderson Valley does indeed have another version of Gose in the works to be released within a year from now. They just aren't ready to talk any more about it yet.

One of more exciting revelations from America's recent brewing revolution is that the seemingly simple beverage of beer has been taken new and unexpected direction.  Anderson Valley's Gose and Blood Orange Gose are simply recent proof of that.

(It should be noted the author enjoyed an Anderson Valley Blood Orange Gose while writing this article.)