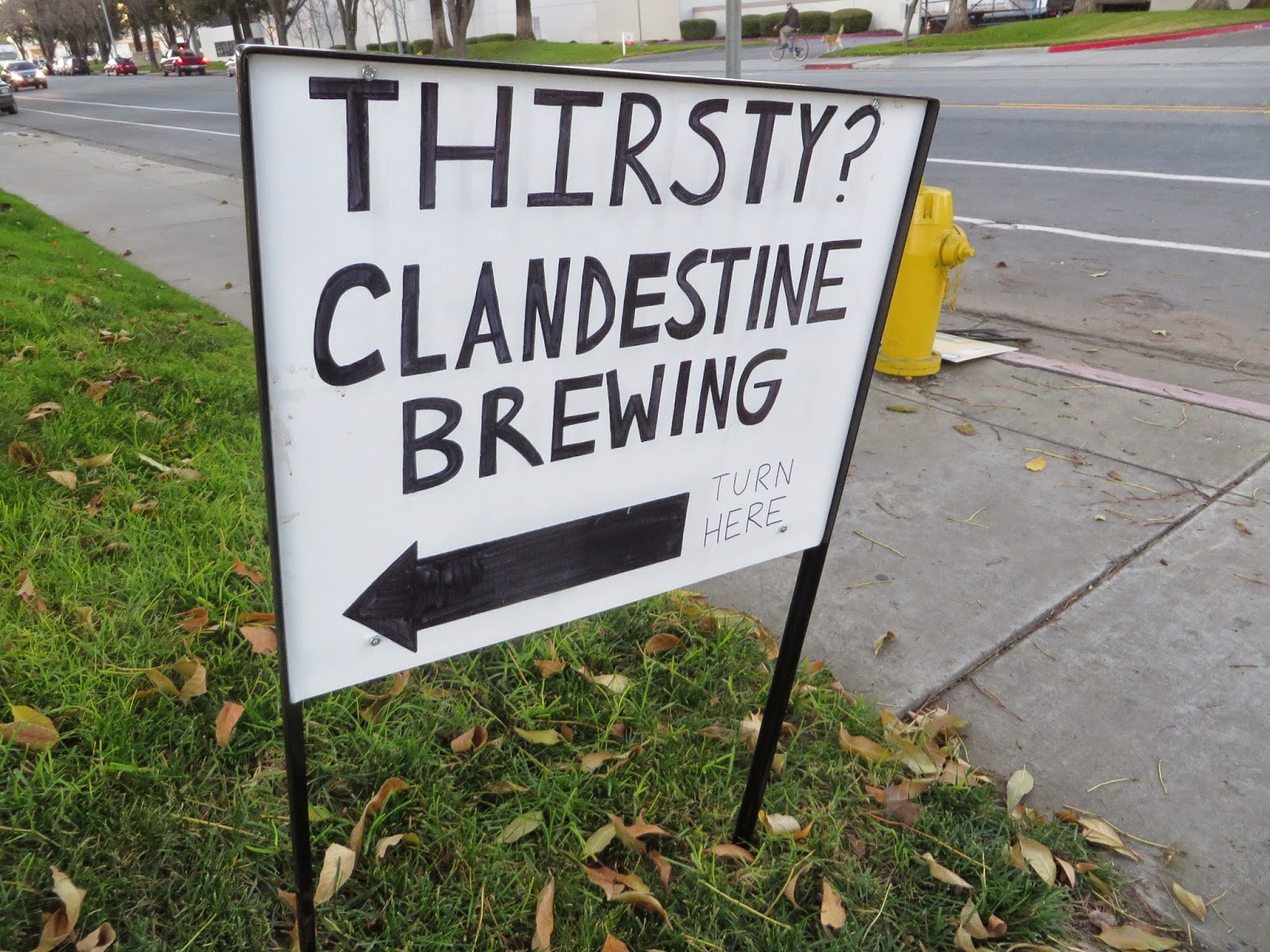 posed one of the more challenging breweries to write about. Most breweries have just one brewmaster, a standard line-up of maybe 5-6 beers, and it's own history.  Clandestine has four brewers, numerous beers in a constantly changing line-up, and it's own intriguing history. Add that all four brewers bring their unique stamp to the place and that Clandenstine is part of the recently developing South Bay Brewing scene and it was particularly difficult to parse all that rich material into something under 1,000 words.  The result, which I'm proud of, but doesn't due the brewery justice, is in the current print version of Edible Silicon Valley, and here is a link to the online version.
at April 20, 2015