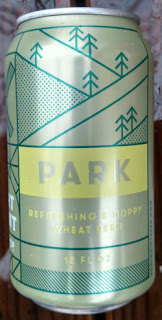 Buoyed by all the excellent performances by the US Men and Women at last week's Rio Olympics, it's time once again to ramble on about some of the brews I've been drinking these days.

I'll start with Fort Point's Park Hoppy Wheat. Hops and wheat can be a dangerous mix, sometimes leading to flavors that clash, taste chalky, or just turn out weird. Not here. This brew's a fresh, balanced one with lemon citrus flavors and excellent floral aromas. A well crafted beer. 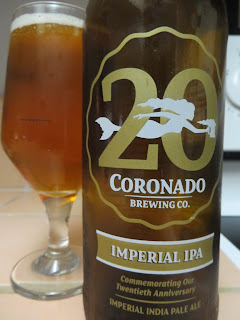 Moving along, we come to Coronado Brewing's 20th Anniversary Double IPA.  "Each year we brew a huge, hopped-up Imperial IPA for our Anniversary,"  explains Coronado Brewmaster Ryan Brooks in a press release.  "This year's version is bursting with tropical notes from a blend of Citra, Mosaic and Hallertau Blanc hops."  I didn't quite get a tropical vibe from this, instead noting intense fruit flavors of plum, apricot, tea, and little pine thrown in for good measure. Coupled with a toasty, sturdy malt that added a little sweetness, it's just an excellent composition of unique hop flavors worthy of the 20th Anniversary celebration of a major craft brewery.

Finally, I'm a big fan of Horse Tail Dry Hopped California Common from Santa Cruz Mountain Brewing. Who says amber beers like this are boring? Toffee dominates, but flavors of coffee and oak are also in the mix for a wonderfully drinkable complex brew. The dry, study malt malt brings it all together. 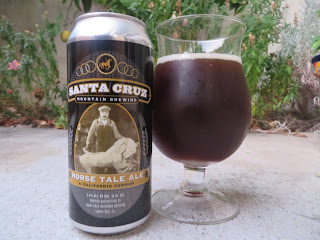