A Safe Haven from the Liquid Giants of Half Moon Bay 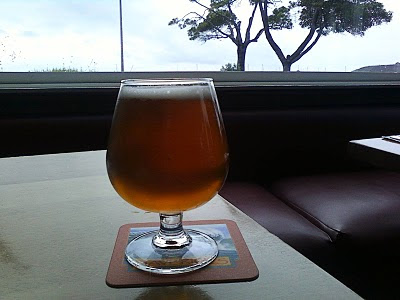 Half Moon Bay on the California coastline 20 miles south of San Francisco is a unique combination of a tourist town, farming village, and fishing port. North of the city, just off the Pacific Coast Highway next to a medium sized boat harbor, lies Half Moon Bay Brewing. I've been always meaning to got to this out of the way destination and so on an overcast Saturday, with few weekend visitors around, finally got the chance to check the place out.
As you might expect for a brew pub on the Pacific Coast, the menu was dominated by fresh seafood dishes. So it wasn't too surprising to find the beer brewed so it paired well with the local catches. For example, the Pillar Point Pale Ale had light nutty maltiness to go with its restrained leafy and herbal bitter hop finish. The Princeton-by-the-Sea IPA was your typical West Coast IPA, with just a whisper of malt to hold back the floral and grassy hop onslaught, except that hop character was decidedly less intense than one usually finds in California. Taking notes on the various brews I tasted, the words "light" and "slightly" come up a lot. My favorite selections with the sweet, milk chocolaty Paddle Out Stout, and Moonglow Barleywine, a highly malt-forward barley wine with plenty of sweet toffee flavors with slight citrus under tone.
The brewpub itself sits in an area protected by a long rocky jetty, creating a calm, almost serene ocean side setting. But venture out along the rocky coastline of nearby Pillar Point, beyond the jetty, and the atmosphere abruptly changes. Here is where the Pacific Ocean is at its most ferocious.

High winds, sea currents, and an ocean floor that rises quickly from great depths as it approaches the coast combine to create huge waves just beyond Pillar Point. Once a year if all the conditions are right, a bunch of big wave surfers gather together on 24 hours notice for famed Mavericks Surfing Contest, to see who's the best at riding waves the size of a small office buildings. The winner is often recognized as the best big wave surfer in the world, and simply just riding a few of these waves earns adulation within the tight-knit surfing community. Every so often, someone trying to tame these waves dies.

You need a jet-ski to get close these liquid giants, and not having one, or willing to risk the turbulent surf even if I did, got as close as possible on land before retreating back to the safety behind the rocky jetty to the quiescence of the inner shoreline. 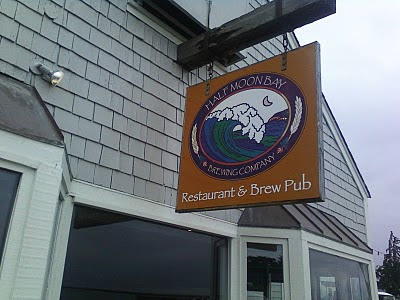 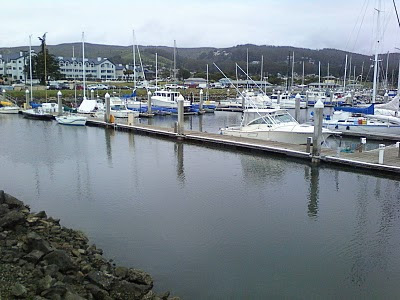 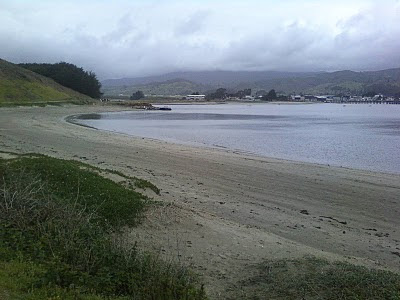 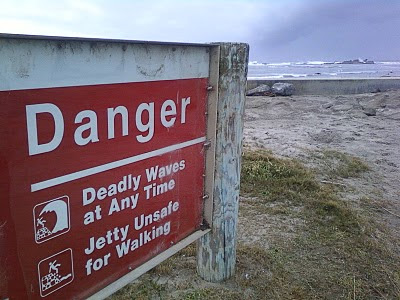 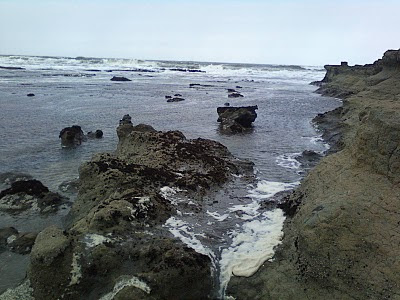