The San Jose Giants are now my favorite baseball team 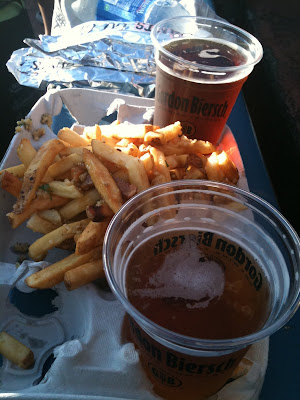 When my wife and I took our kids to the first base ball game to see the San Jose Giant's beat the Visalia Rawhide last night, I found my a new favorite baseball team. Can any baseball team in the majors or minors boast a better beer selection than San Jose Giants serve at their stadium? Seriously, you can find Sierra Nevada (Pale Ale and Summer Fest), Gordon-Biersch (Czech Pilsner and Marzen), Lagunitas IPA, Heineken, and the ever ubiquitous Budweiser and Bud Light at a stadium that seats maybe 5,000 people.

And in their own unique way, Lagunitas actually makes stadium restroom advertising a welcome sight. 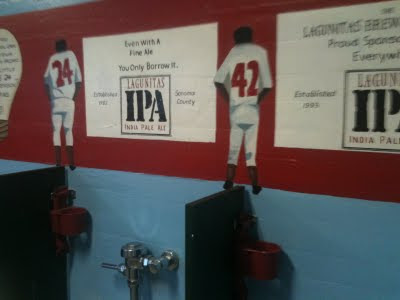 My favorite baseball team used to be the Chicago Cubs. My high school years in the early 80's were spent in the Chicago area, and I learned at that young age that being a Cubs fan isn't as bad as it sounds, since the team keeps your expectations so low they cannot logically disappoint you. But somehow, the Cubs always find a way. The Cubs are always bad, but this year they're really bad, and having lived 2,000 miles away from Chicago for over eleven years now, it just time to give up the long suffering Cub fan thing. (My wife claims this long suffering Cub thing is in my blood and I'll never get rid of it. I hate to admit she's probably right.) 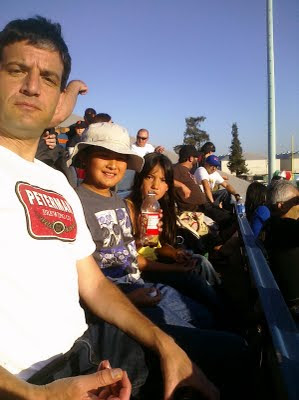 Before I moved to Chicago in 1980, my favorite baseball team was the Toledo Mud Hens, who played near my home town of Bowling Green, OH where I grew up in the 70's. The great Mud Hen's of the 70's like Joe Lis, Cardell Camper, and Vassie Gardner mean little to even the most knowledgeable baseball fans, but they were my heroes as a boy. Vassie Gardner even taught me how to field a ground ball in a Little League clinic. The times Dad would take me to see the Mud Hens game were were memories any kid growing up should have.

And so it was time to pass on that favor to my kids yesterday, and my wife and I took them to their first game hoping to create the same great memories for them. And I learned something. These are memories any father should have, too.
at July 24, 2011