Checking out the Anheuser-Busch Brewery in Fairfield, CA 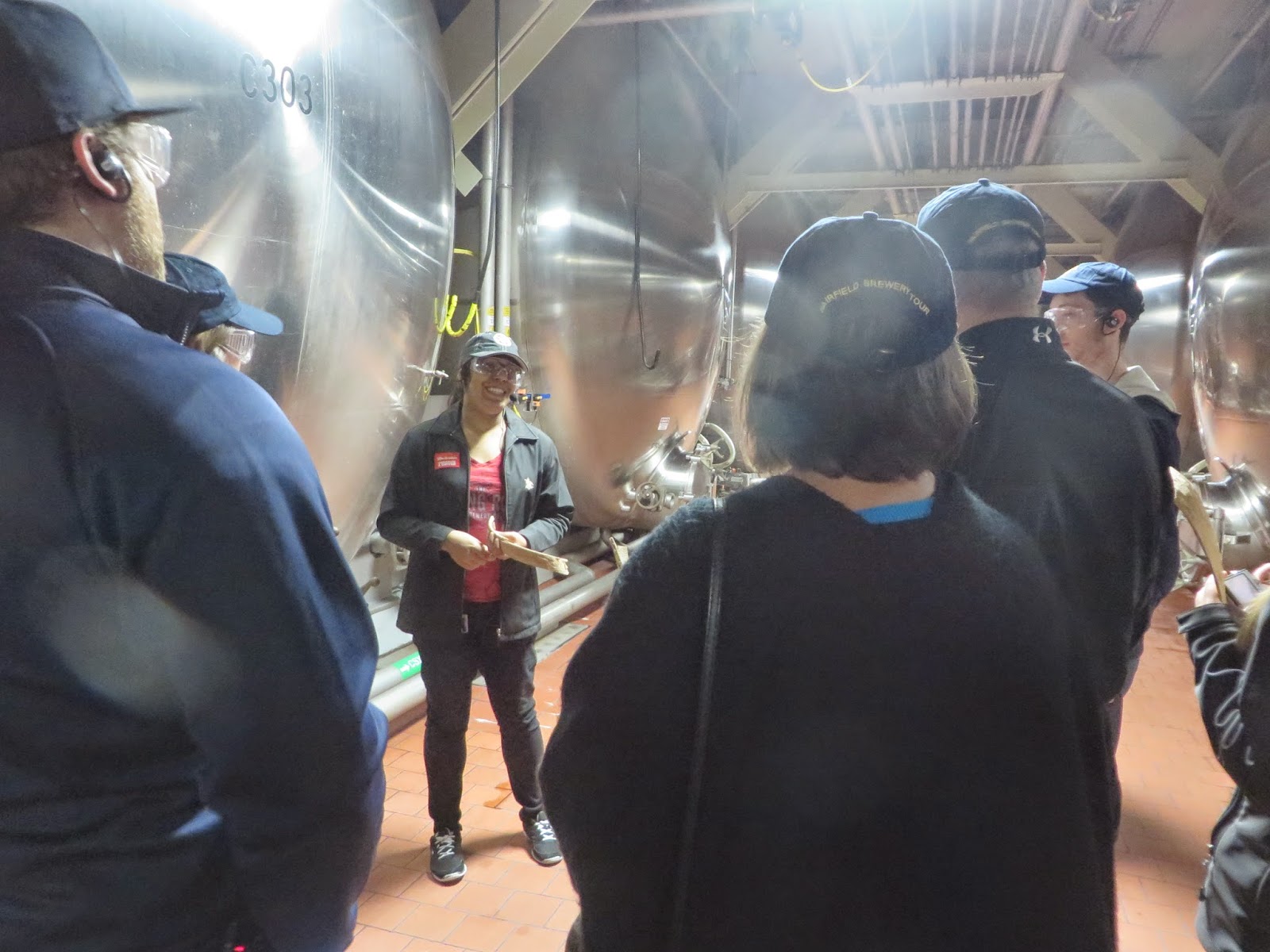 Say what you will about Anheuser-Busch, some of the finest brewers in the world work there. While an Anheuser-Busch product is something I rarely reach for, I do enjoy drinking an ice cold Bud maybe twice a year.   Furthermore, I have tremendous respect for the beer itself. You can learn a lot about a beer by going to its source, so I've long wanted to trek up to their brewery Fairfield, CA to take the Anheuser-Busch Brewmaster Tour on a chilly late December Saturday afternoon, finally getting the chance to look inside the imposing building in I've seen several times driving through Fairfield on Interstate 80.

I honestly didn't know what to expect when signed up for the Brewmaster tour, which at $25 promised a more in-depth experience than the standard complimentary brewery tour.  Was I paying twenty-five bucks for just a sales pitch with some extra swag thrown in?  Or would I get to stand next to the Brewmaster, hearing all his deep words of wisdom for creating a clear, iconic lager as he pitched the yeast for the next batch of Budweiser?

As you might guess, the tour turned out to be somewhere between the two. One of the first thing our guide showed us was a couple big windmills outside the brewery.  One was installed in 2011, the second one last August. Together, they supply about 40% of the brewery's total electrical power. Our guide also explained that in the last four years, the brewery has reduced its water usage by 40%.   Most craft breweries are pretty forward thinking when it comes to the environment, but how many can claim things like that?

As for the brewery itself, having visited plenty of other smaller breweries, the immense size and scale of the place was the first thing that struck me.  Of course, I expected it to be bigger than all the craft breweries I've visited but somehow walking down the long hallways lined with huge tanks directly confronted me with the tremendous scale Anheuser-Busch brews at.  A considerable amount of engineering is required just for all the plumbing and mechanical support of all the huge equipment.  Say want you want about Anheuser-Busch products, they are clear results of impressive ingenuity and know-how.

Our guide was personable and well trained, recounting all the basic steps of the brewing process. She even talked about IPAs and other beers Anheuser-Busch didn't brew, seemingly admitting that the beers brewed inside the factory walls were mired a slow, tedious and most likely irreversible decline .  Since the Fairfield facility brews Anheuser-Busch beer destined for Northern California and the Pacific Northwest, this brewery, out of the twelve Anheuser-Busch operates nationwide, has been hit especially hard by the craft beer revolution.

Perhaps the fact that Anheuser-Busch falls on the trailing edge of America's beer tastes was most evident when our guide took us into the hop storage room.   Standing in the hop room at any brewery and inhaling all the pungent aromas is easily of the most stimulating experiences know to humankind. On that score, the Anheuser-Busch hop room was a bit of a let down.  Like their beer, their hop room just really wasn't that hoppy.  The hop aromas were noticeable but lacked the powerful, almost intoxicating presence in a hop room at any craft brewery I've been to.

We did get the opportunity to taste four beers straight from the fermentation tanks.  Bud Light was crisp and clear with the light green apple flavors of classic Budweiser.  Natural Ice had a slight, unexpected sourness.  Busch Light tasted like absolutely nothing.  Shocktop Wheat compared to those three was positively a flavor explosion and underlined what a radical departure Shocktop must have been from the standard Anheuser-Busch line when it was first released.

The tour over, my wife and I used our complimentary drink tickets to try a couple Anheuser-Busch beers in the tour tap room.  I was actually quite impressed with Shock Top's Shockolate with plenty of rich chocolate flavors. The combination of yeast and chocolate worked well together, but it was a bit too sweet.   Less sweet and it would've been a really interesting Wheat Beer.  A little more sweetness and it would've been a disgusting alcopop, although some might argue it was already there.

As for the tour itself, let's say I was pleasantly surprised.  I thought it was well worth the twenty five bucks, even without the complimentary baseball cap and tasting glass.  The free tour doesn't go to hop room or fermentation tanks, and much of the tour is pre-recorded so I say spend a few bucks and take the Brewmaster tour.  While I didn't learn any profound truths about how the Anheuser-Busch beers are brewed, I certainly got an inside look at major American brewery and a much better appreciation of what goes on inside. I also saw that Anheuser-Busch has a genuine interest in becoming a more environmentally sustainable corporation, a side of the company I didn't expect and few actually see.

With that, I'll leave you with a few more pictures from that afternoon. 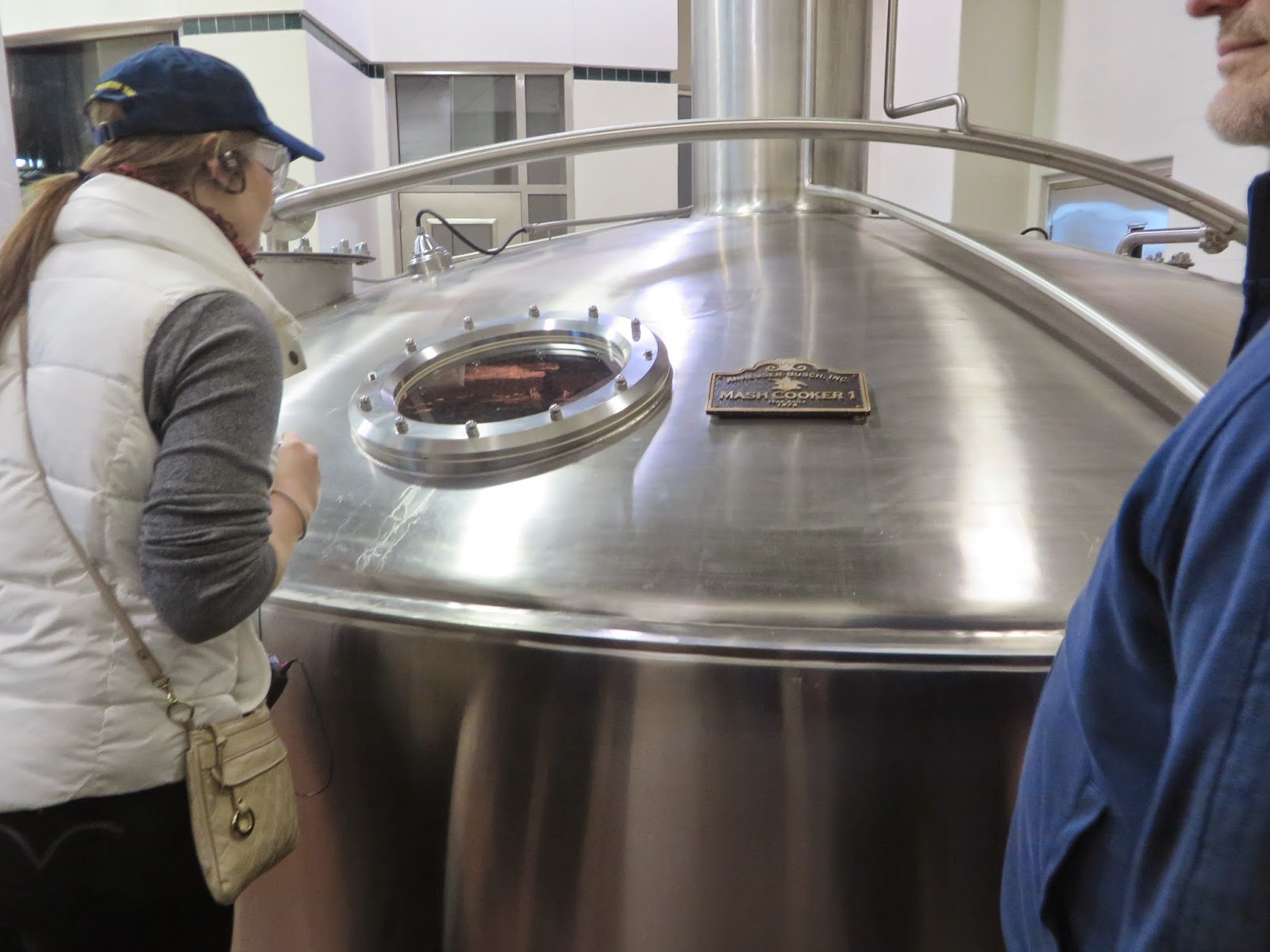 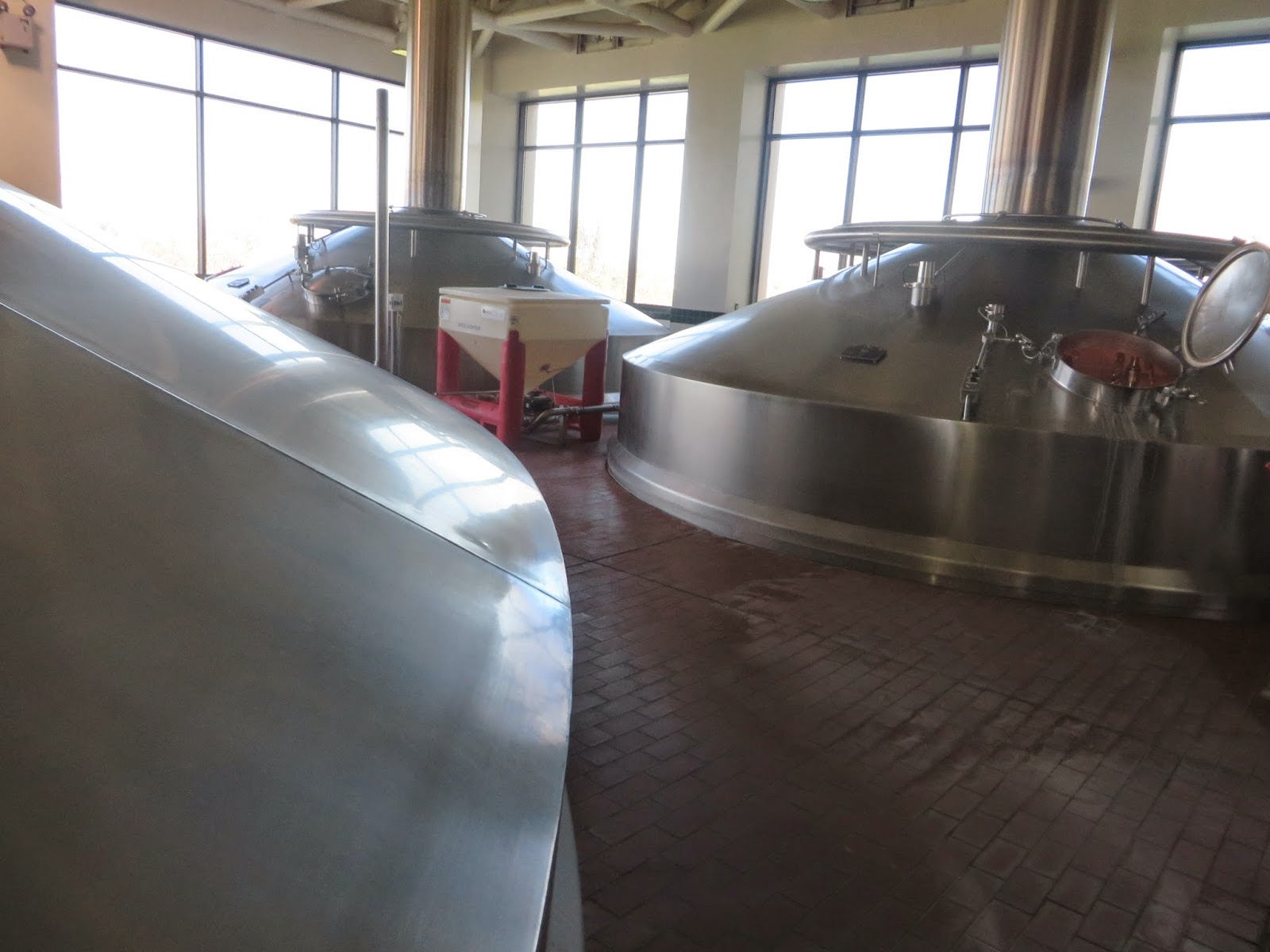 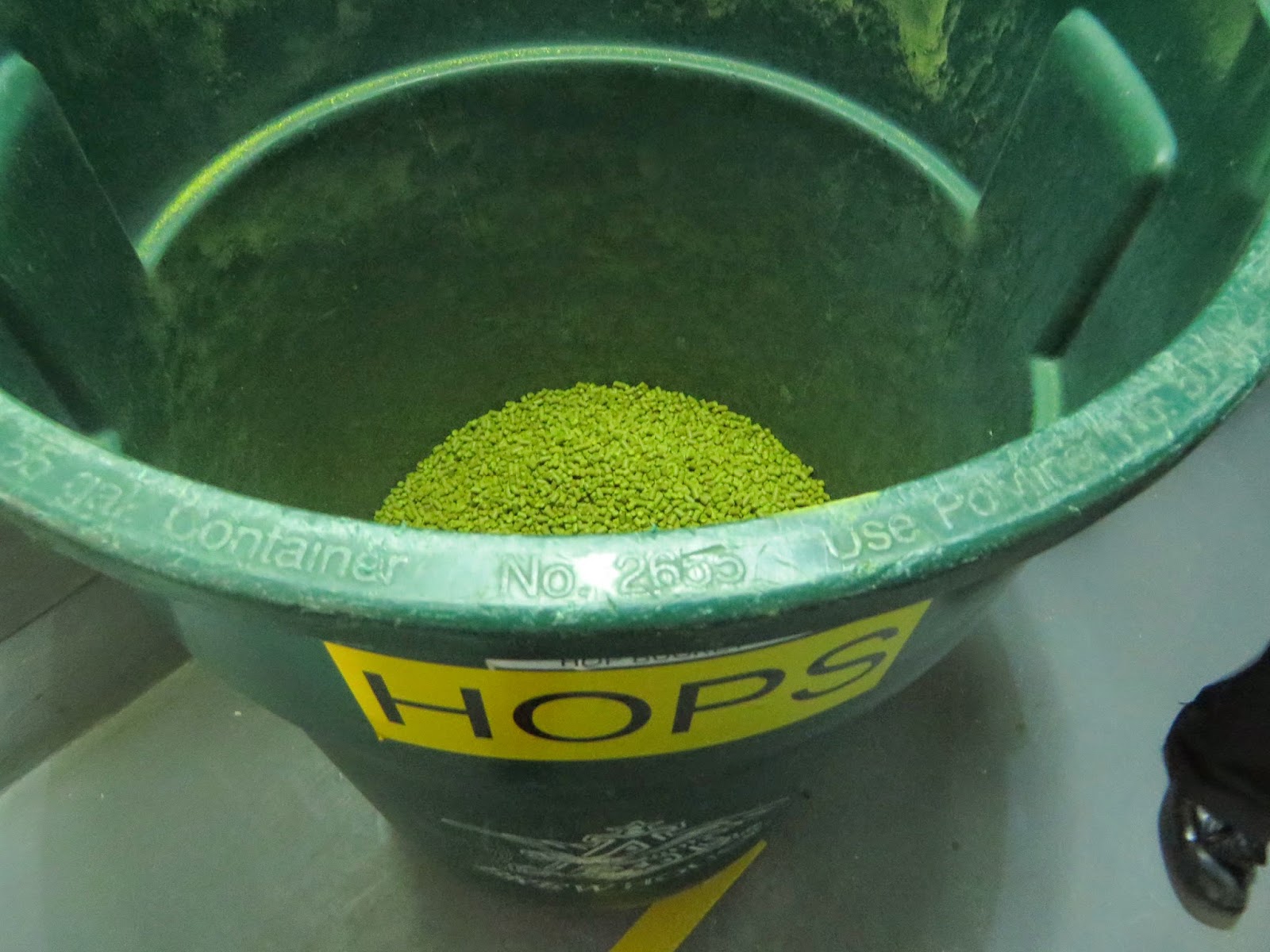 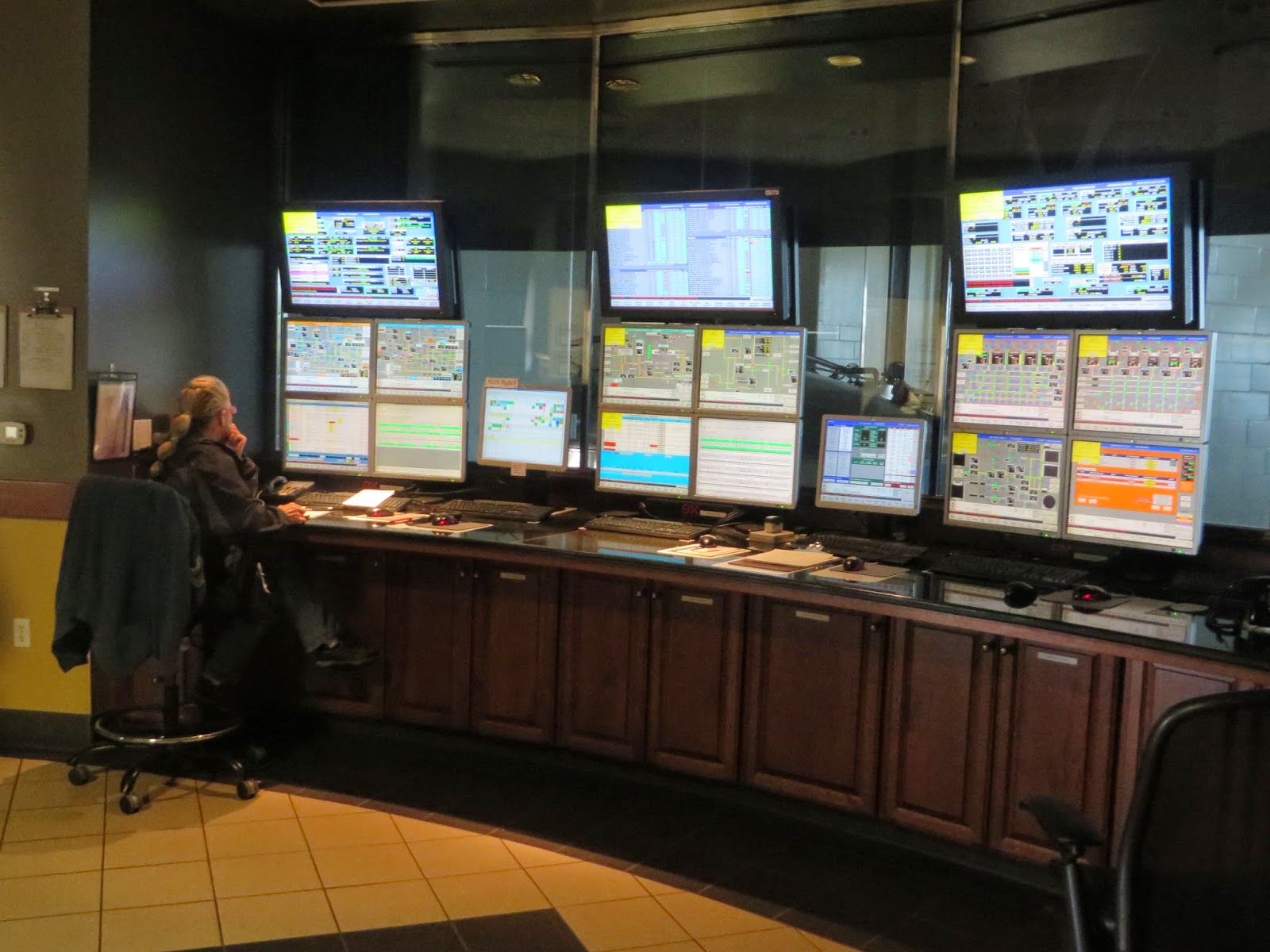 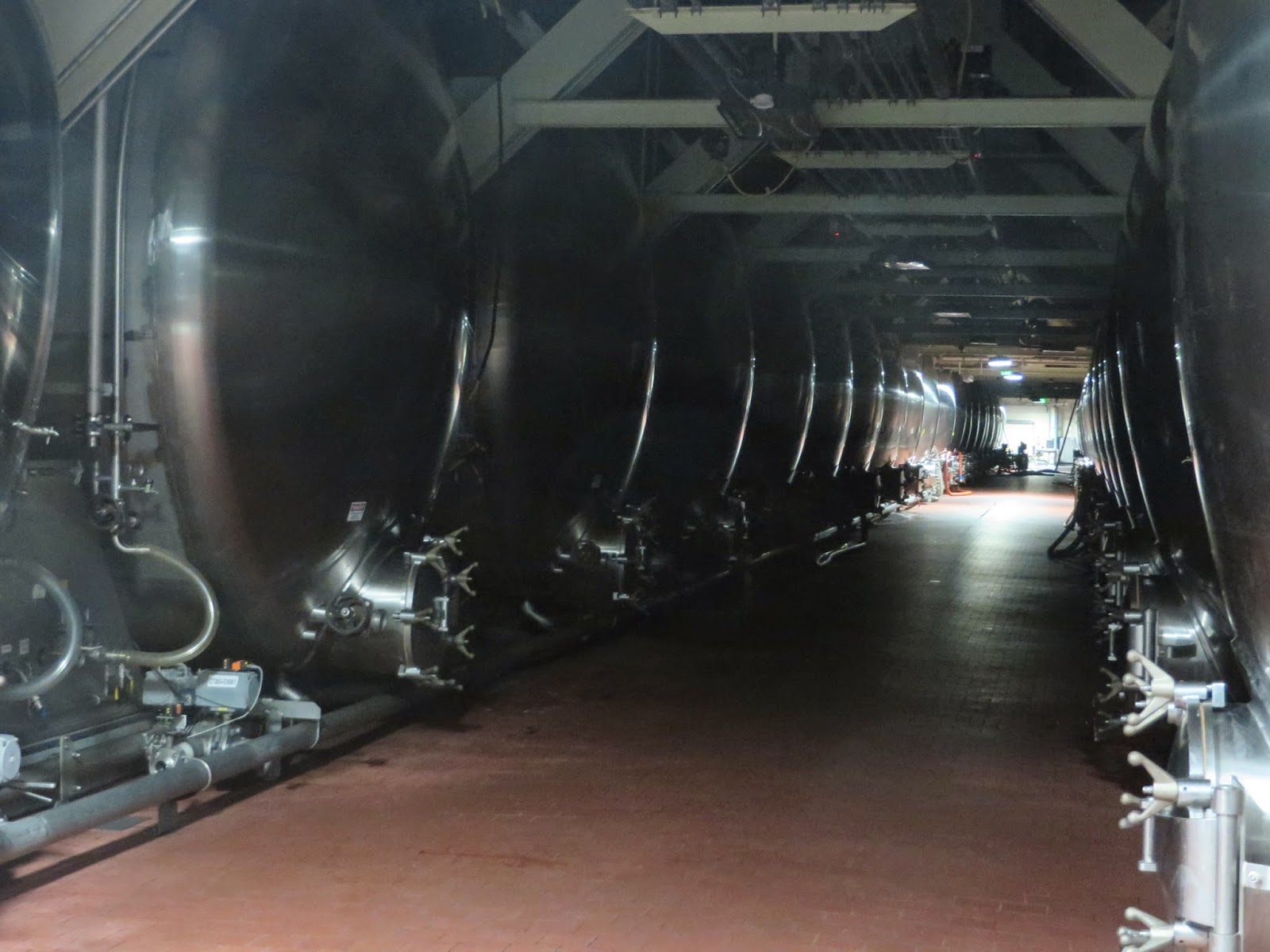 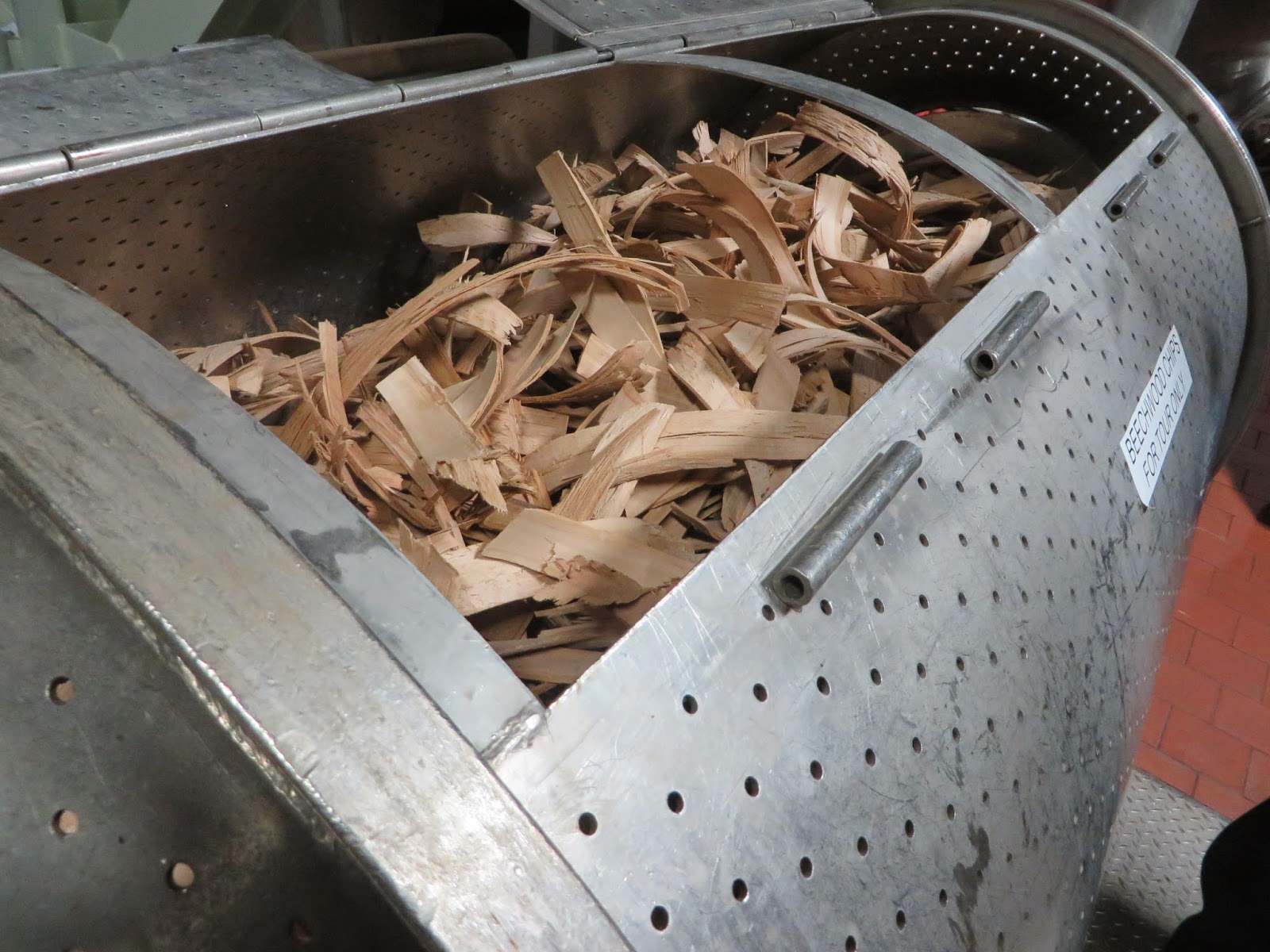 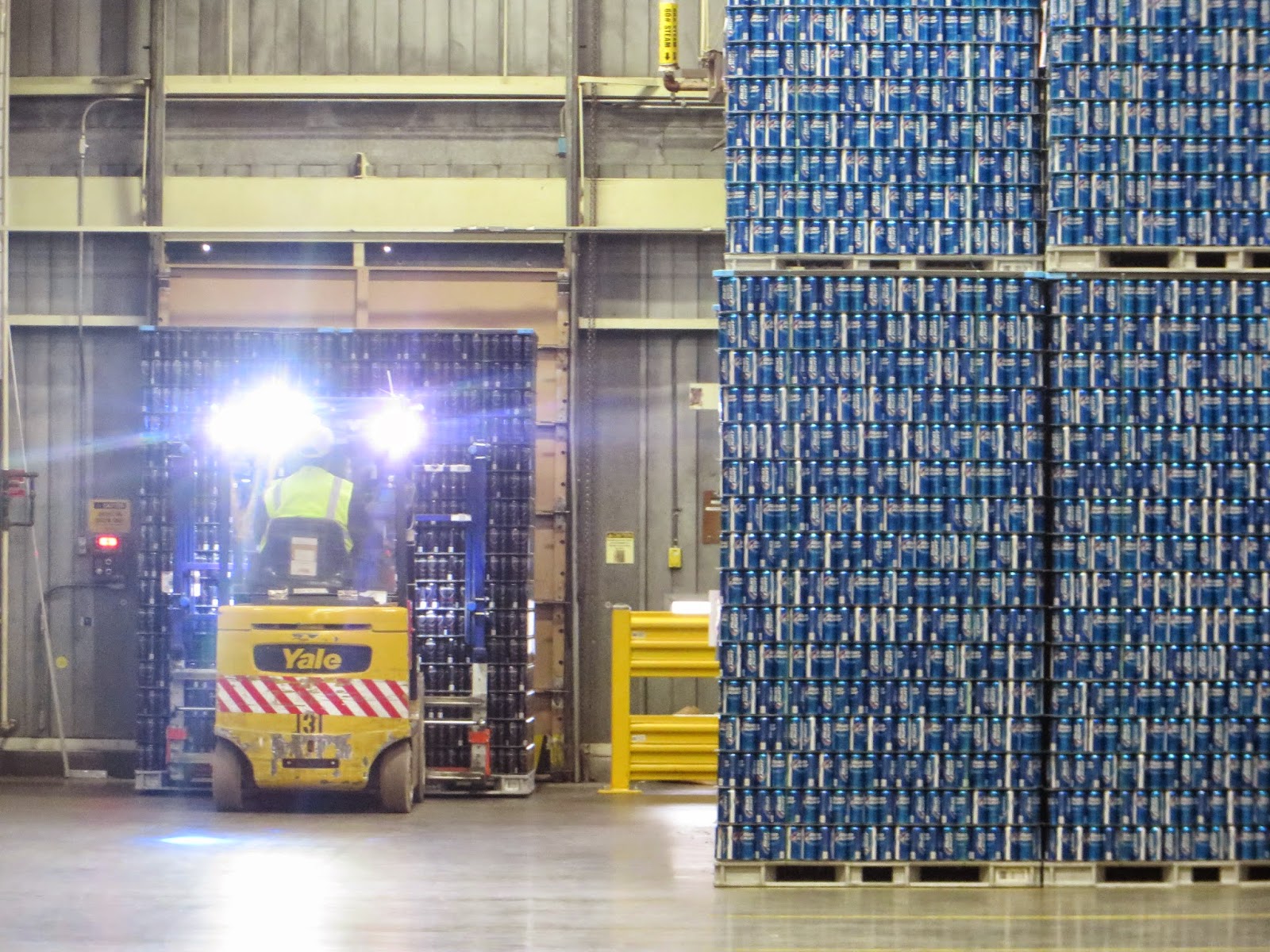 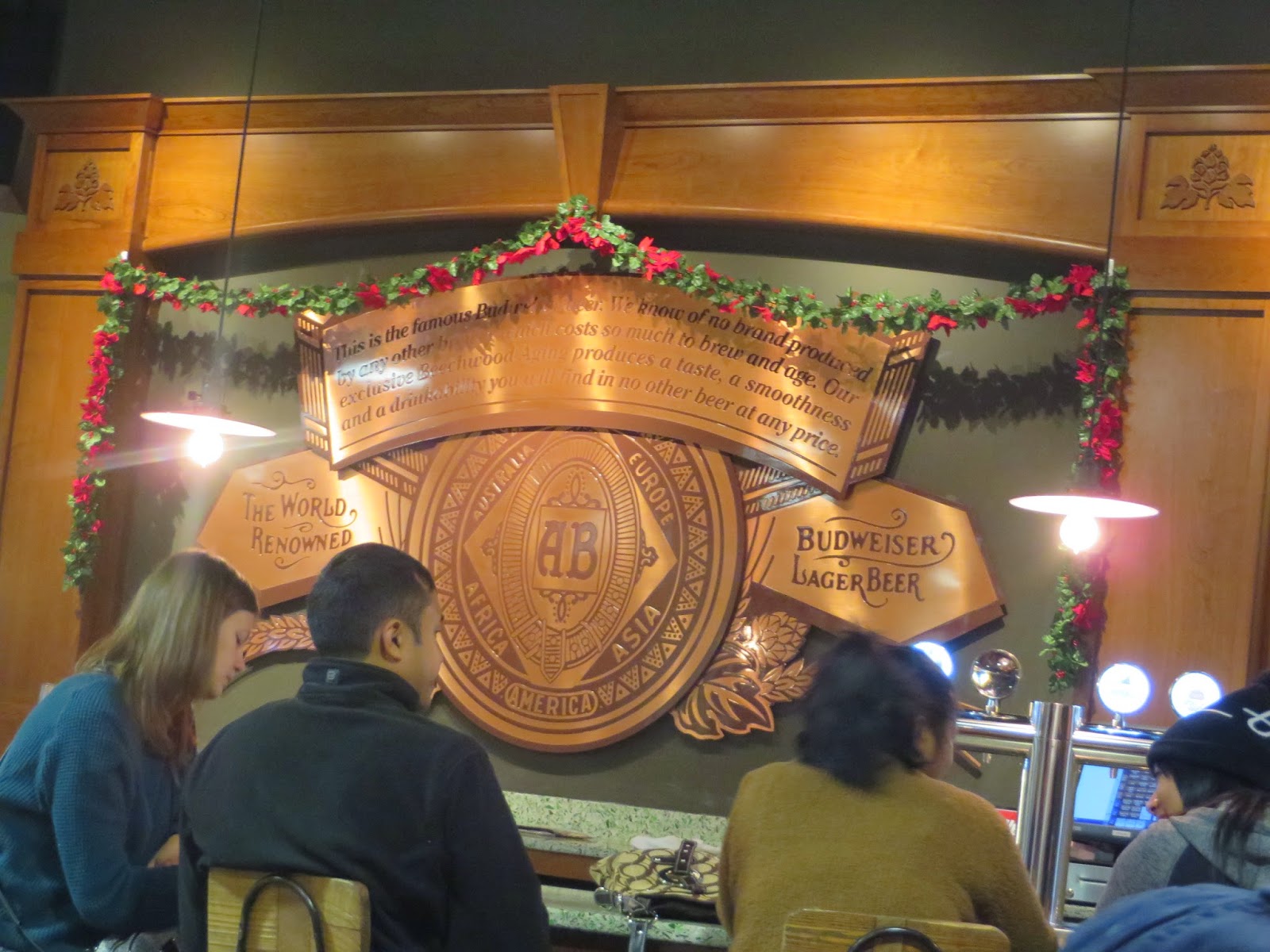 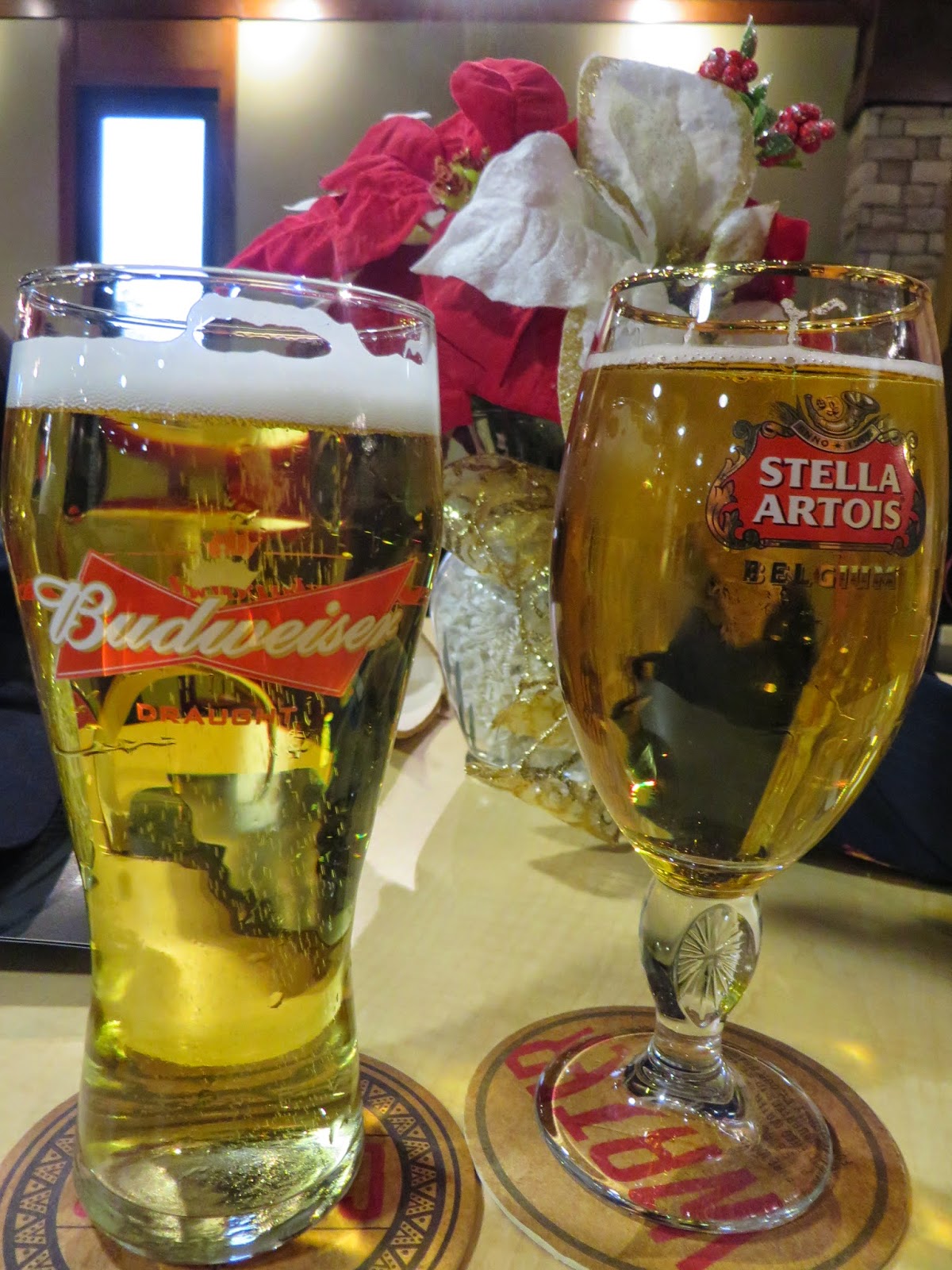