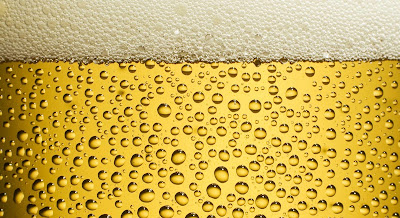 People still kick around the idea the craft beer might hit a bubble.When I say "bubble", it's about a concern that somehow, all these new and growing breweries might somehow fail. During the dot-com bubble fifteen years ago, we saw so many Internet based firms proliferate and spectacularly flame out. With the housing bubble, we saw housing prices increase and housing construction reach a crescendo, only to screech to a halt as the easy credit fueling the market became unsustainable. So it's not too unreasonable to look at the exceptional growth of breweries in American, couple that with our experience of previous bubbles, and conclude something similar could easily happen in the brewing industry as well.  On this, I have a couple thoughts to add.

There is psychological side to these beer bubble concerns. For such a long time in the United States, there was only a handful of breweries. We're just not used to seeing so many breweries in operation which can cause us to think something can't be right and all these breweries simply cannot be sustainable. I used to think this way myself. Those thoughts ended for good last fall when I visited some friends in Bend, OR, a town of only about 85,000 easily supporting more than ten breweries.  Yet, when I went to the local grocery store, I noticed plenty of people rolling through the check out line with stuff like Bud or Coors's Light in their carts. Given all the crowded brewpubs all over Bend while there were still plenty of people who could still convert to craft beer consumers, in no way did the craft beer market in Bend seem saturated.

The more you think about it, the more it makes sense.  Breweries like A-B InBev sell beer by the millions of barrels. That's a little less than the annual output of Sierra Nevada.  Ten brewpubs, each selling just a few thousand barrels of beer a year is still pretty small fraction of total beer sales in city of 85,000. The market can easily absorb that many small breweries and certainly a few more.

The second thought has more to deal with mathematics. If there will be a bubble, it will depend a lot on how fast the growth of craft beer's market share declines. Right now, craft beer is growing at a rate of 15-20% per year. Given that craft beer is only about 11% of the overall market in terms of volume, these torrid growth rates are actually sustainable for a number years.  But of course, they cannot last forever.

How will all this growth end? Will it be a gradual decline as the adoption of craft beer slowly reaches equilibrium or will things just hit a wall when everyone is converted to craft who can be and the rest of the market stubbornly sticks to their macrobrews?  This matters because a lot of future growth is built into the beer industries. I don't need to tell you hundreds of breweries are coming online each year. But more importantly, lots of established breweries are investing in major expansions. As more money is being invested to produce more beer, if the market demand suddenly stopped increasing, it could no longer absorb all the beer produced by this expansion. People who paid a lot of money based on future expectations could find themselves in a lot of trouble if they could sell enough beer to pay off their loans. That's how bubbles happen, folks.

My take is when craft beer's growth rate inevitably slows, it will do so at a rate that breweries can adjust to.  Suppose in 2016, the growth rate is 15%, and then in 2017, it's 12%, with 2018, 2019 and 2020 respectively being 10%, 8%, and 6%. Breweries will have time to reign back in their investments and adjust to changing market realities. On the other had, if the growth rate in 2016 is 15% and then it drops to 3% in 2017, there will likely be a whole bunch of extra unused capacity with costs and lost opportunity that could cause some breweries to fail.

My guess is that we'll see the former scenario rather than the latter. Habits like beer drinking tend to change over years, not overnight. Craft beer isn't some new fad, it's been around arguably for fifty years, and started becoming firmly established 20 to 30 years ago. As such, craft beer isn't going anywhere. While breweries will likely see more a more difficult business climate moving forward than the current go-go times and breweries will fail as any businesses do, the idea of a devastating craft beer bubble seems less and less likely. I certainly hope to be right.