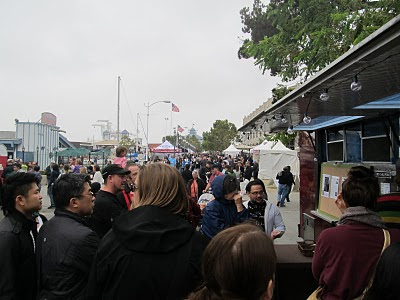 The Eat Real Festival used to be one of my favorite beer festivals. It claimed to have a wider mission of highlighting enivronmetally sustainable street food, but its first edition in 2009 could be best described as a great beer festival in Oakland's Jack London Square with a bunch of funky taco trucks parked around it. The beer shed would always be chock full of all sorts of special brews from Northern California's finest breweries, and every hour on the hour, a different brewer would be on hand at the Meet the Brewers Table to pour his beer and chat away about it. It was a great way to connect the beer you were drinking from where it came from and how it was made.

So perhaps it is a sign of the festival's success that this year's Eat Real Festival was no longer a great beer festival with a lot of interesting food, but a great food festival where you can still get a pretty good beer. The beer shed was still there pouring plenty of good selections from area breweries but ones most beer geeks are quite familiar with, and there seemed to be fewer specials and hard to find brews compared to years past. The Meet the Brewers Table was an unfortunate casulty of this new emphasis. 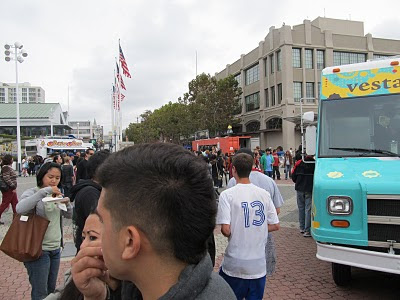 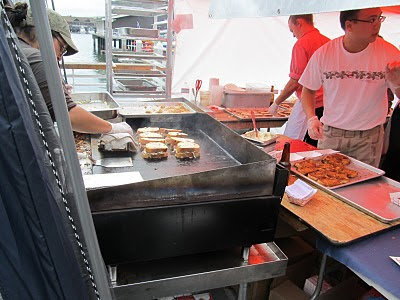 So the rightful stars of this years Eat Real Festival all the brightly colored food trucks. For five bucks, you could get a decent bite of street food inspired by the cuisines of The Philippines, The African Continent, India, Korea, Viet Nam, Argentina, Mexico, and good ol' American Barbecue. I tried lots of it, and am not a food critic, so don't expect any culinary insights, but let's just say all the unique street foods tasted good. Especially with a good local beer.

We all know about the modern American beer resolution, but is there anything more American than the food truck revolution? It's a revolution of small scale entrepreneurs serving up food from America's melting pot as they quickly maneuver their mobile restaurants to follow the ever changing mob of customers, all the while broadcasting their location to the world via the Internet so just in case they happen to be just down the street, you can run down and get a delicious Chorizo Egg Roll.

So I can't wait until next year's Eat Real Festival, even if the beer part of it won't be what it used to be. But can we get the Meet the Brewers Table back? 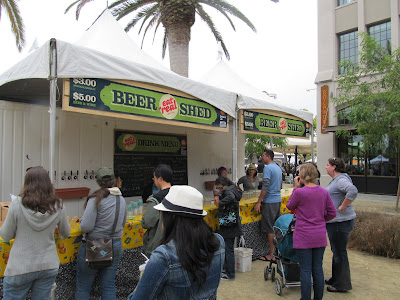