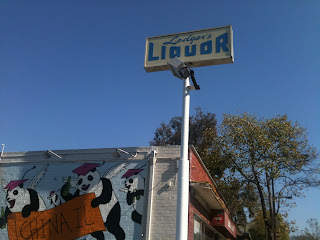 Walking into Ledgers Liquors in Berkeley, CA feels like walking into some sort of time machine set to 1977.  The faded light brown wood paneling adorned with traditional beer signs and the old linoleum tile floor underneath your feet come from an earlier, simple time.  Which you would probably expect from a family business started in 1935, and is now in its third generation.  But take a close look at the beer on the shelves, and Ledgers becomes highly contemporary, if not cutting edge.

Sure, the bottles are arranged rather haphazardly, seemingly where ever they can fit on loosely defined "domestic" and "import" shelves.   But search through this chaos carefully, and you'll find beers you rarely see anywhere else.  From this unassuming liquor store, I've found rare beers such as Dogfish Head's Hellhound on My Ale and Stone Brewing's Cherry Chocolate Stout, and there's always a wide menagerie of Russian River selections.   You do not earn the privilege of stocking beers like these on your shelves unless you've built the reputation of being one of the best bottle shops in the country.   Unlike other bottle shops which often host release parties announcing new beers with great fanfare, great beers at Ledger tend to show up quietly unannounced.  And lest you think this store is only for beer geeks, beers like Budweiser, Coors Light, and Keystone are prominently on display.   There's something for everyone here.

So all I can say is that if your looking for some of the most skillfully brewed beers in the world, or just need a 40 ouncer of Old English Malt Liquor to make it through your day, do the world a favor and buy something here to help support this great American institution. 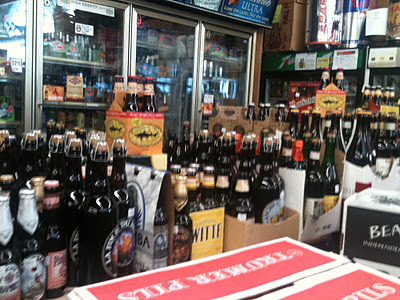 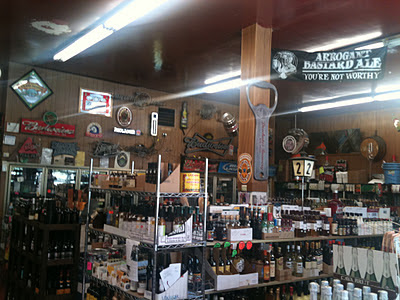 Email ThisBlogThis!Share to TwitterShare to FacebookShare to Pinterest
Labels: Ledger's Liquors of Berkeley