Wandering into the Angry Orchard 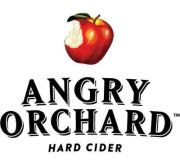 OK, I've pretty much ignored cider.  Maybe at a beer festival I'll try a sample or two of cider, and often it's some experimental pink or purple fizzy stuff with raspberries or olallieberries in it.  Of course, since my tongue is already seared by some quadruple IPA hop bomb or barbecue tri-tip by the time I get to sample any cider, it's hard to appreciate their delicate flavors.

Of course, if I really wanted to try cider, all I'd have to do is walk into my local grocery store.  Since Angry Orchard Hard Cider has recently expanded into California, they'd like me to do just that.  To encourage this, they sent me their three varieties of ciders to try.    Since my wife and I enjoyed sipping cider samples from wine glasses, it only seemed fair to tell the world about it, or at least the small part of the world that reads this blog.  So without further ado, here's the low down on Angry Orchard Ciders.

Angry Orchard Traditional Dry
Tastes like crisp apples with almost no sweetness, with a slight tanic bitter finish that tasted like apple peel and a low level of carbonation.  It's like drinking an crisp, slightly tart apple which may seem obvious, but it's a rather impressive feat of fermentation preserving the delicate flavors of the apple without creating any extraneous tastes.

Angry Orchard Apple Ginger
A little sweet, with more depth from a restrained use of ginger that gave this one an interesting twist.  Despite the unique flavors, I'd have to say it was my least favorite of the three, but my wife's favorite.  You can judge it for yourself.

Perhaps it's time to discuss the disconnect between the company name and the liquid in the bottle.  The subtle, balanced flavors of Angry Orchards certainly don't seem "angry".  I don't know where Angry Orchards got its name, but seeing how saturated we're getting with extreme, over the top products everywhere we look, wouldn't it be more distinguishing if Angry Orchards called itself, oh I don't know, maybe Harmonious Orchards or Artisan's Orchards.  OK, maybe those alternative names aren't the greatest, but the name "Angry Orchards" creates an expectation not actually found in the bottle, and comes across like a zillion other brands screaming for our attention that all just drown each other out.

Marketing discussions aside, Angry Orchards develops their balanced apple flavors by blending Italian culinary apples from the Alpine Foothills with French bittersweet apples from Normandy.   Their website goes on to describe their lengthy fermentation process that includes wood-aging.  As a comparison, I picked up a six-pack of Woodchuck Amber Hard Cider, which I also liked, but noticed it had a sweeter, less developed flavor, and was more akin to carbonated, slightly alcoholic apple juice.

Cider seems a great substitute for white wine, especially when you want to keep yourself sharp with its lower alcohol content.  So maybe it's time for me to give ciders there due, and next time I'm at a beer festival, to skip the barbecue and hop monsters and go straight to the cider.