Hear Me Out on Redhook's Audible Ale 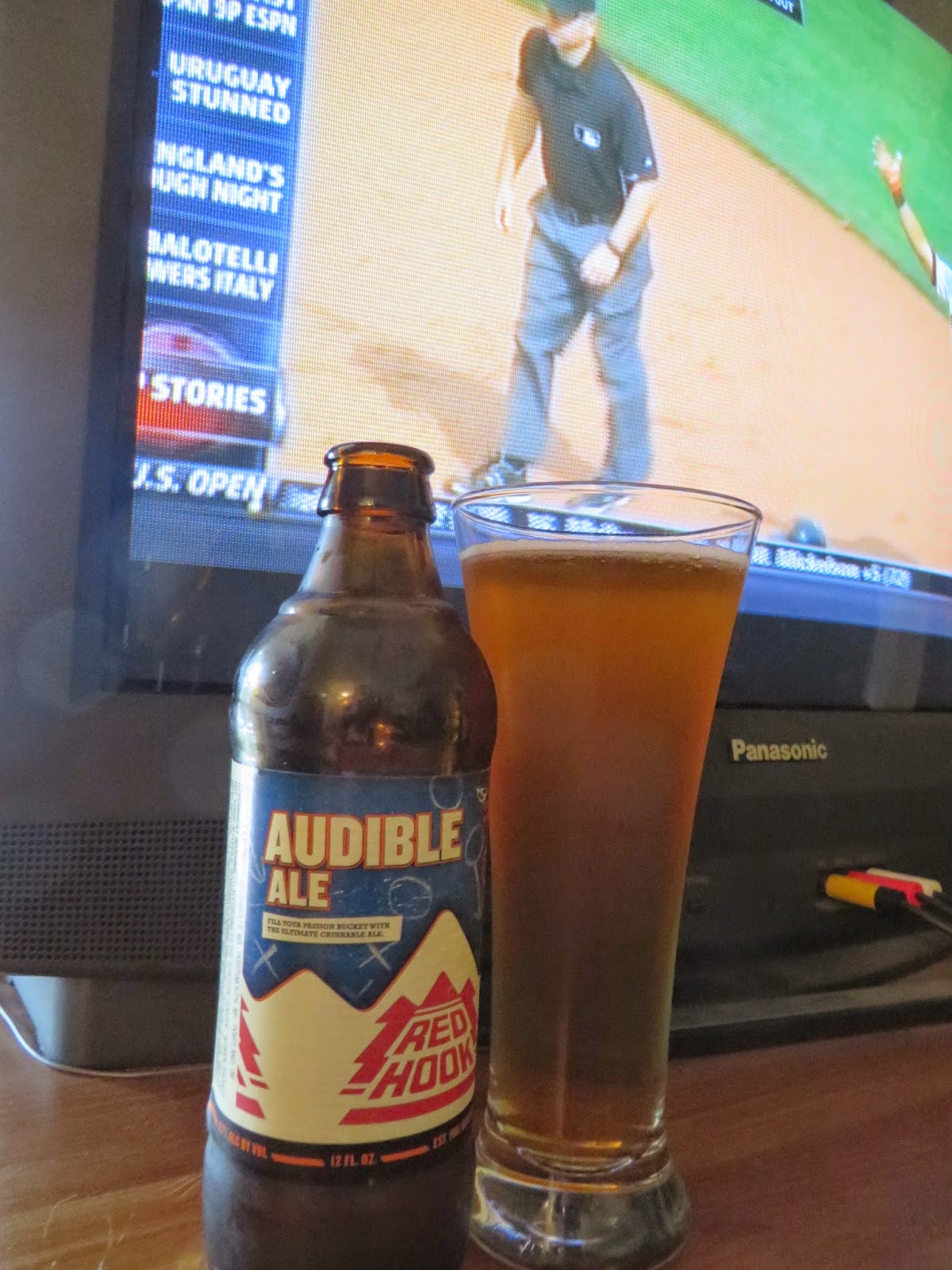 Redhook's Audible Ale sounds like one of those tired sports marketing gimmicks.  At least that's what I thought when I when the press release landed in my in-box, declaring Audible Ale the official craft beer of The Dan Patrick Show.  OK, I find sports radio personality Dan Patrick to be one of the least obnoxious personalities of his genre.  Apparently Dan Patrick and his in-studio team, The Dannettes were involved with everything from the beer recipe to the packaging and even the tap handles.  I was about to dismiss this as yet another marketing pitch when a small fact suddenly caught my eye.

“We’re incredibly proud of Audible Ale,” gushed Redhook brewmaster Matt Licklider in the release. “Our goal from the beginning was to brew a beer that stayed true to the style and exhibited lots of flavor, yet was sessionable enough that drinkers could enjoy more than one while watching the game. Since the initial launch, feedback has been incredible from both longstanding Redhook fans and new fans."

Redhook asked me if I wanted to sample Audible Ale, and not one to turn down award winning beer, I agreed.  I can see why it won gold.  It's got this interesting flavor combination of light, toasty malt with a little nuttiness to it and a grassy hop finish.    It's one of those highly underrated beers that can effortlessly recede into the background during a night out, yet contains all sorts of subtle flavorful complexities should you wish to focus on them.

Which got me thinking, what specifically did Dan Patrick actually contribute to final Audible Ale brew?  Did he simply take a few swigs and say, "Yep, that tastes pretty good." Or did he determine the optimal mashing temperature, formulate the hop composition, or provide his own yeast strain?   Could there come a day when Dan Patrick leaves the broadcast booth to start his own brewery?

I'm afraid my query to through Redhook's public relations team was inconclusive.  Asking my Redhook public relations contact for more specifics on Patrick's contribution to Audible Ale, he assured me that Dan Patrick's involvement "is far more than your standard endorsement deal. Dan Patrick was a Redhook fan before Audible Ale and he’ll be a fan after Audible Ale. One thing of which I can assure you is that he worked hand in hand with Redhook  brewers and was, shall we say, very involved in product testing throughout the development process."

Make of that as you will.