Cultural Destruction and Discovery on the High Desert of New Mexico I have a word of advice for anyone planning to go running in Las Cruces, NM in late July. Head out early. Or really late. If you don’t hit the roads before 8 am, expect to be running in 90+ degree temperatures until late into the evening.

While in New Mexico visiting the in-laws, these morning runs turned out to be an ideal opportunity to get what my high school coaches call ‘climatized” for an upcoming half-marathon in Sonoma County. I don’t expect half marathon conditions to be anything like the furnaces of Las Cruces at 8 in the morning, so banging out some miles on the hot roads seems like an ideal way to be prepared on race day.

What I wasn’t ready for were all the changes long time Las Cruces establishment High Desert Brewing. I had last been to High Desert Brewing 2 ½ years earlier and back then in the back adorning the restroom entrances was the finest collection of Elvis portraits on black velvet West or East of the Mississippi. And now they were gone. It is no exaggeration to say that this loss of this critical artwork was the brewpub cultural equivalent of The Louvre being nuked. I finally got an explanation from High Desert's sympathetic dishwasher, who told me the velvet Elvis’s were removed when the walls were recently painted, and for some unexplained reason, were not returned to their places. In fact, all the walls were white and largely barren. I remember the walls and even the ceiling of the place covered with snapshots of smiling people, either on vacation or happily drinking a beer, and now these were gone with the exception of one small corner of the ceiling.

Somehow, these barren walls didn’t affect the neighborhood vibe of the place I remembered from the last time, or the high quality of the beer either. Linda and my favorite was the rich and roasty red ale which High Desert calls appropriately enough "Red Ale". We also recommend their tasty IPA and Dark Bock beer, which High Desert apparently sees no point in giving a name to either. 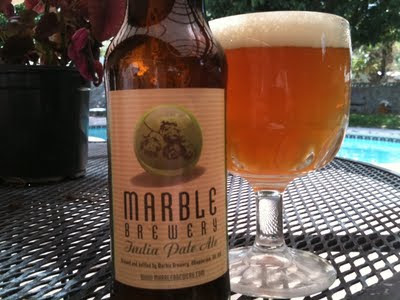 I’m willing to bet snapshots will start creeping along the walls, covering them in an organically ad hoc fashion again. On can only hope the Elvis paintings will be restored. Our dishwasher friend gave us one last word of advice before we walked out the door: "Give Marble Brewing a try." Since he selected a Cramps CD for the evenings background music, I carefully heeded his words, as his taste was clearly impeccable.

And try Marble Brewing we did. It turns out this brewery in nearby Albequerque makes a pretty good IPA, with its bready malt standing up to the strong, slightly fruity and grassy hop goodness which hit the spot after an afternoon cooling off in the backyard pool. Marble Brewing apparently sees no reason to give their IPA a name, either. 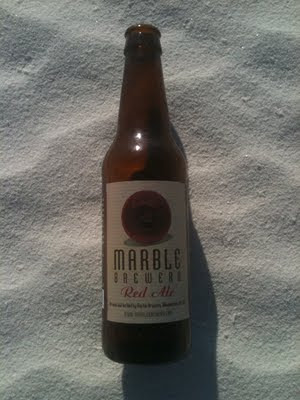 A day at White Sands National Monument sliding down bleach white sand dunes in snow disks and grilling burgers went even better with Marble Brewings Red Ale. It's pretty hop forward red ale, with the caramel malts coupling with a decent amount of Crystal, Cascade, and Simco hops to create a favourable and slightly astringent brew.

I have no reason why brewers in New Mexico simply call their beers "IPA" or "Red Ale" and seem to have no interest in naming their particular interpretation of each style with the goofy puns or alliterative place names favored by most breweries. But then an cooling off with an "Illegal Alien Ale" or "White Sands Wit" does seem rather out of place here. It's a beautiful, but harsh and unforgiving land and not a place to start getting cute and fancy. 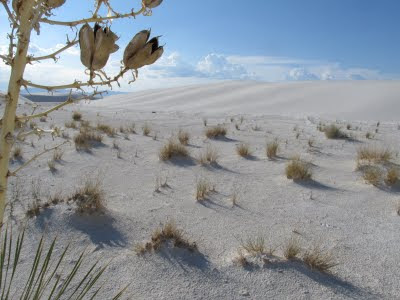